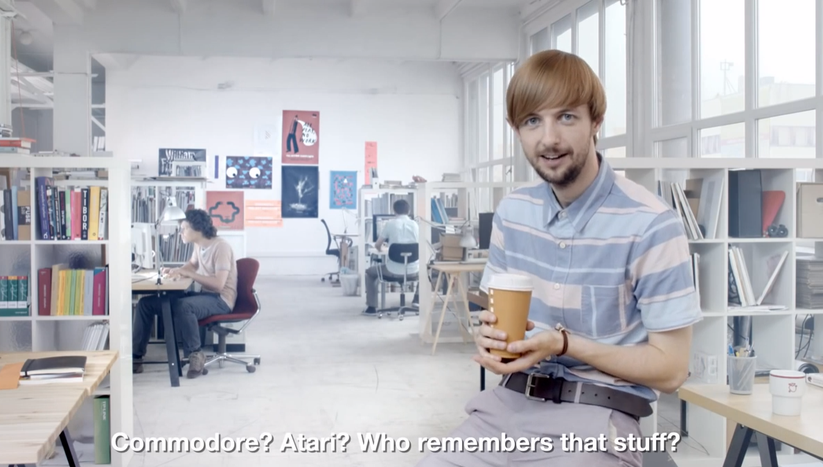 Andrzej Wajda won an Oscar. The first computers (Commodore and Atari) were made by Jacek Trzmiel. Stanisław Lem’s books were translated into 40 languages. ‘Who remembers all this?’ asks a character in a new internet video campaign, released in summer 2013. Is complaining really a Polish hallmark? Our Hungarian, Spanish, Belarusian and British guests on whether the stereotype is fair or funny

Poland. Come and complain, created by Jan Mosiejczuk and Tomasz Chojnacki of the advertising company Blacklama, is a campaign aiming at an unconventional promotion of Poland and Polish culture abroad. The producer is Warsaw-based studio Papaya Films. The creators of the tongue-in-cheek campaign allege that this is the thing that Poles like doing the most. The three short spots, all around a minute long, were released this summer and have become a viral success. We ask Poles and former expats who used to live (or still do) in Poland for their reactions.

‘I really don't think the campaign works in being very funny or promoting Polish culture. The taxi driver (below) is probably the funniest of the lot. The videos are funny from a Polish perspective, so I think I get it because I've lived in Poland. But a lot of people would watch the videos and think, what's it all about? Poles have no reputation of being complainers or pessimistic in Britain. They are viewed as hard working people who drink more vodka than beer (by people who haven't travelled much anyway). The only British people who know about this pessimism have actually lived in Poland. Secondly, this thing about polar bears is something that I've talked about loads with mates from other countries and none of us have ever heard about it before. So having a polar bear in these videos will have absolutely no significance for most viewers.

British people do like to complain but not to the same extent as Poles. We love to complain about the weather with people we don't know, but most other subjects aren't complained about with people you don't know well, unless you are certain they will share the same opinion. Whereas a Pole might end on a negative, quite often an English person will end on a positive. For example someone might say: ‘Life's shit, so you might as well get pissed and have a laugh when you can’, or: ‘Life's too short not to enjoy yourself.’ Generally Brits/ English people are much more optimistic. However like with all nations when we're with close mates and family, everyone complains about everything’

‘The films aroused my interest but I don’t find them funny enough to gain widespread popularity. The main target audience of the campaign will be curious Poles rather than foreigners who these films are supposed to be attracting to Poland. In fact, this ‘complaining element’ of Polish people becomes visible the most when they talk to each other. We are more optimistic and friendly when we interact with foreigners. So tourists might not ever have a chance to notice this pessimistic, side to Poles’

‘These short spots reminds me of the ‘Why didn't you invest in Eastern Poland’ campaign which was also unconventional enough to generate an international debate. We Hungarians are very similar. Some people love complaining, while others complain about those complaining all the time. That is probably part of the reason why a Hungarian can really blend in in Poland (and vice versa). Our cultural background and ways of thinking are very similar.

The only difference I see is that Poles are generally a bit more pessimistic, while Hungarians more proud of any even slightly Hungarian-related achievement. For example you will hear many people boosting about the national water polo team winning the olympics three times in a row, while in Poland the reaction would rather be: ‘Nobody gives a shit about water polo anyway’

‘These videos were quite surprising; either I've forgotten what Poles are like or I've never met them to the full extent. This is a very weird attempt to promote Polish culture as it gives place to rising of prejudice and negative attitude to Polish culture instead of promoting it’

‘I pissed my pants; congratulations to the creators of the project. The films are professionally made, the English translation is transparent – the campaign attracts attention. However if I hadn’t done some further research, I wouldn’t have guessed that the films were meant to promote Polish culture. Maybe the thematic should be presented in a different way. Yes, Poles do complain a lot - but it’s mainly our parents and grandparents generations who do so. Young Poles complain far less, if even at all'

'I have never had this vision about Poles. I lived with seventeen Poles for a whole year and they are extremely funny. Their ironic and sarcastic sense of humour makes excellent companions out of them. They seem to be very good ambassadors of their culture, which goes further than drinking vodka and Madame Curie. As a person who complain all the time, the Poles still have a lot of work to do if they ever want to become ball-breakers like us Spaniards'

Translated from Poland. Come and complain.