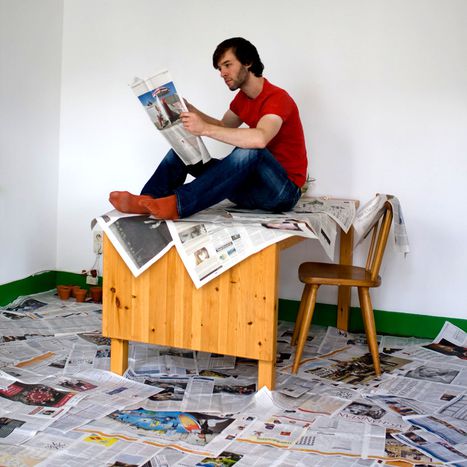 Vox-pop: Being a young journalist in Montenegro

I want to intern at a fashion magazine. I want to stop the assassinations of Montenegro's journalists. I want to wake the people up to the freedom that they have. Three twentysomethings from the capital, Podgorica, explain honestly why they chose journalism in a sometimes bleak Balkan world

‘Nobody should feel good because the media liberties in Montenegro are so low. The issue of journalism in Montenegro is closely linked with the EU integration process, which is very good because the pressure from Brussels could be a reason for major changes. Changes in both the law and in the mindsets of public officials are needed in order to ensure safe working conditions for journalists. All cases of threats, violence and murders of journalists must be duly investigated in a timely and forthcoming manner, with the results are made transparent to the general public. In recent years, Montenegro has witnessed a disturbing series of violent acts against journalists. Some serious cases are still unresolved. A crime against a journalist is not a ‘normal’ crime, but an attack against one of the foundations of a democratic society. For example, Dusko Jovanovic, editor-in-chief of the daily Dan, was shot dead in a drive-by killing in 2004. His murder has not yet been fully solved. This cannot happen in an EU member state, I am sure. But, unfortunately, it can in Montenegro.’

‘Being a journalist student in Montenegro isn’t the easiest thing in the world. We have really good teachers, but we have obstacles such as missing the practice organised in co-operation with our faculty and seeing mostly bad examples of journalism in the media around us. I want to become a fashion journalist. How to do that in a country with only two fashion reporters, little media space for or even a fashion industry to present to the public itself? Television shows on fashion events, people and trends are mostly picked and bought from foreign TV channels. If Montenegro does show up anywhere on the scheme it’s to occasionally ‘jump in’ and promote one fashion store or another.

As for fashion magazines, dream on. We gained independence from Serbia five years ago but most of the lifestyle magazines we read are still published in Serbia or another neighbouring country from the region. Our market is pretty small for some huge publishing companies so the idea of having our own fashion magazine remains a wish. Magazines such as ELLE, Grazia or Vogue are published in Serbia and Croatia but not in Montenegro. An internship in a fashion magazine can only be an illusion here. You need more than a strong desire to produce a fashion magazine: you need large funds and well-educated journalists as well as fashion brands at home. Some of our designers make random, not seasonal collections (depending on the economic situation). The Kotor fashion week is held each year in July and showcases world-famous brands and designers, but more agencies are organising runways and small-scale fashion weeks each year, focused on native and regional designers. As we see progress each year I don’t doubt that the same won’t happen with fashion in media and in our lives. New generations of journalism students like myself must mean that in time we’ll be reading ELLE magazine in Montenegrin and promoting fashion as a way of feeling.’

‘When my journalism professor asked me why I decided to study journalism instead of law or economy, I answered that journalism was a mixture of literature and politics. But I left out one of the main reasons, the reason why the majority of the class picked journalism, and that’s the fight for human rights. Journalism is the main protector of freedom and democracy in the whole world. It’s a cliche that we cannot run from, but living in a ex-communist country that’s in its transition phase to one of the world’s youngest democracies, made people forget and repress the need for personal freedoms. Living by the saying ‘It’s great now if you remember how we lived in the past’ is how people in the Balkans satisfy themselves with the crumbs of freedoms that the political parties are offering. The job of every journalist in this part of Europe is to prepare the people for their awakening. Unfortunately the rule of the people left the Balkans long ago. It was replaced with rule of powerful individuals, so we have a lot of work to do.

Theories claiming that people in the Balkans are predestinated to fight each other and that the power struggle between the countries that started during the communism era and continued to exist in ‘democratic’ times won’t end by entering the European Union, are crushed by the pictures of cooperation between young people from Croatia, Bosnia, Serbia, Montenegro and even Albania. The hatred that created ideas like the one about Great Serbia or Great Albania, should disappear along with the people that promoted these sick nationalist ideas. No more repeated scenes that we saw in Belgrade during the 2010 gay pride parade. Thousands of young people wearing nazi signs and shouting fascist slogans in a country that’s so proud of its anti-fascist history is just unacceptable.

I picked journalism in a country that ranks 105th on the 2010 Reporters without borders press freedom index, alongside Angola and Niger. It’s a country where the courts punish the newspapers and fine them thousands of euros just because their writing is directed against main political figures in Montenegro. I picked journalism because by doing my job, one day people will remember my generation and know that we brought real freedoms to this small country and erased the picture of Balkan nations as wild or savage. Don’t get me wrong we are pretty wild - but strictly in a good way.’