Voices of Refugees: A journey to the end of the world

Since its first screening at the European Parliament, the film Voices of Refugees has made its way all around Europe. Cafébabel met Alexandre Beddock, one of the documentary's directors, who explained how this experience made a huge impact on his life.

I'm going to tell you a story. A story that tells the stories of others. It's about a project that gave a voice to those who didn't have one.

We're in Parc Maximilien in Brussels in 2015, and the migrant crisis is at its peak. Hundreds of people are arriving in Europe from Syria and from other countries in the Middle East and Africa, following routes they have had to come up with themselves. On a political level there is no unified response, whilst on a social level we are witnessing an increase in racism and xenophobia aimed at immigrants on one hand, and an increase in civilian initiatives to help migrants on the other.

Alexandre and Ieva, normally work colleagues at an NGO that focuses on youth rights, are protagonists in this film that brings us face-to-face with some of the refugees. Unable to choose passivity in this crisis, they decide to dedicate their free time to volunteering at Parc Maximilien. They get to know the newcomers, listen to their stories, and think. They think and think some more, until they come up with the idea to devise a project. Once they have the necessary subsidies, it is time to act.

"One of the most moving things happened to me one evening as we were all sat around a fire. There were people playing music, whilst others sang and danced. Many of them were in their tents but as soon as they heard the music, they came out and joined the party. It was a unique moment of harmony and kinship; even though we were in one of the worst camps in Europe," Alexandre tells cafébabel. 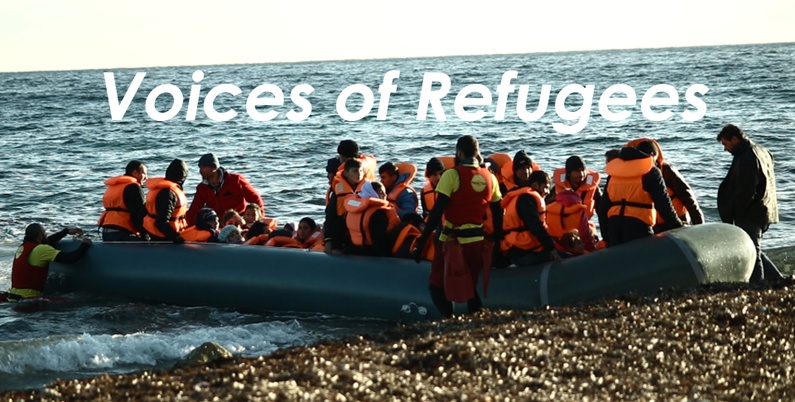 The journey continues to Šid, a Serbian town on the border with Croatia that has welcomed a large number of refugees since Hungary closed its borders. "The goal of the documentary? Without a doubt it is to restore some humanity to what we call 'the migrant crisis'," Alexandre says. "The number of people in emergency situations leaves no room for doubt: we are living through a serious humanitarian crisis, but our political inaction, which is allowing these people to reach a point of total despair, has transformed it into a humanitarian crisis."

In 2015, Belgian citizens started a movement called the Citizen Platform for the Support of Refugees [Plateforme Citoyenne de Soutien aux Réfugiés, Ed.]. With the help of hundreds of volunteers, the movement allowed these people to enjoy a warm meal, a tent to sleep in, and psychological support. "The message to politicians? If we can do it, they can change something too. We need a united Europe to integrate refugees and value them as much as we value resources," Alexandre adds.

"I want to stay here, I want to give back to the country that welcomed me. I want to build it and do something to thank those who helped me," Salam explains in the documentary. "He talks about construction because in Iraq, he owned a construction firm," we hear from Hala, a 27-year-old Lebanese PhD candidate in Geography in Brussels, and volunteer at Parc Maximilien. "Doing volunteer work with refugees has been a very enriching experience. It allows you to reflect on your role as a citizen, but also to learn how to behave with, for example, those who are the same age as you but find themselves on 'the other side'. I remember once we were giving out bananas in the field. I gave one to a boy, who thanked me, and then he gave it to a volunteer sitting in front of me. It was to show me that he didn't need it."

"Did we stay in contact? Of course." Alex says. "Some of them got their documents amd found a place to live. Some managed to enrol in university. Unfortunately, a lot of them are still waiting for their paperwork, and when they live on the outskirts of villages, they spend their days doing nothing. It's sad for them, their saga never ends." He doesn't hide his emotions, and you can see the emotion in his eyes when we talk about the last screening of the film. "It was at the Iraq Day organised by the Platform. For the first time, we showed the documentary to an audience made up almost entirely of refugees. It was an indescribable feeling; many of them thanked us. At that moment, we felt that we had achieved something important."