Welcome to Part I of Voices of Lampedusa, curated by photojournalist Alessia Capasso from cafébabel Brussels, gathers together a series of interviews with those who are personally experiencing (or studying in depth) the consequences of European policy on life on a small island in the Mediterranean.

We'll begin Voices of Lampedusa with an interview with Antonio Mazzeo, an Italian peace researcher and journalist who has published several essays on conflicts in the Mediterranean area and on human rights violations. He received the 'Premio G. Bassani - Italia Nostra 2010' prize for journalism and began working as a militarisation expert with the Collettivo Askavusa di Lampedusa (Lampedusa Askavusa Collective), which is involved in several struggles in the area. The installation of new military radar on the island a few months ago, justified as well by the need to monitor migrant routes, has led to numerous protests among citizens. Starting with Triton, the new Frontex operation, we're back with a series of questions in order to gain a clearer picture of the relationship between EU migration policies and the process of militarisation in the Mediterranean.

cafébabel: Based on your experience with issues surrounding militarisation, do you believe that Triton contributes to the militarisation process in the Mediterranean? In what way?

Antonio Mazzeo: Triton is a military operation, managed by the military in a military fashion. That necessitates military contributions and new warfare technologies (ships and planes, patrol boats, aeronautical systems, unmanned surveillance aircraft, radar and satellite systems). From this, it follows that the operation can only reinforce the process of militarising this incredibly important geostrategic area, where the new wars on migration are being added to so many decades long conflicts, as well as the West's neocolonial domination strategy.

Cafébabel: The end of Mare Nostrum is regretted by many humanitarian organisations. Do you believe that military rescue was perhaps the correct way to help migrants? 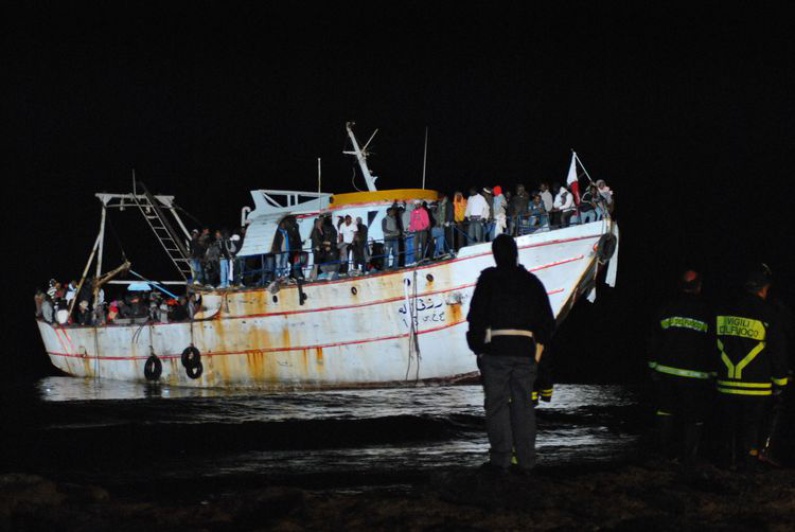 Antonio Mazzeo: I continually do not understand nor share in the 'regrets' nor the praise of Mare Nostrum expressed by NGOs, human rights associations, or social organisations. In addition to the mystification and propaganda by the Government and armed forces, the operation's unsustainable financial costs and original scope continue to be hidden. With Mare Nostrum's aereonautically powerless plan, the government aimed at preventing as many departures as possible from the coasts of Africa by projecting national boundaries as far South as possible (witness the use of Italian drones up to the borders of Libya, Chad and Sudan), legitimising the role of the Armed Forces in terms of public order and containment of the 'immigration menace.' It was also aimed at obtaining financial contributions from the European Union to compensate military forces and offer new investment opportunities for the military-industrial-financial complex. In the end, the big Navy war units were transformed into a 'rescue' operation and transported to Sicily in the hope of turning back and dissuading departures. From that comes the Government's demand to find the most honourable exit strategy possible. And so pressure on Brussels and now the Triton hybrid. . .

Cafébabel: Is it possible that Mare Nostrum was a key step towards a larger project, created to be seemingly 'humanitarian,' but already destined to escalate into Triton?

Antonio Mazzeo: Yes, originally it was also intended to reinforce international military control in the Mediterranean under the Nato and EU banner, framed as a new war against migration and migrants. Italy, after trying to do that first, found itself substantially isolated. I imagine it was because the armed forces and the governments of European partner countries understood right away that a similar operation would fail to meet their objectives or would have produced the boomerang effect of making the movement of migrants in the Mediterranean less complicated and risky. Triton is none other than a reductive compromise that Renzi, Alfano and Pinotti obtained in Brussels to curtail Armed Forces expenses and 'commitments' in the 'struggle against migration.'

Cafébabel: What roles in general do Lampedusa and Sicily play on the international scene?

Antonio Mazzeo: Lampedusa has for decades been one the most important 'eyes' of the USA and Nato on North Africa, a vantage point aggressively projected against Gaddafi's Libya. The small island hosted an important telecommunications station (the Loran C), owned by and for the exclusive use of the US Coast Guard, that was probably also utilised for intelligence and international espionage operations by the NSA agency. Old and new conflicts in the Mediterranean and this very Triton are reviving Lampedusa's role as the “primary port” of arrival and “prison-camp” for migrants and asylum seekers, are already acting to reinforce national military operations on the island, with the arrival of new Frontex agency operators and the installation of ever more sophisticated radar and telecommunications centres, some of which are financed and made up by NATO.

Cafébabel: There is a current protest on Lampedusa against the new radar installed to monitor migrant routes. In the past, you have monitored the consequences of radar on the local population. What are the risks? 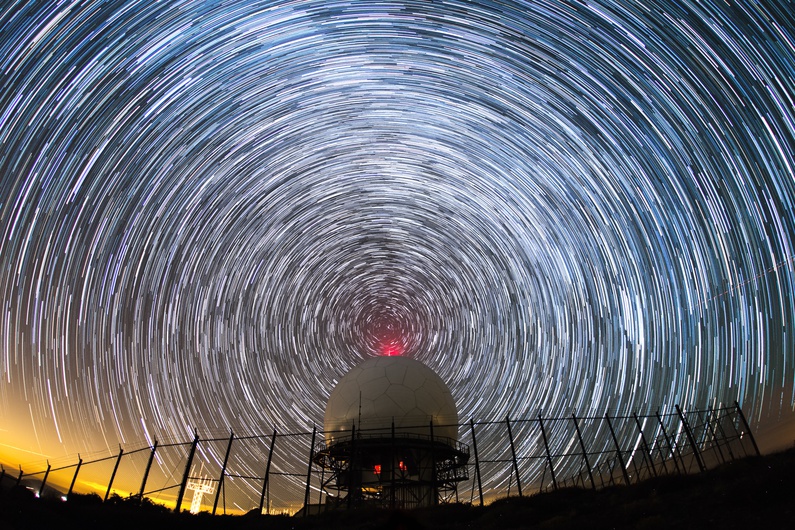 Antonio Mazzeo: The first negative consequences are of the landscape-environmental type. More and more, installations (steel and cement infrastructure, transmission towers, parabolic antennae) are being built in places of extraordinary beauty, sometimes right in the middle of natural reserves and sites of public interest. In reality, radar and telecommunications stations are electromagnetic bombs that subject the population to extremely dangerous levels of toxic waves, with very serious health consequences. Scientific studies have proven the high frequency of illness and serious tumor formation among inhabitants of Niscemi, where the US Navy's largest telecommunications station in the Mediterranean is located and where the land terminal for MUOS, the new United States satellite telecommunications system, has already been installed. On Lampedusa and Linosa as well, cancer cases among inhabitants have now reached extremely worrisome levels by comparison with the rest of Sicily. Is there anyone who can assert that the jungle of radar and cellular telephone systems is not one of the causes triggering this extremely serious public health situation in the Pelagie Islands?

Cafébabel: Who do you believe are the principal actors in the European Union interested in a military presence in the Mediterranean? And why?

Antonio Mazzeo: France, Spain, Portugal and Greece seem to me to be the key actors, but we shouldn't forget Great Britain, that on the one hand is boycotting Triton, while on the other, reinforcing its own aeronautical projects in the Mediterranean or on some Greek bases. It's only Germany that aims to conquer both military and aeronautical leadership in Southern Europe and is more and more frequently using air bases in Sardinia for their own extra-area exercises and operations. And then there is little Slovenia, the only EU country that has furnished a symbolic technical-logistical support to Operation Mare Nostrum. Last but not least, the non-EU countries that the EU, Washington and Nato have for years entrusted with integrated strategic functions on the Mediterranean and Middle Eastern scene: Israel and Turkey in particular, two local powers where the links between political power and the military-industrial complex are very strong.