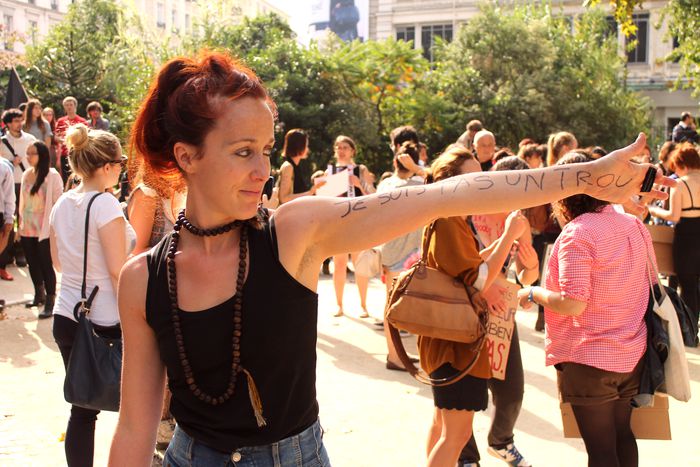 On the 28th of September, people assembled in cities around France for the Slutwalk, a rally against victim-blaming and slut-shaming which originated in Toronto in 2011. Now, people gather for Slutwalks around the world to march for the rights of women; ‘because we’ve had enough.’ The message: rape is never the victim’s fault and no means no. Gallery and interviews from Paris’ Marche des Salopes 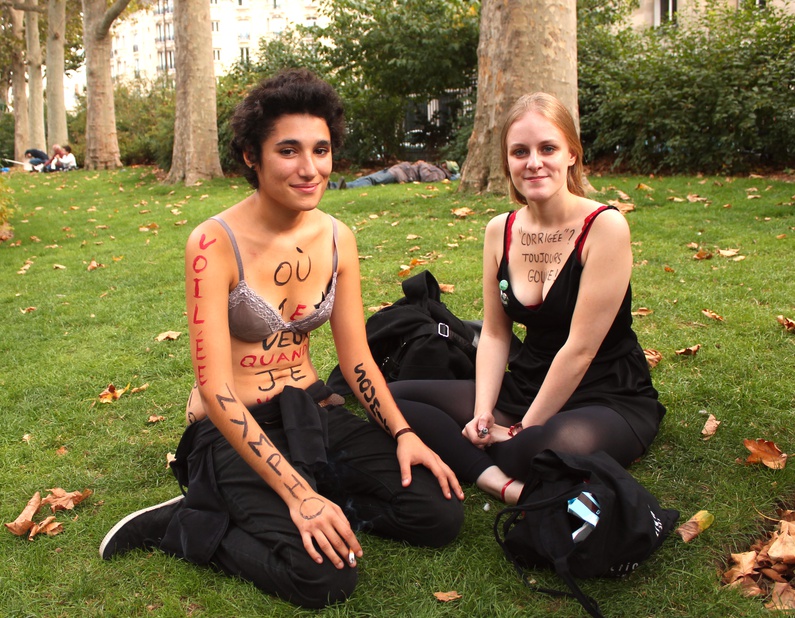 Léa, 20, Paris: ‘I consider myself a feminist. It's my second Slutwalk, and I'm marching today to remind people who the real victims of rape are - and it's not the rapists.'

Alexandra, 21, Normandy: ‘While I disagree with some of the opinions of the organisers of the Paris Slutwalk, I think it's important to join together to try to change people's mentalities about rape and street harassment. While I was willing to speak about own experiences of assault, nobody was willing to listen to me' (ed. written on Alexandra's breasts is the message: 'corrective rape? I'm still a lesbian'). 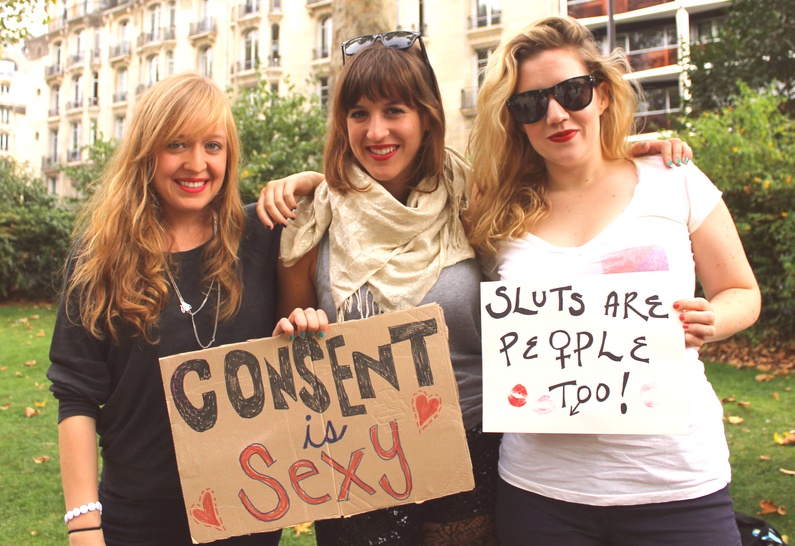 Sarah, 23, Boston: ‘On the streets of Paris I’m defensive all the time. Because I’m foreign I don’t know what to say, I feel like if I speak in English I’m even more vulnerable. The Slutwalk feels like a chance to say all the things you didn’t get a chance to say when someone was like ‘hey baby’. I am woman, hear me roar!’

Sarah, 30, Washington DC: ‘I consider myself a feminist. It’s about having a choice – whether you wanna stay home and have kids, or you wanna be a career woman, or you wanna do something else. It’s about empowering women, supporting other women’s choices even if they’re not the same as ours.’

Julia, 25, Seattle: ‘In 2007 in Montana, USA, a 14-year-old girl was raped three times by her 45 year old professor. He recently received a 30 day sentence because the judge said that mentally she was of age and it has been widely assumed that she wanted it. The girl recently committed suicide.  It was rape, of an underage girl, and the 30 day sentence is completely insane.’ 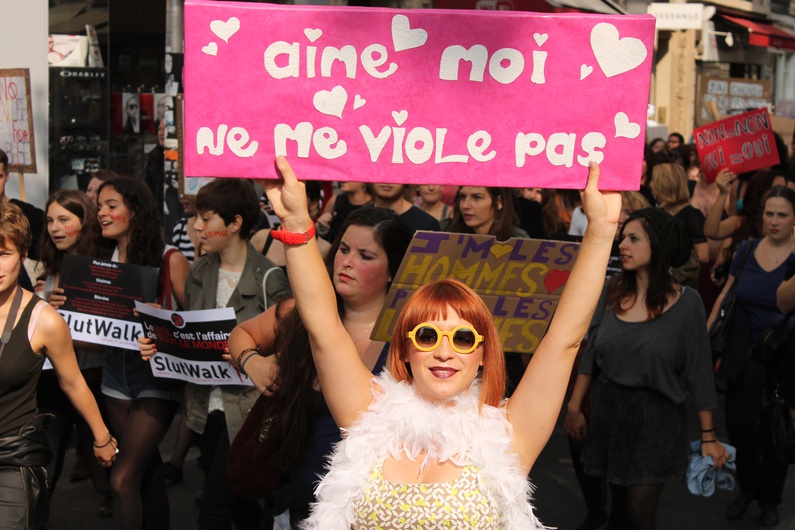 Rosalie, 23, Paris: 'This is my second Slutwalk and I am marching for three reasons

1) I march for myself. It's a liberation to be able to let all of my anger out and when I walked last time with other feminists I felt stronger - it was both liberating and therapeutic.

2) I have a friend who was raped and I am the only one she has confided in, because she feels so ashamed. I decided to walk every year for her until she realises it is not her fault and there is nothing to be ashamed of. One day I hope she'll march with me but I don't know if she will. She told me that she will never feel happy again.

3) The son of a family friend raped someone. I'd known him since I was little. He was jailed and while he was imprisoned he killed himself. I know it is controversial, but I am marching also for him. 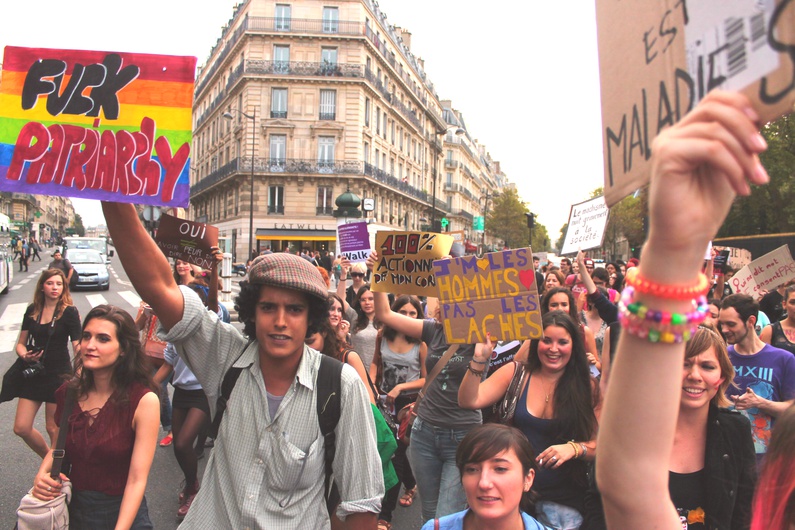 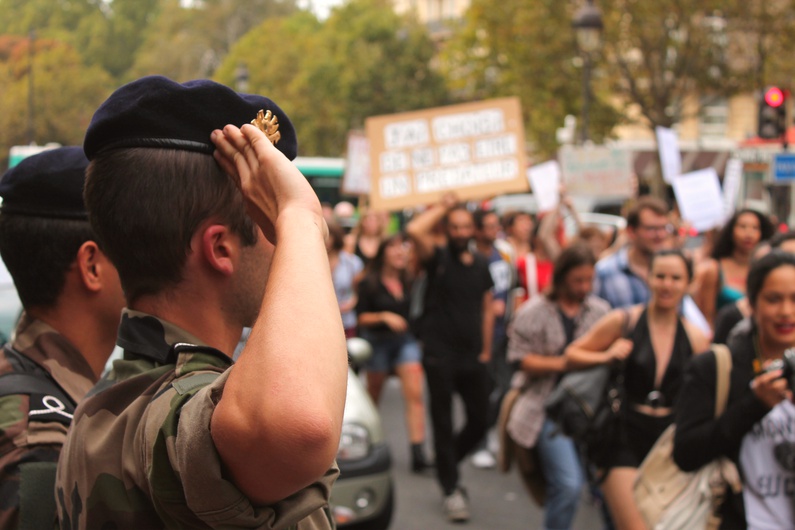 Soldiers, anon: 'We approve of the message of the walk, though we'd never heard of the Slutwalk before. Rape is never excusable. The media should talk more about the realities of sexism.' 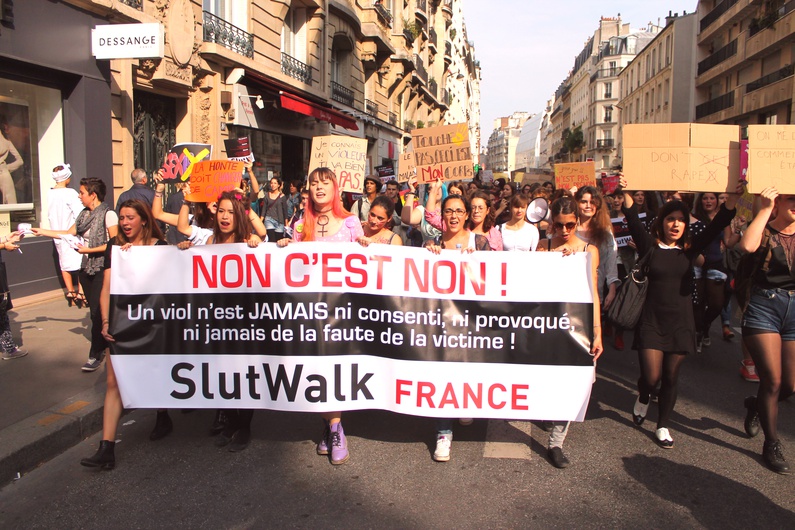 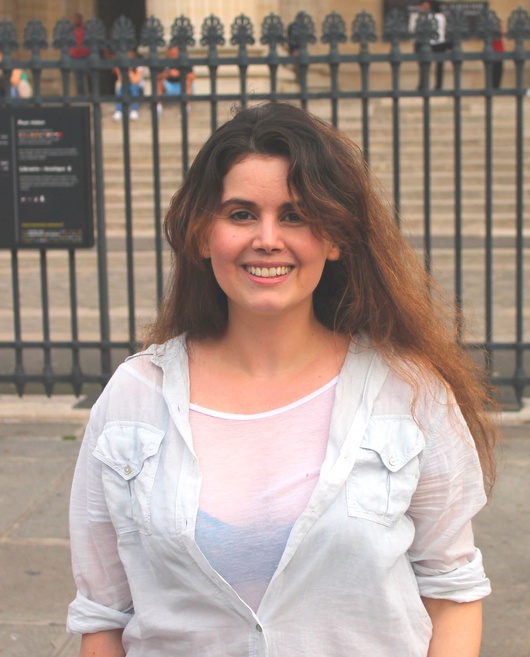 Gaëlle Hym, 39, Paris: 'Three years ago, I organised the first Slutwalk in France. I got in touch with the organisers of the first Slutwalk in Toronto and got the green light. I thought it was a shame that it didn't exist in France. I like the inclusivity of the march. I want to keep the Slutwalk neutral - I am happy for different organisations to march with us but I don't want any one group to define the movement. I grew up with a brother and realised how patriarchy can hurt boys also - I want to break gender stereotypes. I want a sex ed. programme for young people to be introduced, one which talks about consent. I want everyone to know what rape is and to address a culture in which rape victims, and not rapists, are made to feel ashamed. This must change.' 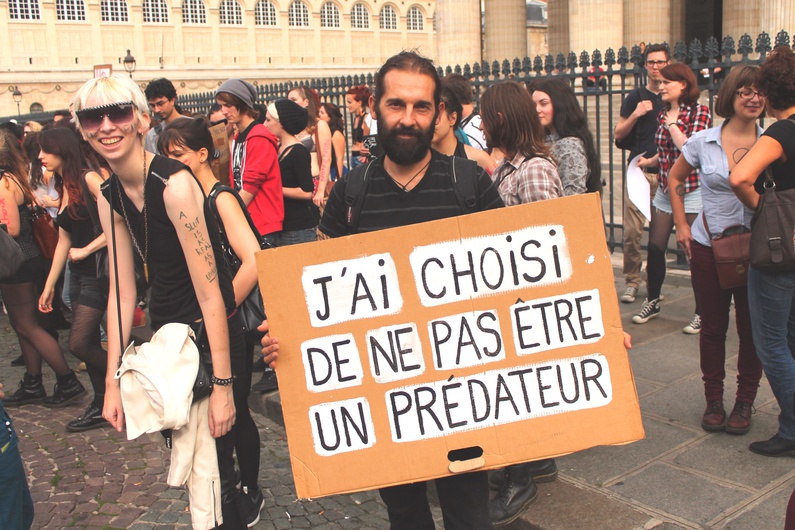 Thomas, 44, Paris: 'Am I a feminist? Yes... no... yes. It's my first Slutwalk. I've enjoyed the experience though I am disappointed by how few we are (ed. - 230 according to the city hall). I'm marching because I know many women who have been raped or sexually assaulted and it opened my eyes. I also have a 16 year old daughter and I want her to live in a better world. Vive les femmes!' 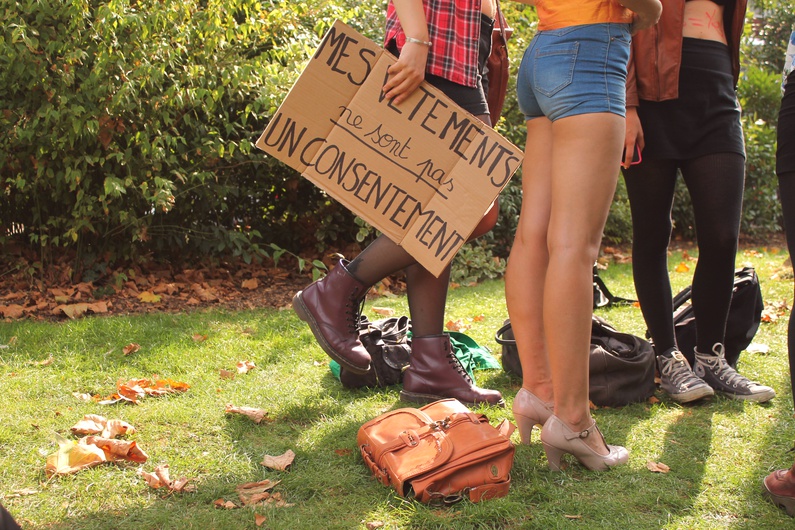