So, just as you know, I continue to move around. Greetings from Budapest this time! One week in advance I was already worried: I'll be travelling with lots of things, including books, notes in a rare language, and so on. I had heard legends of Israeli border controls, and experienced some of the hell they often give to tourists myself as I was going to Lithuania for holiday.

They made me say names and family names of my friends in Tel Aviv and people I stayed at in Haifa, and where I met them, when and how. I had to explain the concept of CouchSurfing. They were very suspicious to see that I don't have many things, and it took some time to convince them that my parents have everything I'll need.Many people have complained it took lots of time for them to leave the country. Obvious tourists are I guess treated more tolerantly, and I was told they don't interrogate and search old people and couples that much. But I was a rather unclear case. In addition, being a woman from Eastern Europe often means trouble. I read a story of a Ukrainian student visiting her family, who was interrogated for hours as the border controls suspected her of going to Israel to become a prostitute. Nothing can save you if border controls are in a bad mood. A friend of mine was visiting her sisters, who settled in Israel according to the Law of Return. She was asked such questions as, "When was the last time you've been to a synagogue?" Another friend, from a 'Western' country, visited me in Tel Aviv. After hearing my name among the people he visited, the border controls immediately became suspicious and started asking him if I had been trafficked. An American traveller was interrogated for having books about Islam in his bag. And then I read the story of how a Finnish travel agent was stripped down by male staff, humiliated and interrogated for a long time, because it just slipped out from her that she was dating an Egyptian guy in Finland (oh, you just don't tell such things to Israeli border controls, it was naive of her of course).So I spent some time scaring myself with worst-case scenarios. What could possibly happen? "Have you visited the West Bank? If yes, did you like it? If yes, are you against the Israeli policies there? If no, why did you go there? Did you go there to demonstrate or something?" I did go to the West Bank, and found it heartbreaking. Second worst-case scenario: "What do you think about the flotilla case?" Third: "Did you take part in any resistance activities or demonstrations?" Yes, May Day parade - what to do? "So, do you want to import communism from Eastern Europe to Israel?" Fourth: "Did you date anyone while living in Israel? If yes, provide names, surnames, ID numbers, places of residence and dates of birth. Since you are from Eastern Europe, did they pay for it? If no, are you against Israelis? Is it because they go to the army? Are you against the actions of the Israeli Army against the flotilla?" Fifth: "So, you were staying in Israel for research. What are your findings? Are they critical of the Israeli government policies?"I was creating these most paranoid scenarios for amusement, but I was indeed thinking that I may be asked questions that in fact don't really tell much about what I was doing in Israel, but may just be there in order to confirm one or another stereotype. I know that if people have nothing to hide, they are always released eventually, but it may cost them lots of nerve cells and a few extra gray hair. I was very interested how it will be with me - I was leaving with all my luggage and so on.However, none of those paranoid scenarios proved to be true. G. found time to see me off at the airport, and I guess it made a difference. Security guards only asked how we met and when, and how come I spoke Hebrew. Checking of all my things was thorough, but not too bad either. Officers were joking amongst themselves and explaining to a trainee how does one scan shoes, etc. It all went surprisingly well. I guess it's really a matter of luck... and entry point :)The plane was a mini-Israel, with ever-complaining elderly American , noisy and messy children, youngsters with tattoos and so on.

And so here I am in Budapest. I was amazed how many streets were renovated (apparently, only a couple of months ago). Budapest seems full of tourists, many of whom flood bars to watch the World Cup, transport became more expensive, but everything else looks so similar and so homely, as it was when I left in 2008 and visited again in 2009. You can't confuse Budapest with anything else, with its intensively red poppy flowers along the roads, dynamic skater communities and, of course, lots and lots of couples kissing in public. Cherry strudels taste the same, and people walk despite red traffic lights. In 2009 the financial crisis was more visible, now it seems to be back to normal. I attended some fashion model award show at Zrinyi str. 4 (apparently, there is a club), which was quite badly organised, clothes were invisible in the dark, and the 'fresh' models, standing with their heels split and clutching their fingers, will obviously have to go a long way until they learn how to pose. But it was interesting seeing the trendy crowd of Budapest and comparing it to Tel Aviv. One street (hopefully someone will remind me its name) is now called the Broadway of Budapest, and all tourists are recommended to go there at least once. Thanks to D. and his gang for showing me this new area. There's a new club which looks almost exacly like the legendary Szimpla, were we foreigners used to end up if we had nowhere else to go. "The difference is in the music... and the people," explains M. Also, there's a new terrace bar called Most (HU: 'now'), really cool, thanks to S. for showing it to me.Hungary is home to an intensively passionate culture which never fails to amaze me. Sometimes you may not understand just why they absolutely have to do things the way they do, but there definitely is something in the air, something really special about this country and this city. Just like the intensively red poppies. Just like Hungarian folk dances, so popular among young people. As I was walking around, some youngsters were practising capoeira in front of the St. Istvan Cathedral, singing and playing their exotic instruments. Cafes had their special air conditioning systems spray mist of small drops of water towards their clients, who looked slightly tired from the heat, but feeling relaxed to finally sit down. I only regretted I cannot treat myself to this wonderful rose-shaped ice cream you can get near the Cathedral.In any case, always nice to visit here. 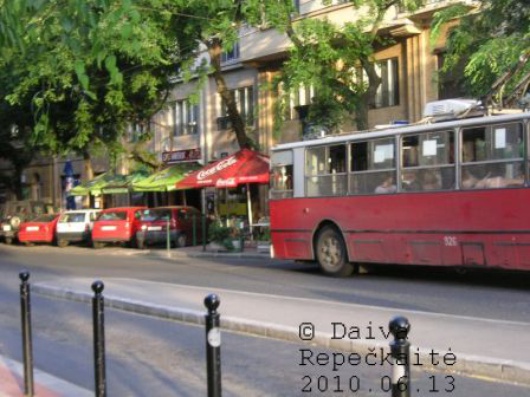 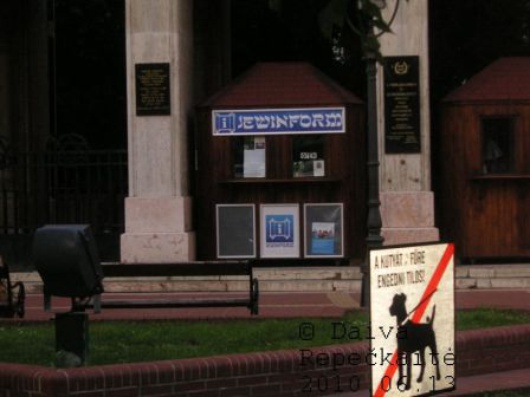 In addition to everything else, I just felt like sharing an image of this beautiful building. 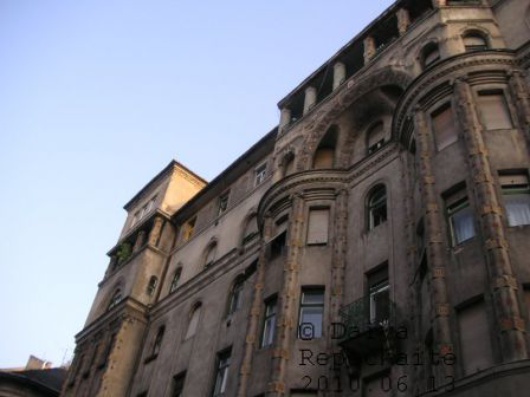 My recent discovery - the Hungarian Pedagogical Museum and Library. 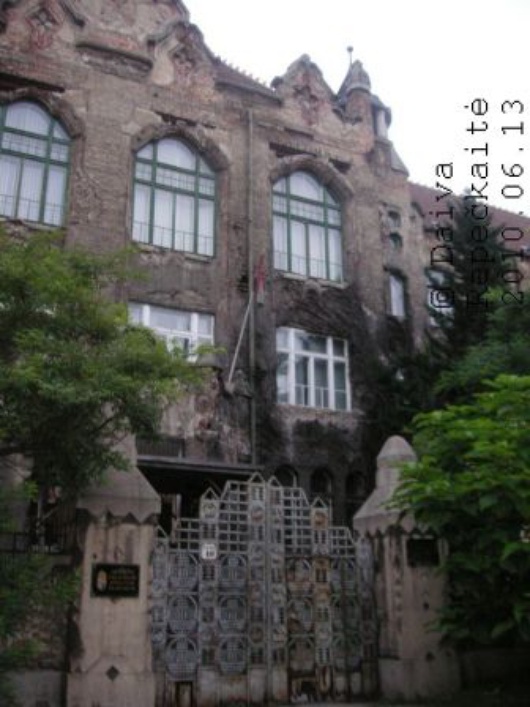 And something very close to it. 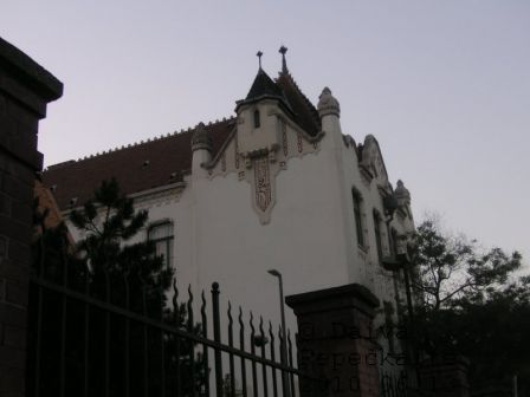