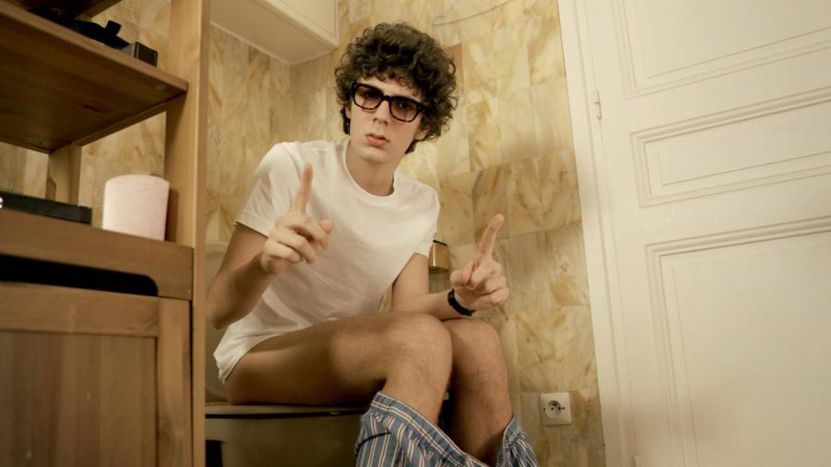 After play­ing a spotty teenager in Les Beaux Gosses [Eng­lish title: The French Kissers - Ed.], Vin­cent La­coste dons a burka for Riad Sat­touf's new film, Jacky au roy­aume des filles [Jacky in the King­dom of Girls - Ed.]. With his gift for com­edy, the 20-year-old actor is made for French cin­ema and French cinema is made for him. It turns out that he's 'just a nor­mal guy'

As is often the case, the open­ing night of the 36th Ren­con­tres Henri Lan­glois ends with some few drinks.  In a cor­ner of the bar, Vin­cent La­coste - re­laxed and open - de­lights those around him. 'It's al­ways good to meet your au­di­ence - it lets you test the wa­ters, see if they liked the film or not,' he ex­plains.  A shock of un­kempt curly hair, a beige jacket over his shoul­ders, he grins, 'And this evening, I felt it, peo­ple re­ally laughed.'

it all started in the can­teen

He says he got into cin­ema by chance.  He was eat­ing in the can­teen when he saw a flyer for a cast­ing call.  'The vice-prin­ci­pal at my school worked as an extra and he was a huge film fan.  Peo­ple came into school and handed out fly­ers to every­one.' He ad­mits that he wasn't in­ter­ested straight away - he even lost the sign-up form.  But when one of his friends was called back for a sec­ond au­di­tion, 'I said to my­self that if he'd been called back, it could hap­pen to me too.  I asked for their num­ber again, off I went and they took me on! I didn't even know what role it was for,' he says,  a smile on his lips.

Vin­cent La­coste was fif­teen when he found him­self on the poster for Beaux Gosses, Riad Sat­touf's first film.  'In my very first big role, there was a scene on the bus where I was jok­ing around.  I was spaced out, not at all ner­vous, I just didn't like the look they'd given me.  That was when I re­alised I was ac­tu­ally going to be in a film,' he says, ruf­fling his hair.  In this film, he played Hervé, a pim­ply-faced teen and skilled mas­tur­ba­tor un­com­fort­able in his chang­ing skin.  'It's still tricky mak­ing your­self ugly for a film that peo­ple you know are going to see.  At fif­teen, no-one's re­ally very at­trac­tive, it's not a good age.  It wasn't easy at first but for me the most im­por­tant thing was to make the film.  Of course, I'd've pre­ferred to play a young am­bi­tious schoolkid,' he says, laugh­ing. 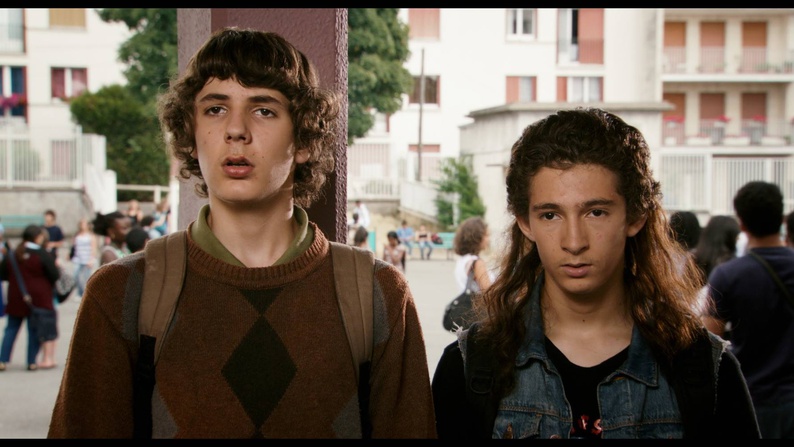 Fol­low­ing the film's suc­cess, every­thing he's touched has turned to gold.  Nom­i­nated for a César award [Most Promis­ing Actor in 2010 - Ed.] and in­tro­duced to an agent who of­fered him lots of other roles, Vin­cent La­coste ad­mits that he "didn't have to work too hard to get into film.  At six­teen no-one knows what they want to do.  I was lucky I didn't have to choose.  I just had to let my­self be car­ried along.  It's a great job! ". Since 2009, he has al­ready acted in ten films as well as in Édouard Baer's last play, À la française.  Among the di­rec­tors and ac­tors he has worked with, there are some women who are re­ally im­por­tant to him: Julie Delpy (Le Sky­lab) and Noémie Lvovsky (Camille Re­dou­ble).

Riad sat­touf is watch­ing you

Vin­cent is full of praise for the man who launched his ca­reer, Riad Sat­touf, who he thinks of as his men­tor.  'We're friends, we live near each other, we see each other all the time.  He watches over me.' You only have to look at them to un­der­stand.  The di­rec­tor and the actor are very close friends and they are al­ways hav­ing a laugh. It  brings to mind the re­la­tion­ship that artists share with their muse.  But it's not all plain sailing. Vincent explains, 'Riad asks a lot of you. He al­ways tells you when it's rub­bish. You need to con­cen­trate. It's not all muck­ing about on stage.  But he knows where he's going, what he wants.' He was the di­rec­tor's first choice for Jacky au roy­aume des filles, but Vin­cent was only al­lowed on set if he passed his exams.  When it comes to his best mate, Vin­cent has no doubts what­so­ever. 'I've never asked my­self if the script was any good or not. I trust him com­pletely.' 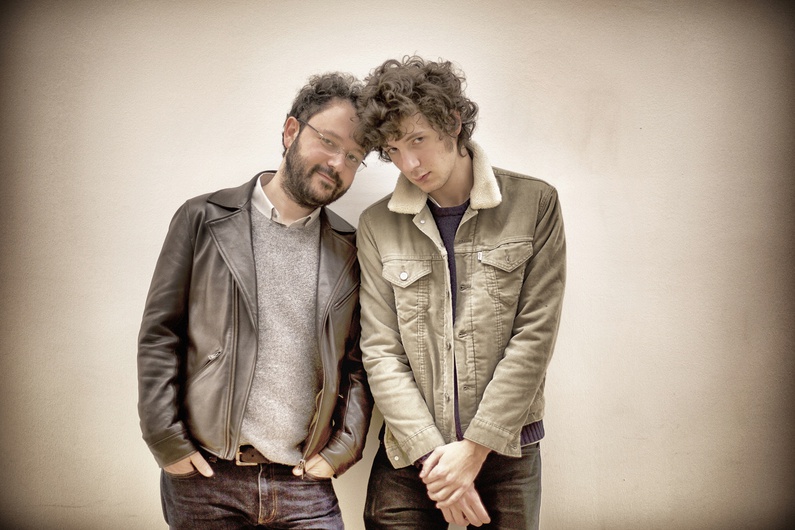 Jacky is young, sin­gle, and liv­es with his mother. Liv­ing in the imag­i­nary coun­try of Bubunne, where men, sub­mis­sive and veiled, live under women's con­trol, he only has one dream: to marry the (fe­male, nat­u­rally) dic­ta­tor's daugh­ter, the colonel [Char­lotte Gains­bourg - Ed.].  Naive and sim­ple-minded, Jacky tries to meet the woman of his dreams at all costs, and ends up in over his head.  Vin­cent put a lot of work into his char­ac­ter, with help from Sat­touf and a coach.  'I had to play a sub­mis­sive, obe­di­ent char­ac­ter.  I'm not very manly, but I've got a deep voice.  So I had to work on that with­out re­sort­ing to stereo­types,' he says, in char­ac­ter.

THE HIP­PO­CRATIC OATH AND GTA V

He talks only vaguely about his pri­vate life.  He lives a nor­mal life, he says, 'hang­ing around in the flat [he left home at the start of the year], going out, get­ting the métro, hav­ing a few drinks, and play­ing GTA V.'  He's not look­ing to become fa­mous.  Any­way, that doesn't tend to hap­pen very often, and that's how he likes it. When you ask him about his plans, he jok­ingly says that he's going to, 'make the most of the Ren­con­tres Henri Lan­glois - go and eat and party with every­one who's here!' be­fore adding - more se­ri­ously - that, 'being a di­rec­tor is the best job on earth and a film fes­ti­val show­ing stu­dent films is re­ally some­thing. Act­ing is great, but being a di­rec­tor lets you tell your own sto­ries.' For now, he's happy to carry on act­ing and to not worry too much about the fu­ture.  He's just fin­ished work­ing on Thomas Lilti 's film Hip­pocrate, to be re­leased at the start of 2014, where he plays a doc­tor. 'It's my first non-comic role,' he ex­plains, clearly thrilled. 'But I still man­aged to squeeze in a cou­ple of jokes.' A leop­ard can't change its spots.