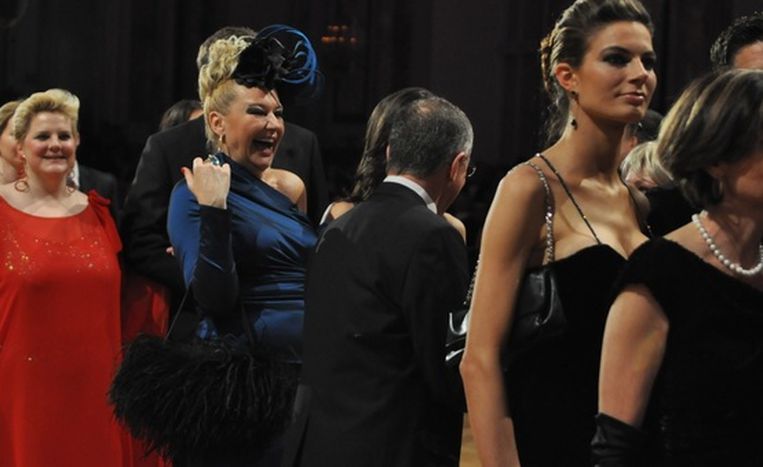 Hair buns piled high to the ceiling, fascinators galore, bald heads groomed for the occasion and gravity-defying bosoms – welcome to ‘Dancer Against Cancer’, an event whose glitz is perhaps not commensurate with its earthly goal

As the clock strikes half past seven, we lift our evening dresses to ascend the staircase of the Hofburg imperial palace, residence of the president of the Austrian republic. Once upon a time the castle welcomed Austrian royalty and emperors; tonight it’s opening its doors to host dancer against cancer, a ball of solidarity being held to fundraise in the name of the disease. The finest of Vienna’s community mingle here along with some disoriented Frenchmen – but let’s start at the beginning.

These types of grand balls are a staple of Viennese culture, a routine event in the lives of the Austrian capital’s residents. The young begin at sixteen, and their wardrobes are already half-stacked with shiny long gowns, explains one of the girls who is watching the ‘opening dance’ tonight. She confesses that she only came this evening to dance the chacha with her boyfriend, who listens in on our conversation attentively. To contradict our initial naivete on the topic, the waltz is not an exclusive monopoly on the ball tradition; there are at least eight different styles of dance on offer.

The waltz is not an exclusive monopoly on the ball tradition; there are at least eight different styles of dance on offer

Tonight’s themed ball, came to eminence six years ago to raise general awareness of and funds for the disease, even though the event itself seems to have only been concocted for the attention of the elite. Everyone can buy a ticket to the event, with the money ‘going entirely back to the cause’, says one of the assistants, complete with champagne glass in hand. What differentiates the visitors tonight is, as always, money. Ordinary people scramble in front of their computers months in advance to grab an early bird ticket which costs 40 euros(32 pounds) and is exclusively for dancing and people-watching – no eating, drinking or sitting privileges come with this ticket.

Society of classes and class of society

A narrow passageway dotted by eight good-looking members of the army leads to the VIP room. We accept glasses of champagne and weave through a sea of megalomaniacs with gleaming quiffs and botox injections, all talking to each other and saluting others left, right and centre. Bosoms clear paths. Here you spot a revolutionary with their dresses trailing to their ankles, there you see a humble couple enchanted with the pleasure of mingling with Vienna’s finest: ‘My boyfriend won VIP seats in a facebook competition,’ the lady tells me. ‘They usually cost 300 euros (242 pounds)!’ The guests, who range between the ages 25 and 70, include another woman who tells us that her son died of cancer a few years ago. ‘It’s too late for my son,’ she adds, ‘but we can still help other people.’ Strangely enough, none of the hostesses that we speak to at the event tonight have donated money, apart from the entrance price.

The large room provides a perfect reading for who ‘belongs’ here and who doesn’t. For example, those who are familiar with this kind of backdrop are deadset on being seen. Those who are not are discreetly trying to consume as much free champers as they can, incapable of dragging their eyes away from the subject of the photocall. The focus of the cameras joins to direct us towards Charles Shaughnessy, the actor who incarnated Maxwell Sheffield in the successful nineties-era American television series The Nanny. Charlie’s posing and talking with the media. Famous Austrians too are taking to the red carpet, although other journalists we pit the question to can’t really tell us who they are. 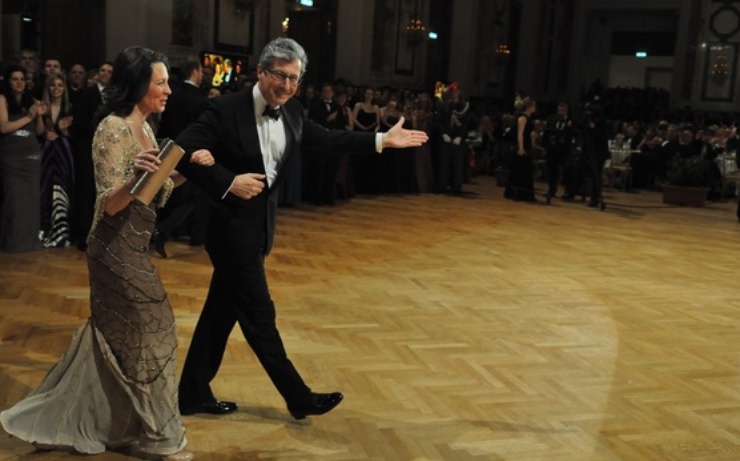 A few glasses of bubbly later, we climb the imposing steps of the palace’s main hall and enter the grand salon. In one corner, an orchestra livens up the rich and famous who are seating themselves at the circular tables in the centre of the room. A presenter in a green velvet jacket and his glamorous co-anchor, a visible sequin addict, begin announcing the invited stars of the show and the jury. The people from the ‘street’ rush around the four main doors providing an access into the salon: the opening dance is starting. As guests begin to settle in their seats, Sheffield is telling the story of how he met his wife at his attentive table, the dancers are looking for the hall they’d prefer to glide in and I can only thinking of slipping off my heels whilst simultaneously trying to work out how much money has actually been raised tonight. How can this event have really made an impact on society, and raised the awareness it pledges, if your average Joe couldn’t afford a ticket to come tonight?

Ladies, never attend dressed in white; it’s the colour reserved for the women featuring in the opening bell. Comply with the norm. This is not the best place to lash out against the established order 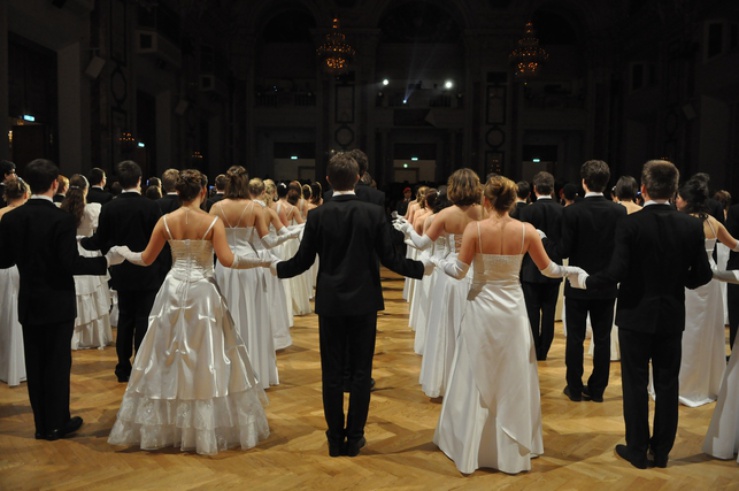 Don’t know how to dance? Straighten up and pretend, because getting stamped on the foot happens more often than you’d imagine hereDo not enter without a partner. Sitting and waiting in a chair for a gentleman to come and invite you to dance is a mere legend

Images: main and in-text © Bertrand Orsal for 'MultiKulti in Vienna' by cafebabel.com 2012