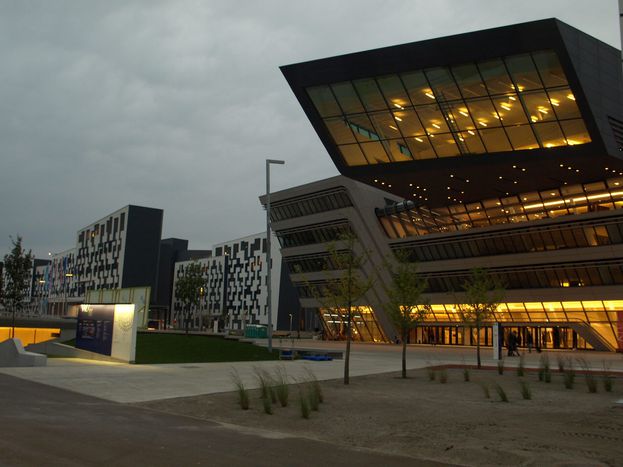 Vienna: welcome to the University of the future

The new campus of Vienna's university of economics and business ('Vienna Wirtschaftsuniversität') was officially opened in early October. With its six buildings built on nine hectares it is actually the biggest campus in the European union - and the most innovative of all

What Prater, a large public park in Vienna, has to offer in terms of vertiginous experience is no longer limited to its amusement park. Forget the Viennese giant wheel, the House of Horror or the famous Prater tower. New thrills await just around the corner of all of these (now) out-of-date entertainment stands. Ladies and gentlemen, what you are just about to experience is life in the twenty-first century. 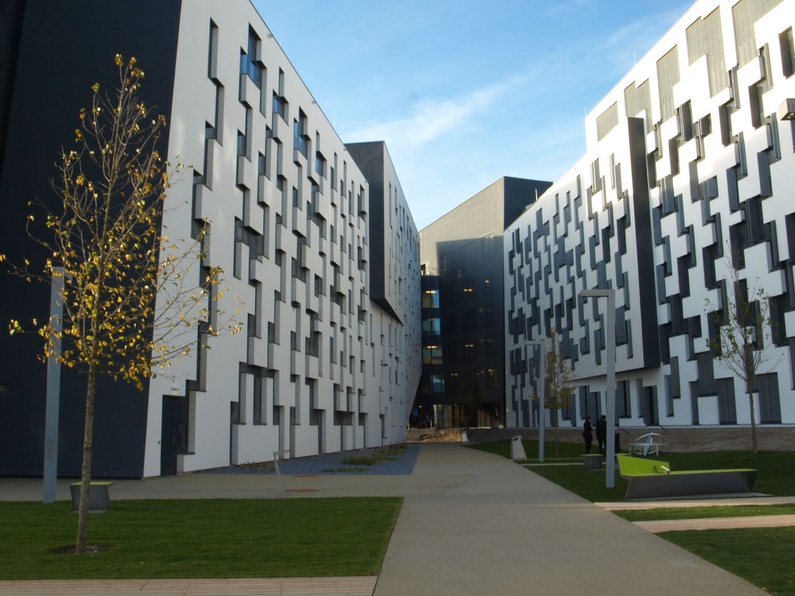 Campus from the future

The futuristic looking, mosaic-like, twisted, multi-coloured campus is the embodiment of the 'internationalism, innovation and diversity' that officials at the Vienna university of economics and business ('Wirtschaftsuniversität, WU) say are at the core of the WU’s 'vision for a modern university'. 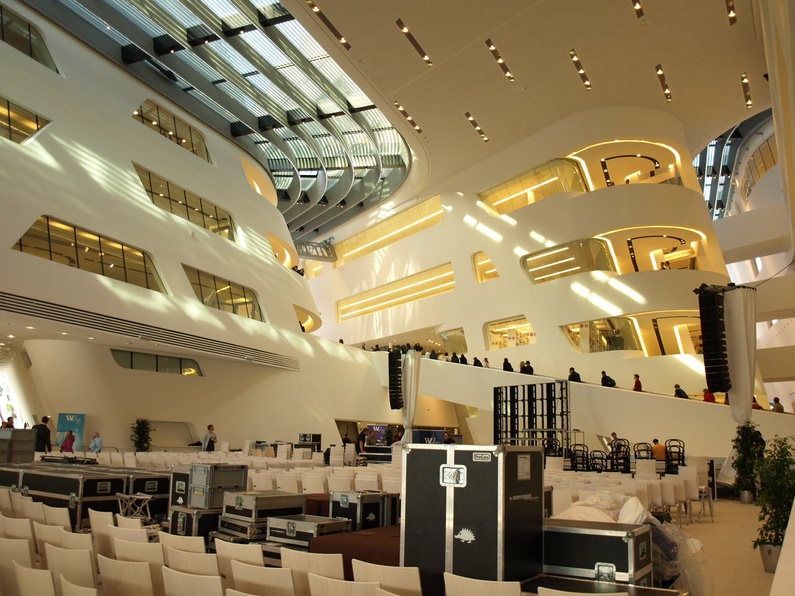 Designed by six different architectural firms (from six different countries in Europe and Japan), under the supervision of Vienna’s BUS architectural company, the six-building campus is the fruit of the work of renowned architects such as Iraqi-British Zaha Hadid or Japan's Hitoshi Abe. With the cost of 500 millions of euros and four years of hard work, the new campus is here to replace the old, 1970’s style, worn out buildings. It is ready to welcome 25, 000 students and over 1, 500 employees. 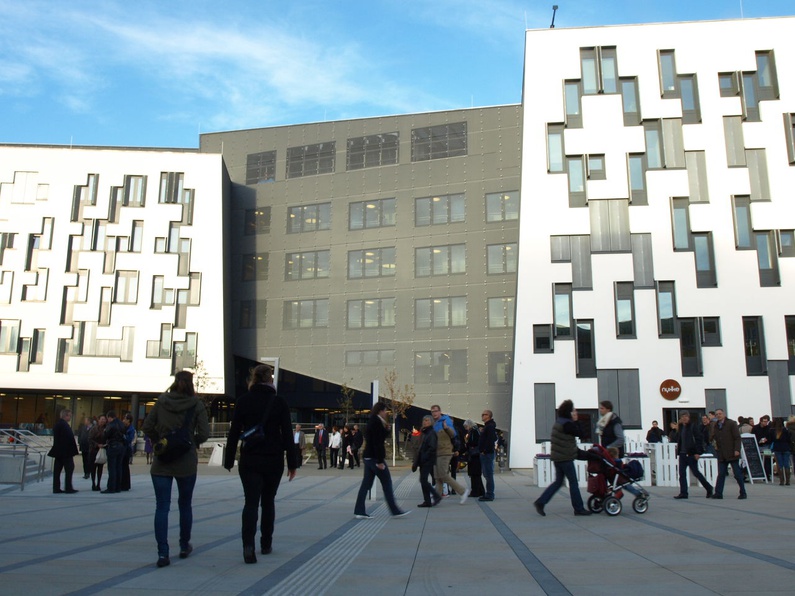 No more commuting between university departments or wandering across gloomy, narrow corridors.  The new campus’ airy and spacious design is set in one location with bars, bakeries, restaurants and sports grounds at everyone’s fingertips. This, according to the architects, fosters communication, enhances the flow of ideas and 'creates stimulating working atmosphere for researchers', helping them 'think out of the box'. 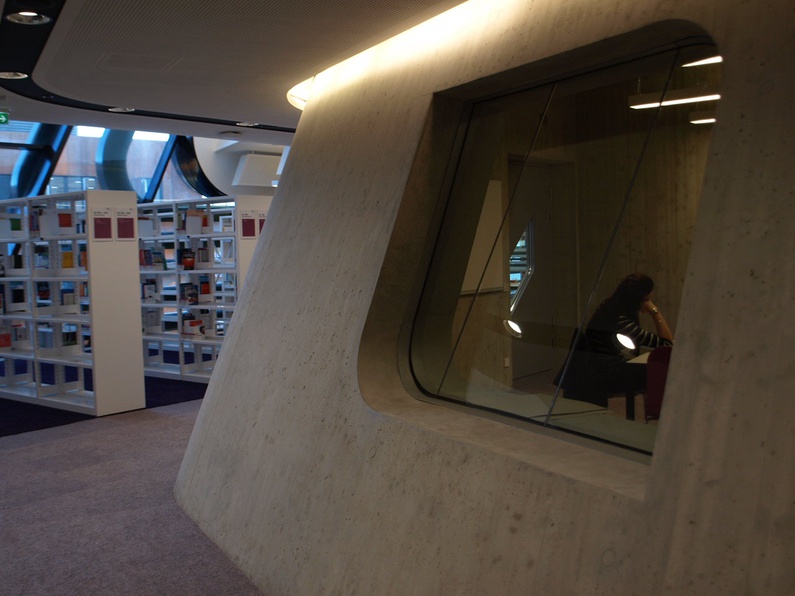 What is more, it is students and researchers who are truly at the core of the project’s concern. The tour guide accompanying curious visitors around the campus (yes, you can subscribe to specially designed campus tours here) describes the way architects fulfilled the needs of WU’s future students. 'We have special 'silent rooms' made out of concrete and glass for those who need peace and quietness to learn and work,' says a tour guide. 'Reading books is not enough if you don’t have any space to allow these thoughts to wonder and maturate. In order to allow our students proper (mental) development we have this special room with a panoramic view over Prater.' 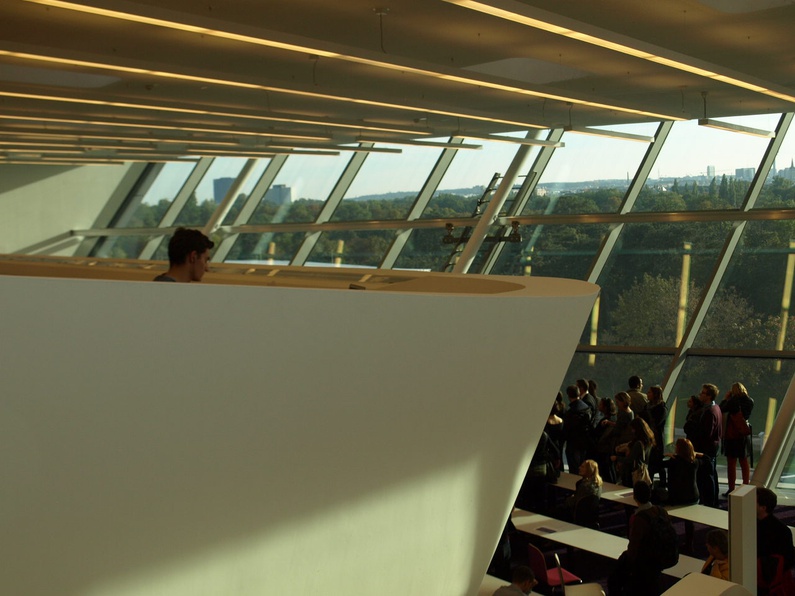 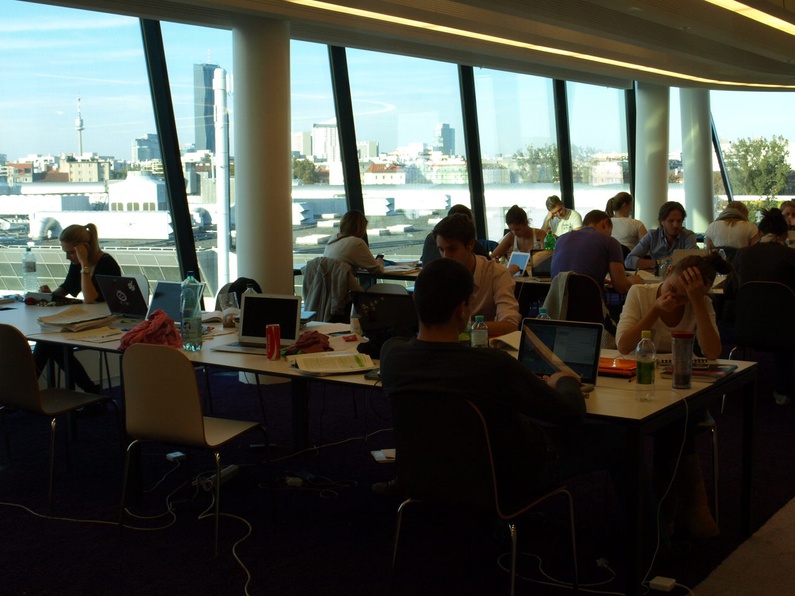 Throughout its long and tumultuous history, Prater served as hunting grounds for aristocracy. It became the localisation of the world exhibition in 1873. It witnessed romantic trysts of military cadets with laundry girls and was the place where children came to laugh watching their favorite puppet theater shows. 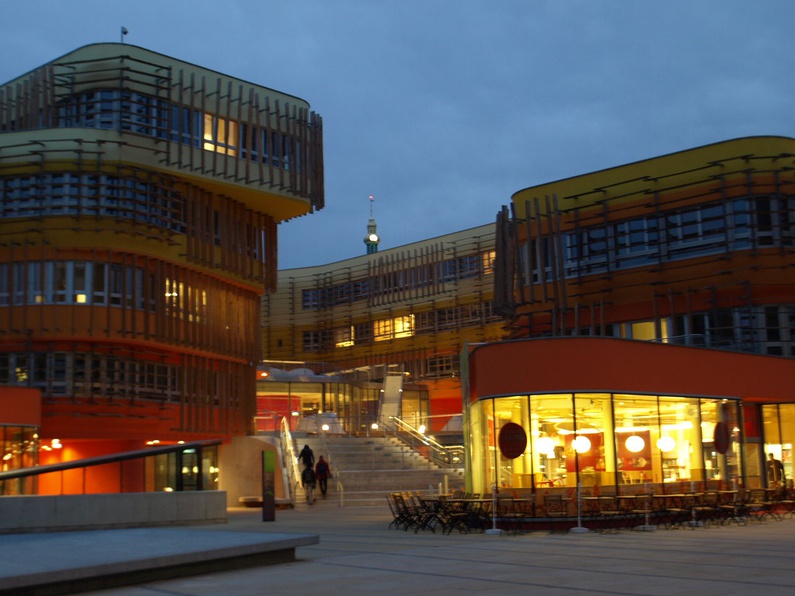 Bombarded and partially destroyed during world war two, it has since then been rebuilt and turned into the Viennese equivalent of New York’s Central Park with the famous amusement park at its core. But this is not the end of the evolution. 'The Prater area is surrounded by rather neglected areas, such as the neighboring red district. By building a new, modern campus with restaurants, shops and bars within, the Vienna town council wants to speed up the districts regentrification process,' recounts Adam, an economist working at the university. 'WU campus is designed to become Vienna’s new modern face.' 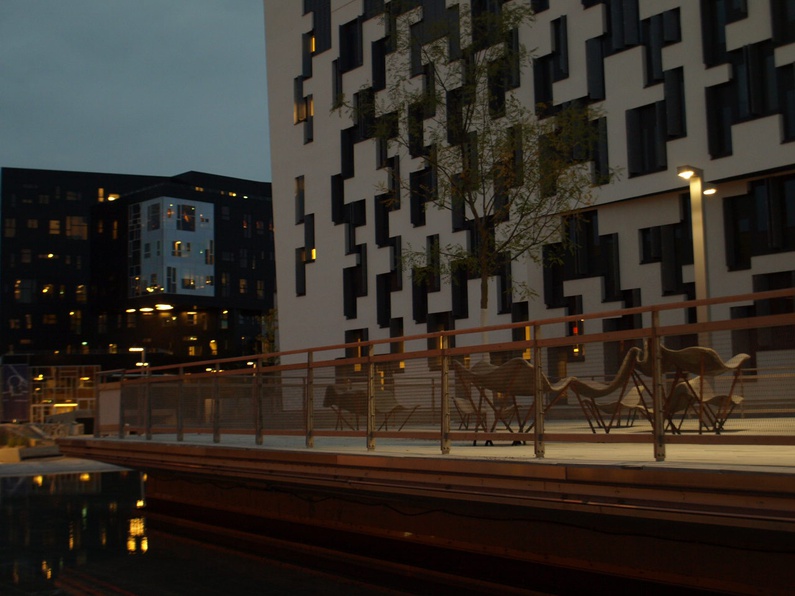 Indeed, the futuristic design of the buildings has already attracted attention from around the world. Its innovative structure as well as ecological and scientific innovation and the compliance of the architectural concept with a handful of local and international green certification standards (i.e. 'over 50% of the required heating and cooling energy will be obtained using geothermal energy', the official WU page tells us) has earned its appraisal. This may well help Vienna become one of the leading Smart Cities of the future.