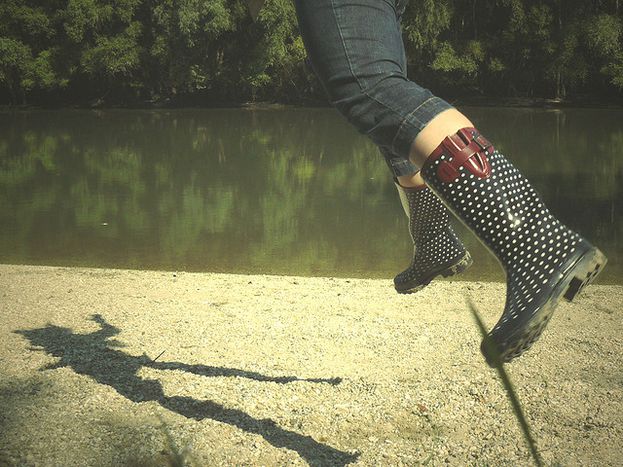 Europe's city rivers are both the place to be in terms of a good old rave - take the A38 ship on the Danube to Bar 25 on the Spree - and also for a spot of nudity or artificial beach time in the summer. Blog snippets from four cafebabel.com local team bloggers, who pay tribute to their watery city icons

'The first time I caught sight of the river Spree, it was frozen over. Since I come from quite a warm region, it was an exotic image. No other European city offers this view, so the Spree is a luxury for everyone. But as is always the case, romanticism doesn't last forever. Squatters, public leisure and cultural constructions are not profitable, and space is more precious than ever in an era of financial crisis.

'We Berliners don't want our river to be sold'

The recently approved Media Spree project is already being implemented in the name of capitalism and to the advantage of gentrification. Criticism and protests are still ongoing; we Berliners don't want our river to be sold. Hoping that politicians and businessmen change their mind is very naive. So let’s enjoy our river as long as we can!' 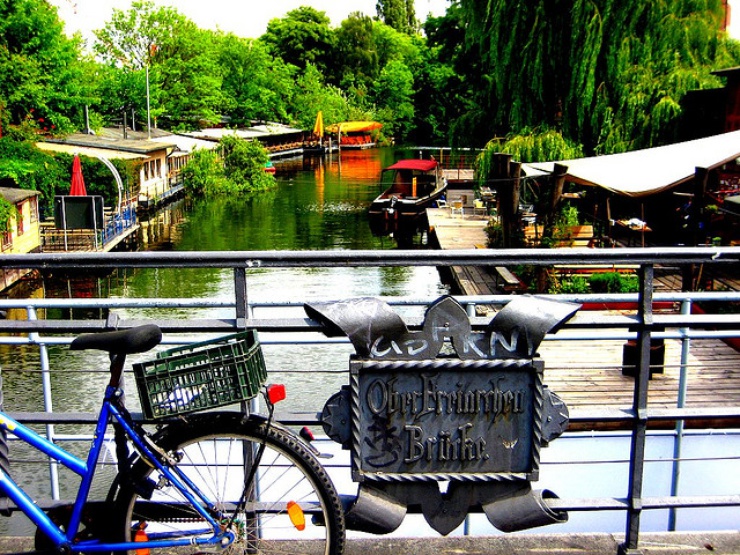 Read the full post 'No romanticism will last forever' by Elena Pinto on the cafebabel.com local team blog in Berlin

'On the riverbanks, we're caught out by the first glimmers of dawn. On the banks of Bar 25, the party's been going on all night long. They're moved away from the flamboyant fire and are taking walks along the water. Market stalls are setting up along the canal, which runs between Kreuzkölln (the area between Neukölln or Kreuzberg). The river in this stretch thus takes on the colours, sounds and odours from far away – from countries of spices, incense, passion fruit and olives'

Read the full post 'Ein Fluss, der rund um die Uhr fließt' ('A river that runs around the clock') by Stefano Lippiello on the cafebabel.com local team blog in Berlin

'Paris was born from the Seine' it's kind of its life vein. In 1977, when Jacques Chirac was the mayor of the French capital, he introduced an initiative to clean up the river – to be able to bathe in it even! Unfortunately, that's still not possible today. A noble attempt even comes at a costly 12 euro (£10) fine. The water is still quiet polluted. As a Parisian, the Seine is a part of my daily life. I cross it to go to work, I linger til late to loiter there during the summer evenings. Some parts of the Seine are perfect for having a drink between friends, such as the Pont des Arts pedestrian bridge, or the two natural islands (the Île de la Cité where the Notre Dame de Paris is, and Île Saint-Louis). Every summer since 2002 people have been attending the Paris Plages ('Paris Beaches') for free. From 20 July to 20 August the right bank is transformed between the Tuileries gardens and Pont Sully with sand beaches, concerts and cultural activities. 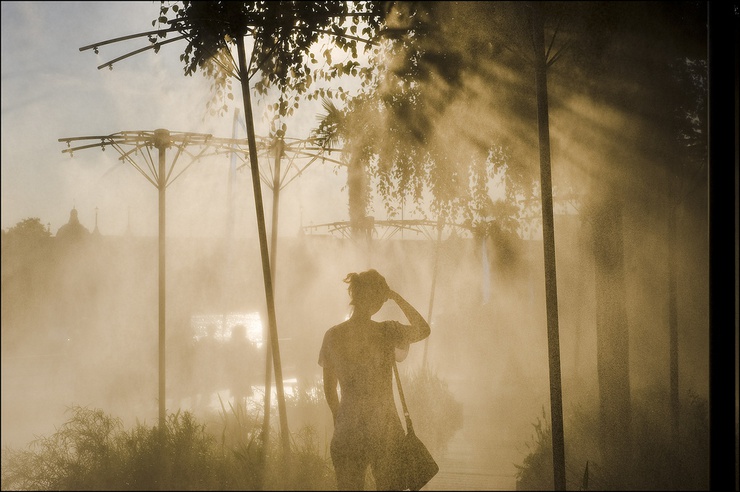 'I'm a Parisian who ended up in Vienna for one of its boys rather than for the city. But the Danube is my saving grace; it allows me to do what I can't in the middle of the French capital, and that's taking a dip in the city centre. Vienna combines Paris and the south of France, which are two childhood locations for me.

In the heart of an active and noisy capital, I can slip on a bikini, grab the metro and head to the long banks of the Danube which stretch across the kilometres, or the FKK-Bereich (the nudist strip), where I can forget my bikini. Hidden behind the shrubs, I can watch the voyeurs with a clean conscience, because nudity is legal. I discovered the Danube quite late on; I lived in the city centre and then met someone who lived close to the river. It displaced my centre of gravity and Vienna became a different city' 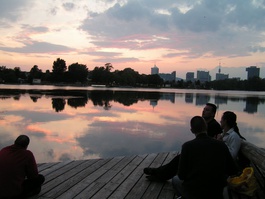 'Austrianshave always had a special relationship with theDanube. Some look nostalgically at it, remembering the time when many of the countries on the Danube were under Austrian rule. Later it turned into a border river and the countries beyond the iron curtain used the river the same way they used their guard towers and barbed wire. Now, two decades on, the Danube has reclaimed its position as a river in the heart of Europe. For a long time the districts that ‘counted’ where those in the centre while those on the other side of the river were neglected. This started to change with the creation of an artificial island as flood protection which was finished in 1988 and developed into an extreme popular leisure area. Surrounding it a new part of the city was constructed in the eighties; since then, Vienna’s Manhattan has considerably expanded'

Read the full post 'Rediscovering the Danube' by Daniel Spichtinger on the cafebabel.com local team blog in Vienna

'Margaret Island, in the heart of the Hungarian capital, is a popular Budapest local. It's common to start the day by swimming in the Hajós Alfréd outdoor swimming pool or just run around Sziget on the modern running track. You can sit on the benches of Batthyány square on the Buda side of the Danube, and what better than ordering Hungarian pancakes from the Nagyi Palacsintázója restaurant which is behind the square.In the southern part of Budapest, the A38 Ukrainian ship-cum-restaurant is a cultural venue 'docked' at the Petőfi Bridge, which opened in April 2003. Here you can watch theatre plays, catch exhibitions and performances and sample wine dinners with traditional Hungarian dishes with a beautiful view of the Danube to boot' 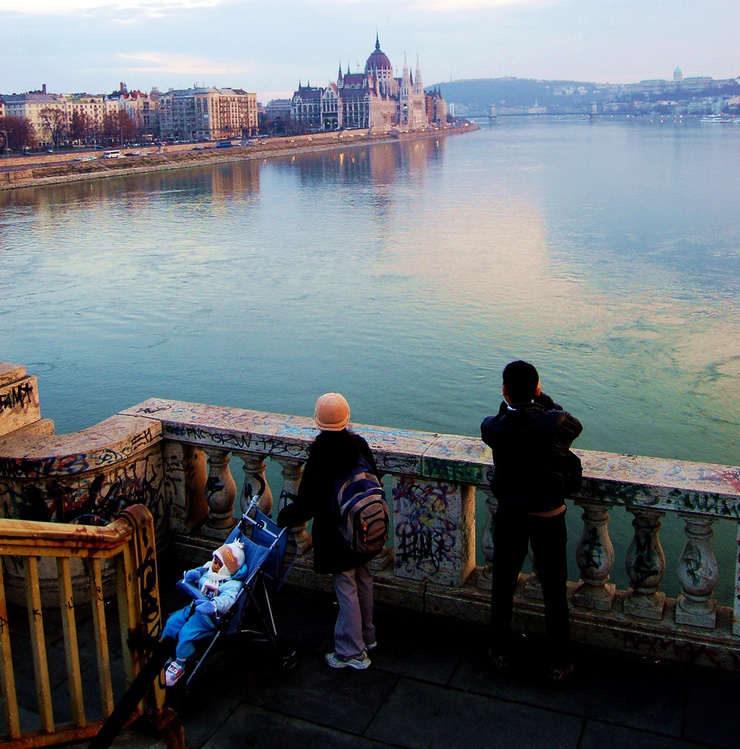 Read the full post 'How to spend a day along the Danube river in Budapest?' by Györgyi Darida and Eva Csorba on the cafebabel.com local team blog in Berlin