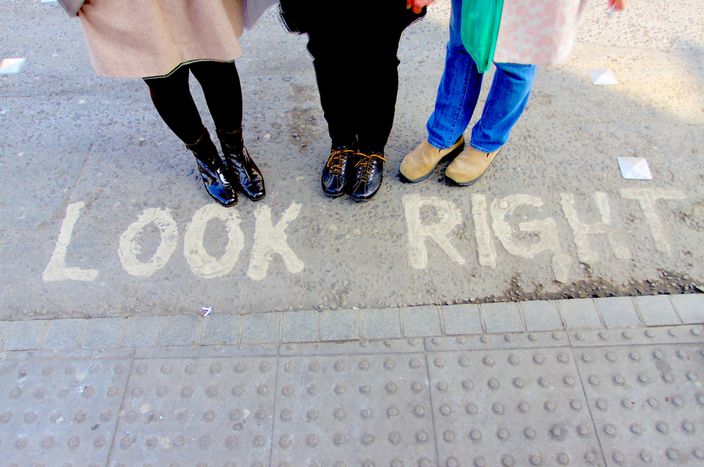 On the rainy, murky afternoon of September 27th, around 40 people roam around, an almost empty, Wallensteinplatz square in Vienna's Brigittenau neighbourhood. A handful of people walk through stalls that sell old crime fiction books and other odds and ends. One of the stalls offers beer and others some hot drinks and home-made cakes. In the distance, you can hear someone singing and playing a guitar. 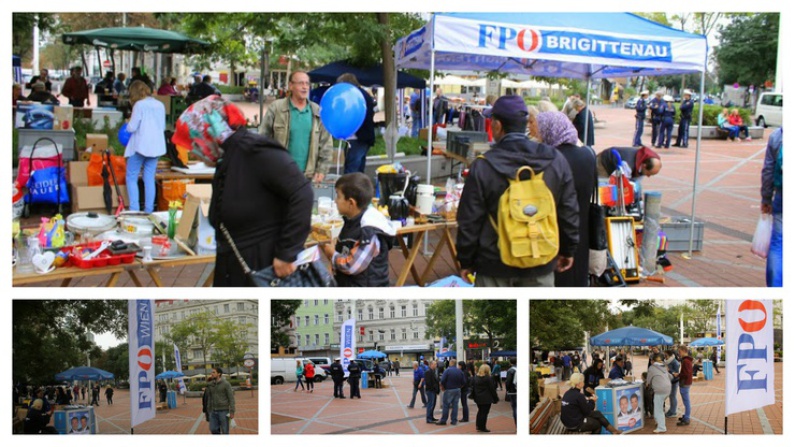 You would be surprised by the lack of momentum created by the Blaues Fest, a family festivity organised by the local administrative structure of the Freedom Party of Austria (FPÖ). According to Professor Reinhard Heinisch from the University of Salzburg, it seems that the FPÖ can get as much as 30-33% of the Austrians' votes. However, despite its power base of 40,000 members, an apolitical local flea market on Neubaugasse Street, that takes place at the same time, manages to attract more visitors than the Blaues Fest.

The first time people heard of the FPÖ was in the ‘80's, when charismatic Jörg Haider took over its leadership. Thanks to him and a crafty mix of populism and right-wing rhetoric, the FPÖ achieved its biggest success and entered the government in 1999. The event caused an unprecedented outrage in other countries and the European Union brought sanctions against Austria. The event marks the FPÖ's success, but also the beginning of its crisis. The organisation that gained popularity by criticising the establishment has actually become a part of it. Suddenly, tension erupted, but that all finished in 2005 when Haider and other politicians, who were willing to stay in government, created the Alliance for the Future of Austria (BZÖ) and the FPÖ became its opposition party.

After 15 years the Freedom Party of Austria is returning to its former glory. According to Professor Heinisch, a specialist in Austrian right-wing politics, their popularity is derived from the fact that the mainstream political parties are not as successful as the FPÖ in addressing new issues such as identity and foreign immigration as well as a feeling of being controlled by decisions made outside of Austria. "Apart from the Greens, who tend to speak to urban and educated elites, the FPÖ is the only political party making a special effort to reach out to youth. The other parties concentrate on their traditional voters which are increasingly older; the Social Democrats focus on pensioners and the Conservatives on people in rural areas, civil servants, Catholics and farmers," he explains. The Freedom Party mostly relies on the votes of young people. In the latest local elections, the FPÖ was mainly popular amongst voters between the ages of 16-29. The party's main voters are less educated men; the working class, students of technical institutes and vocational schools. Basically, Austrian citizens that have to compete for jobs with immigrants while listening to stories of how it used to be better and easier to find jobs. The FPÖ's typical voter can be well personified with the party's leader — HC Strache — a dental technician and the youngest chairman of a big political party in Austria.

To get through to the youth, the leader of the FPÖ recorded a hip-hop song that was viewed by over a million people.

Alexander Schierhuber, the leader of the FPÖ's students' youth wing the Ring Freiheitlicher Studenten (RFS) and an assistant of MEP Barbara Kappel, explains that "Young people wants their roots back. They don't like the current policy, which is focused too much on immigrants, forgetting about native Austrians." He claims that young people turn to the FPÖ because they feel threatened by immigration, problems on the labour-market and rising crime rates. One of the examples of political decisions that they do not approve of is the recent choice of turning one of the buildings in Vienna's Erdberg neighbourhood into a temporary shelter for Syrian refugees instead of a dorm.

The FPÖ is not the only conservative organisation that is gaining popularity amongst young Austrians. The Austrian right has traditionally relied on the support of far-right German nationalist male-only student fraternities, which lost influence when the FPÖ was led by Jörg Haider; but they have since become more important again since HC Strache took over the leadership of the Freedom Party. They are officially independent; however, Professor Heinisch claims that Strache highly depends on them when building the party’s structures in Vienna. 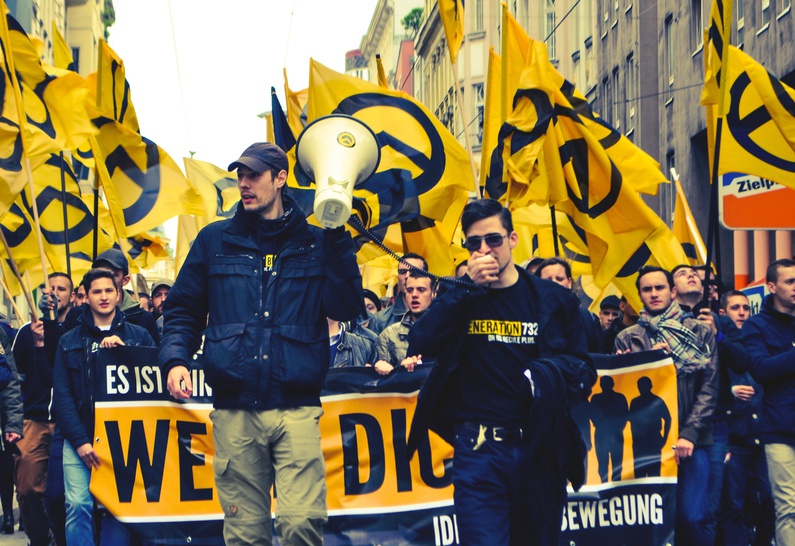 One of the youngest and most exposed political movements is the Austrian faction of identitarianism. Founded in Vienna in 2012, it now involves about 100 people and has just as many unofficial followers. Their main goal is to fight against Muslim immigration. They do not think of themselves as a right-wing movement, but only as a grassroots initiative. "We’re neither left nor right, we’re not supporting parliamentary parties. They, especially the left, cannot solve problems such as an immigration, ethnic tensions, globalisation and liberalism," explains Alexander Markovics, the leader of the Identitare Bewegung Österreich (IBÖ).

The extreme right-wing is studied more closely in Austria than in any other European country. The reason for this is its historical background. Similar organisations in other countries are commented on by left-wing parties or think-tanks, but in Austria, they are studied and dealt with by the Documentation Centre of Austrian Resistance (DÖW) — a foundation that also studies the Holocaust and neo-Nazism. Anyone can drag out an uncomfortable past without a problem; the first post-war leaders of the FPÖ were Nazis, but the same concerns other big Austrian political parties. When I ask Schierhuber about his predecessor Norbert Burger, the leader of the ‘70’s youth movement, described by the DÖW a neo-Nazi terrorist, he answers: "These were different times, but Norbert Burger was not a terrorist, he was a freedom fighter for South Tyrol." Professor Anton Pelinka from the Central European University in Budapest claims that there are a few thousand Neo-Nazis in Austria alone. "There are hard-core Neo-Nazis in or at least near the FPÖ, but as voters, they constitute only a small number. The problem is not that the FPÖ attracts many Neo-Nazis - the problem that the FPÖ's in many respects vague position concerning Nazism does not prevent so many (especially young) voters to vote for that party," he adds. Some political groups try to stay ahead of the attacks. For example, IBÖ stresses on their website that any Nazi accusations against them are uncalled-for. 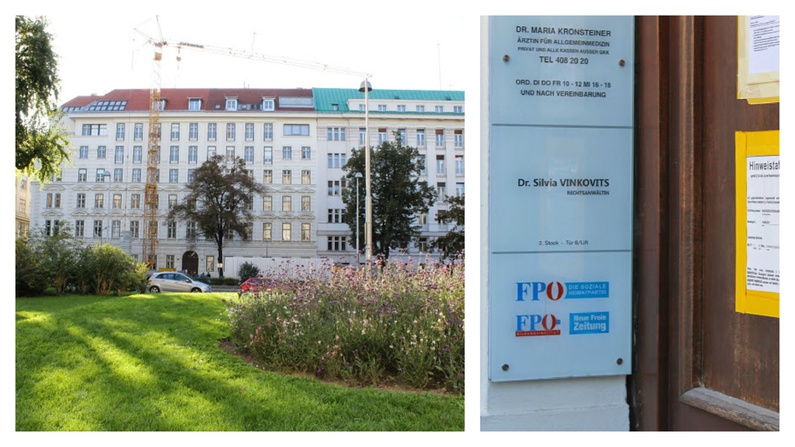 "FPÖ has become more moderate in recent years because in the long run, the leadership knows that Austrians would not support an overtly controversial and radical party to form a government, which is the goal of the FPÖ. It cannot be compared to [Hungarian] Jobbik or [Greek] Golden Dawn,” says Professor Heinisch. But, can they win the election? Can they be as successful as the National Front in France or the UKIP in the United Kingdom? Well, Professor Heinisch thinks that it all depends on the other major political parties, which so far help the radical opposition by engaging in gridlock and petty politics. In his eyes, in comparison to Haider, Strache is a less talented politician, so achieving the success, even on the scale of the one in 1999, may be difficult. “Austria’s political parties are older than country itself. Austria was already established twice, in 1918 and 1945. Thus, they are so accustomed to being in power that they shy away from making fundamental but necessary changes. Perhaps when they are faced with the prospect of utter defeat, they will find new leaders and present new ideas to get their lost support back. So far, the pain for the major parties has not been big enough. For example, the Social Democrats have won three parliamentary elections in a row just by appealing to a particular segment of the population, retired people. Perhaps next time, this will no longer suffice,” explains Professor Heinisch.

Nonetheless, until less radical parties start presenting an interesting offer to Austrian citizens competing for jobs with immigrants, they will continue looking towards the FPÖ and other grassroots conservative movements, such as identitarianism, with much interest.