Vienna and the lords of the Danube

Over the last three milennia, the residents of the Danube stopped fighting over iron mines and become impeccable bureaucrats cooperating in regional forums. Huge dirty beards have been replaced by neat sideburns and designer sunglasses. Everything runs smoothly and effectively under their control, as if they had caught up with the heights of central European civilisation.

Portrait of a river and its guardians

Vienna, 29 June: Danube Day. 54 public workers and sub-contracted companies (such as the Wiener Wasserwerke, Via Donau and the AQA association) are going to spend the day clearing invasive species from the Donau-Auen national park. Under an overbearing sun we move to the forest to cut off thorny plants and gather their remains in various four-wheel-drives. The atmosphere has something puritan about it, as though we are have gone back to an era of primitive christianity. Looking after the nature around us denotes communitary disinterest without apparent hypocrisies. That’s why so many ecologists carry the smile of a monk on their faces.

What are the concrete aims of Danube day? Susanne Brandstetter, of the Austrian environment ministry and co-organiser of the event, reminds us of the campaign’s slogan: Get active to the river. ‘We have to connect people with ideas and needs. That’s why we need this and other projects, such as Generation Blue, which has a budget of 100 million euros to raise awareness amongst citizens.’ Danube day is a celebration of the signing of the Danube river protection convention (1994). It’s the symbolic part of a complex bureaucratic structure with many figureheads, and a liquid protagonist which touches the heart of Europe.

The Danube itself has become a pyramid of power on three levels. At the bottom there is a network of companies, lobbies and NGOs who research and plan canals and hydroelectrical centres. Then ministries from fourteen countries are responsible for mediatising those ideas. Lastly, the Vienna-based international commission for the protection of the Danube river (ICPDR) coordinates the global strategy. They are financed by the European Commission through the Danube strategy. Philip Weller, ICPDR’s executive secretary, is a tall distinguished man sitting in the shade. He sighs continuously and rubs his eyes as if he needs a good summer break, now. ‘Our work is to bring countries together to unite our efforts, discuss projects and provide an international perspective. It sounds a bit abstract, but it’s about managing to keep our promises.’ What role do the private companies play? ‘Via our ‘business friends of the Danube’ initiative companies commit themselves to fighting contamination, reducing water consumption and financing communication activities such as Danube day. Every country has a different case – Coca Cola collaborates with the Austrians, Siemens in Budapest…’ And what do the companies receive in return? ‘Publicity and the advantages of collaborating with the community. There are no short-term benefits,’ explains Weller.

'The Danube inspires co-operation rather than war'

ICPDR communication assistant Benedikt Mandl shows me a map full of the ramifications. ‘The Danube is the most international river in the world,’ he says, grandly. ‘It touches at least nineteen countries with different languages and cultures. It represents tremendous diversity. Many people say that water can generate conflicts, because it is a limited resource. But it doesn’t need to be that way; the thing with the Danube is that water connects people. It inspires cooperation rather than war.’ This all seems very positive, transparent and functional – but what about toxic spills, and the dark tentacles of companies? Where is the dirt? 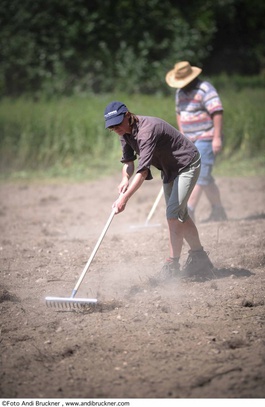 ‘The most important thing is to change lifestyles through education,’ says Werner Kvarda, a professor at Boku university and president of the Academia Danubiana. ‘This is Austria, and I like it, but it’s quite isolated. We need to talk about what’s happening in other countries.’ For Kvarda, the Danube also symbolises regional inequalities. ‘The water is of a high quality in Austria. We can swim in the river with our grandchildren. But that changes as we head to the south of Europe, towards the Balkans.’ Phyllus Rachler, a clean water specialist at the WWF NGO, hasn’t much to add. ‘We’re not against using the waters for shipping, but we’d prefer to adapt the boats to the river, and not for it to be the other way around. The Danube is for people too – not everything has to be about money.’

Wolfgang Rehm is an ecologist for Virus, which despite its apocalyptic name, is a humble NGO working with a next-to-nothing budget. ‘You have to know how to differentiate the distinct stretches of the Danube. That’s why the Danube strategy failed. It’s an uncoordinated catalogue of ideas which don’t match with each other. For example, it didn’t know how to identify or neutralise existing potential threats in Hungary and this lead to a catastrophe last year.’

Hainburg or Battle of the Danube

Today the Donau-Auen national park, which spreads from Vienna to Bratislava, is a place where you can picnic or bathe amongst water lilies and it is also a symbol of political accord. This wasn’t the case back in the winter of 1984, when the government wanted to create a hydroelectrical centre in the city of Hainburg. Critics thought it would damage the Danube eco-system, and mobilisation began. Wolfgang Rehm shows me a black and white picture of himself, aged eighteen, in front of a protest armed with sunglasses and hair. ‘I helped people across the forest, to supply food and sheets for the tents and those who were sleeping around bonfires. There were about six or seven thousand of us in eight campsites. We were very well organised, we even had to share our food with the policemen who were trying to get us out!’ The government held a truce for Christmas, but the campsites remained until the project was finally cancelled. ‘It was a great success,’ affirms Wolfgang with a proud smile. 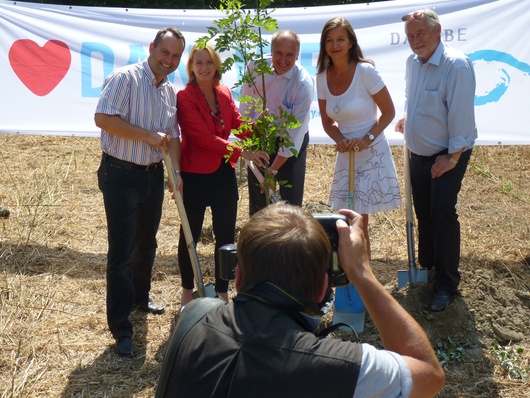 The residents of the Danube are no longer tracking down salt mines or fighting for medieval territory nor swallowing mud from the trenches of a world war. They’re not even diving into the forests for any kind of protests. Danube day 2011 ends with an official visit. The Austrian transport minister and other older political representatives have come to be photographed planting a tree. She shows off her power in three quick flexes. She arrives twenty minutes late and no-one complains. She shakes thirty hands in under three minutes and is the only one in a jacket and heels. Behind the official photo, there’s a sign: I love Danube.

This article is part of cafebabel.com’s 2010-2012 feature focus on Green Europe. Read the official blog from the cafebabel.com team in Vienna