Viaggio Italiano: The migrants' story brought to the stage

In a charity bookshop in a small town in Tuscany, actor Mario Spallino takes an intimate audience on a journey with the migrants and refugees trying to make a life in Italy.

He surveys the room, looking closely at the people gathered before him, and then starts to recount a journey. It’s not his journey, but that of a young man on a train, a migrant on the way to a job he's heard about. The young traveller is armed with just a bag and is engaging in a game of hide and seek with the conductor. It's not long, though, before the game is lost. The conductor has found our young traveller is without a ticket, and takes great effort in publicising this to the carriage, before ceremoniously kicking him off the train at the next station. For now, the journey is over. 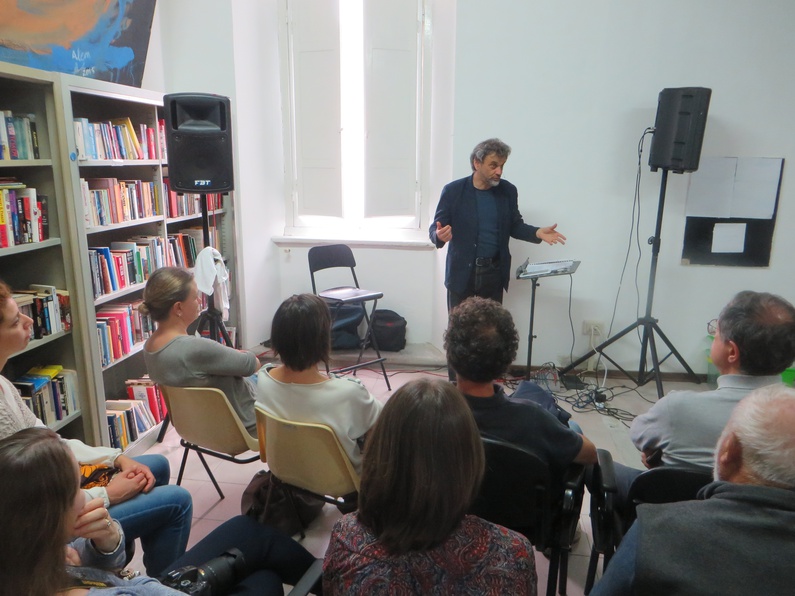 I'm at Dal libro alla Solidarietà, a charity bookshop in the small Tuscan town of Fivizzano, at the invitation of friend and president of the bookshop committee, Carmine Mezzacappa. For one evening only, the shop has been transformed into a makeshift theatre. The actor Mario Spallino is taking us on a tour of Italy. It's a journey with Emergency, a charity that works with refugees and migrants who are trying to make a new life in Italy.

Mario's Viaggio Italiano takes us into the parallel lives of a group that is often out of sight from mainstream society. As well as our train traveller we meet the agricultural workers in the south of Italy living in dormitories piled high with people; the refugees coming in from the south by boat in search of their 'promised land'; and the increasing number of Italian 'migrants' in search of work. We take a visit with the polibus, Emergency's mobile clinic, to the migrant farmworkers of the south, pickers of Italy's fruit and vegetables. These are the stories of people who often work in the informal economy. There, the clinic can provide healthcare and medical support to people whose working and living conditions most Italians would be horrified at.

Reflecting the increasingly polarised opinion on refugees across Europe, on our tour we also meet people on the journey who are quick to voice their anti-refugee views. He considers that it’s the same fear and disliking of the outsider that many of the previous generations of Italians would have felt when they left for foreign shores in search of work and a better life. 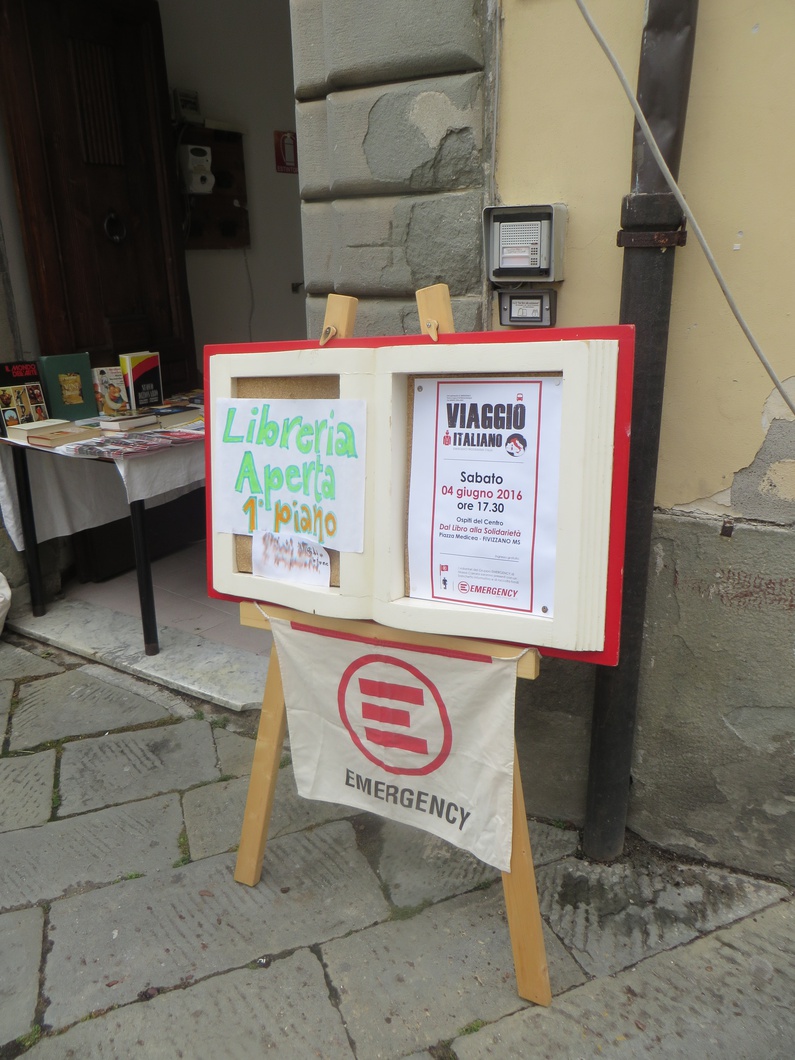 Viaggio Italiano has been touring Italy for a couple of years with the mission to bring the migrant voice to a wider public. And it seems more relevant now than ever.  More than 140,000 migrants have arrived on the shores of the Italian coastline this year alone. At the same time, as borders are going up across Europe, political rhetoric has increasingly verged on the hostile towards refugees. The political stalemate over a common European solution means that countries like Italy and Greece will continue to be at forefront of the crisis. If Viaggio Italiano can do one thing, it is to put a voice to the migrants and bring their story into the mainstream.

Mario's audience is made up of volunteers at the bookshop, people who work with Emergency, and the general public. Visiting just for the day, I’m quickly made to feel part of the community. It’s talking with some of the volunteers of the bookshop afterwards and hearing their passion, that I’m reminded that in the current climate of political stalemate so often it's places like this, community hubs, charity bookshops and local networks, that are leading the charge.