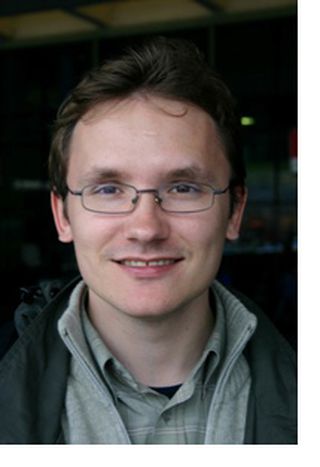 'Vetoing alone antagonises your partners in the EU'

Will Poland maintain its veto against EU-Russia negotiations for a new economical and political agreement? Energy and agriculture seem to be the key

Piotr Maciej Kaczyski is a Polish European affairs analyst at the prestigious Institute of Public Affairs of Warsaw, who spoke to us ahead of the upcoming EU-Russia summit in Helsinki

Poland has chosen this timing to strike up another diplomatic confrontation with Russia, a country under whose power its people were trapped for centuries. Poland doesn’t want the EU to start negotiations for a new co-operation agreement with Russia, if Russia doesn’t ratify the European Energy Chart. Russia also need to reconsider its embargo to Polish agricultural goods imports.

Does anti-Russia feeling exist in Poland?

No. Poland is realistic about Russia and very sensitive about its own national interests. Russia still often treats central and eastern Europe as its playground, an attitude which most of western Europe agrees with. Russia wants to have access to European energy markets, but is unwilling to open its own energy market to European companies. As we saw last year, it uses its energy capacity for political reasons. Its obvious political agenda saw it put an embargo on the import of certain agricultural goods from Poland last spring. Meanwhile it refuses to sign border agreements with Latvia and Estonia, calling for anti-Estonian and anti-Latvian resolutions in international forums - such as the UN or the Council of Europe - where it accuses those two countries for discrimination against Russian speaking minorities.

Moreover, Poland is almost fully dependant on Russia’s oil and gas supplies. The only guarantee of constant supplies it has for the moment is through Russia, and the subsequent importance they have in delivering oil and gas to Germany through Poland. Hence the strong Polish opposition towards the Baltic pipeline construction.

Has the country tried to find new providers other than Russia?

Yes. For the moment the likeliest option is to import gas from Norway. What also seems to be decided is the construction of a LNG terminal on the Polish seaside. As for the oil supplies, new projects include Azerbaijani and perhaps Central Asian oil transported through a new pipeline from Odessa, Ukraine to Plock and Gdansk in Poland. What is interesting is that Poland constantly is looking for new resources of gas and oil on its own territory. The latest discoveries under the Baltic sea suggest that potentially useful sources of energy remain undiscovered.

Poland rejected Russia’a offer to build a bifurcation of the Baltic gas pipeline. Did they make the right decision, bearing in mind the pragmatic nature of the initiative?

The decision to construct the pipeline was clearly a political decision that will severely harm Polish national interests. There are three ways Poland can become secure in energy supplies.

Firstly: alternative sources. The problem with them is that in the short or mid-term, it is impossible to implement.

Secondly, the current situation shows that all gas from Russia to Germany goes through Poland. So, by harming Polish supplies Russians would harm their relations with Germany. Clearly they want to avoid this. The Baltic pipeline bypasses Poland and makes it less secure in this perspective.

The third way is to become one of the biggest clients of ‘Gazprom’, and then Poland will be as dependant on the Russian public oil company, as it itself is on Russia.

Russia doesn't want NATO to build an anti-missile base in Poland. What would happen then if the military base goes ahead?

The Polish government is pushing this issue not because it is anti-Russian, but because it wants to consolidate its military alliance with the United States. Russians have no reasons to fear those installations, as they are not thought to be directed against Russia. However, the negotiations with the Americans are difficult and the Polish government objects to some of the American propositions (such as the ex-territorial status). So what is needed is that Poles actually talk not only to the Americans about this base, but also to the Europeans and Russians. My assessment is that more could be done here on the Polish side.

Do you feel the EU doesn’t understand Poland?

Poland is not Russophobic, it is realistic about Russia. Today partners do not trust each other. Warsaw and Moscow distrust each other; yet also Brussels, Washington and Moscow look with suspicion towards one another. The real Polish problem is the management of its foreign policy. It was justified in asking for European support in the food embargo Russia introduced a few months ago. But vetoing alone antagonises its European partners. This issue should be brought up at a much earlier level in lobbying the Commission and the Presidency, and it would naturally result as part of the mandate given to the Commission.