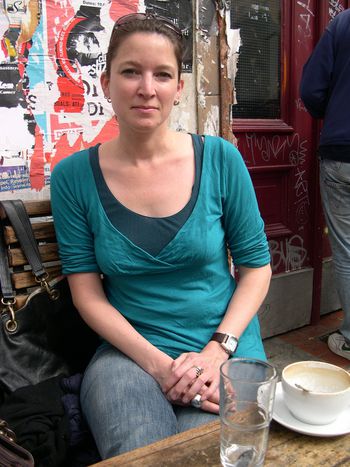 Berlin is the inspiration behind the German font designer’s creations, so we meet the 38-year-old there. We talk type, women, men and originality

Verena Gerlach was at a party yesterday. Her big sunglasses tell me that I am not the only one finding it too early this sunny Sunday morning, as we stroll along a quiet street in the southern Berlin. ‘You have to get used to people using your font design as they like,’ she begins. ‘It might be used to express ideas you don’t agree with, or the result might simply be ugly.’

Saving the GDR past 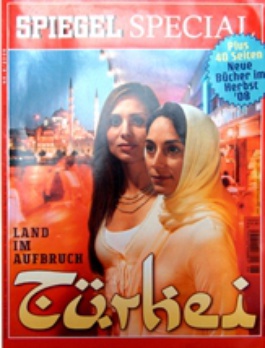 Born in 1971, Gerlach has been a font designer since she became interested in typography while studying visual communication at the Kunsthochschule Berlin Weissensee (Berlin Weissensee School of Art). ‘It’s a tight little corner,’ she explains. ‘Everyone knows each other, even internationally.’ She calls her way of doing font design as a ‘search, find and rescue’ method. She started with it after the unification of the two sides of Berlin in 1989. ‘When the wall came down, I thought, oh wow, this is a great playground. On the east side due to the economy of scarcity everything was still there but that, too, is disappearing.’ As a west Berliner inspired by that discovery, she began to take pictures of shop letterings, which developed into her own type face.

Another of her typeface projects was inspired by street signs in west and east Berlin. The interest in saving the old GDR past continued when she lived in the previously important socialist building, Haus des Lehrers ('the House of Teachers'). Its cheap rent attracted many young people, and before long a ‘studio community’ developed of around forty artists, including architects, filmmakers, designers, photographers and musicians. The building in Alexanderplatz, the centre of the former socialist part of the city, became an important part of Berlin subculture. Today, it is just another block of flats with offices inside, an architectural trend common to modern Berlin. 'When we moved in, there was a board with a list of tenants inside, so I took that and made a digital typeface.’ Gerlach also made a logo for the community - she adds graphic designer to her hat.

Tough designing world for a woman

‘This is a very intense job. You work day and night because when you are in the flow you have to keep going.’ According to Gerlach, the actual designing is just as intense: ‘You have to choose whether you take black or white, you can’t work with grey. It’s yes or no, you have to make clear decisions in your design.’ The type designing world seems to need some resoluteness, too. ‘It’s a very white male heterosexual field I am working in. You hear all sorts of nonsense; one Swiss typographer said women aren’t as good as men because they get pregnant in the end. Sometimes you wonder whether a guy is interested more in your bum than in your work, though, most of my male colleagues are very nice.’

It’s for these kinds of reasons that Gerlach had some regrets about her choice of profession, if any. ‘I was wondering where all the women are, so I decided to be a role model and show that there are female designers.’ By reading lectures and attending conferences she noticed a lot of women, though only very few would go onstage. ‘I kept in contact with great female designers and there has been already some collaboration,’ she says, offering the Typeladies website as an example. It’s an open platform where designers from US to Russia can present their work. ‘There have been disappointments too,’ Gerlach admits. ‘Women are such perfectionists. It takes them ages to present their work when men are showing off on the stage after producing one single letter.’ 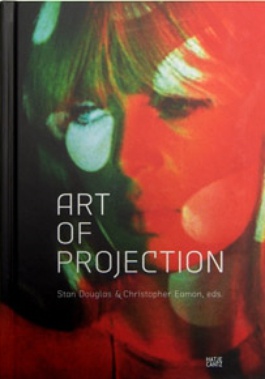 Gerlach is also passing on the know-how to later generations by teaching type design and typography at the Design Akademie Berlin. There is a clear difference in generations, but not necessarily a good one. ‘Often students do exactly as I tell them but they don’t go further. This is not the fault of computers, since when you grow up with a mouse in your hand, you know how to use them. But a computer is not a thinking machine, you need to use your brain.’ Teachers from England and Poland agree with her, which worries her, especially when she sees the homogenisation of traditions everywhere. ‘In general, the uniqueness of each country in the design is disappearing, since everybody is just copying from each other and from the magazines where you see cool and slick design.’ Her mission is to keep Berlin’s typographic past, at least, from vanishing. Being a teacher, lecturer, font and graphic designer makes Gerlach a busy girl; only three quarters of an hour have passed but she already has another errand to run. A car carries her off, and I’m left to finish my tea in the awakening Kreuzberg.