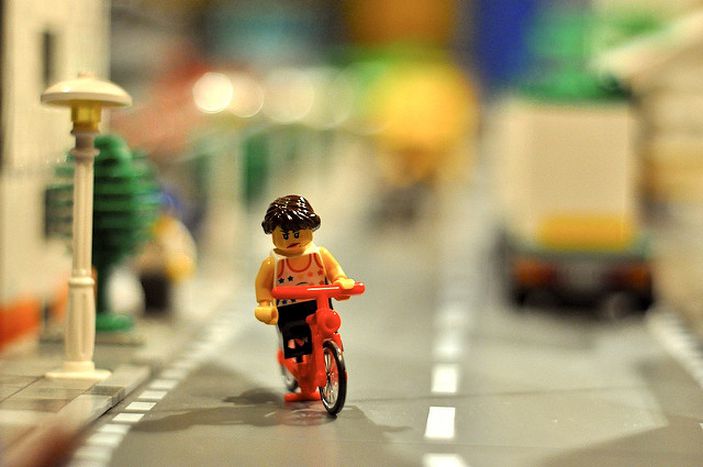 Velofabrik : the bike Made in Brussels

This cooperative society, which was born during the 2014 summer, is in full expansion and is looking to produce 200 bikes this year. We met Jean-Philippe Gerkens, its delegated administrator, in their workshops.

Velofabrik’s state of mind is clear when you enter the place. Located in a big warehouse – a few steps from the Annensens metro station – the workshop is luminous, and calm. And considering the small amount of bikes, we quickly understand that we’re not in an industrial scale production for this cooperative company with limited liability and with social objectives.

When we arrived, we met Kim – Velofabrik’s mechanic since last October – who presents us his work. He puts together the different pieces of a bike entirely built here, in the heart of the Belgian capital, and following a very strict design brief. Indeed, this brief take into account the physical characteristics of the client (height and weight), but also the technical details requested during the order (number of gears, colour, type of wheel etc.), the majority of the components coming from Europe.

This is what makes Velofabrik special, and they’ll soon be celebrating their two-year anniversary. This cooperative society has decided to base its production on essentially European pieces. This is what Jean-Philippe Gerkens – one of the founder of the society – affirms to us. “According to the bike, 60 to 80% of the pieces are bought to European companies”. Thus, the bike frames come from Czech Republic, the peddling mechanism from Portugal, and the seats from England or Italy. This presents two perks: the system supports European jobs and it guarantees a high-quality bike.

However, Jean-Philippe explained that some components come from Asia “due to the price or to the quality”. Among these are the tyres, coming from Indonesia. And some of the components can only be found in Asia, in China, in Taiwan or in Japan.

But the assembly line is only in Brussels, in Velofabrik’s workshop. Each bike corresponds to an individual order, which specifically fits the client. That’s why there’s always a meeting with the cyclist before the order is made to know in what condition the bike will be used. As Jean-Philippe confides us, in this workshop we build “bikes à la carte”.

If the selling price, from 650 to 800€, can seem a bit expensive, the founder considers that the bike will be “as cheap as a bike bought in a large sporting goods store after a few years. Perhaps the expenses are a bit higher at the beginning, but the bike is solid and cost-effective. It’s a bike for life”. 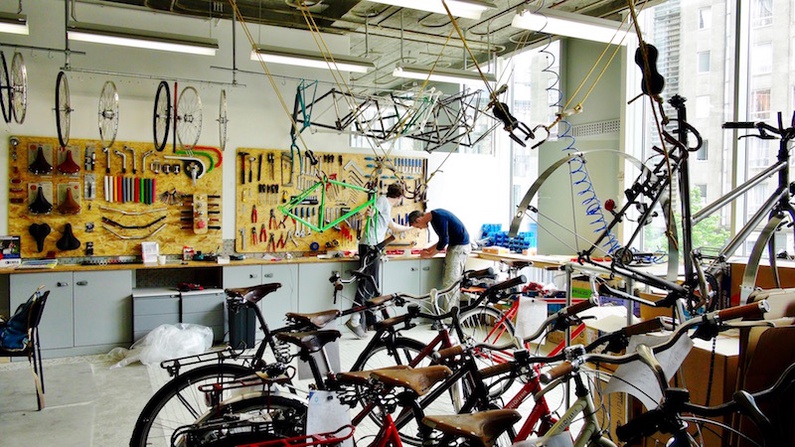 The co-operators are cycling enthusiast

Another one of Velofabrik specificity lays in its judicial status. Being a cooperative society with social objectives, its aims is not just commercial or lucrative. It must fit some criterions. Around 170 co-operators contribute to the development of the company, and among them “only 5% of the shareholders are interested in the dividend they can get from their investment. The others are cycling enthusiast, and have hopes for the future of bikes in Brussels.” Jean-Philippe tells us.

But this peculiarity is also sine qua non to the judicial status of the company. Being social, the investors cannot be compensated beyond 6%, which in theory, excludes people only here for profits.

It also allows a healthy development for the society, which is gaining fame in Brussels. Launched in 2014, Velofabrik produced 70 bikes in 2015 and is looking to produce around 200 this year, and up to 400 in 2017. Although, one mechanic is employed on a three-quarter time basis, Jean-Philippe would like to hire other peoples in the years to come; for the mechanics as well as for the logistics and the administrative and commercial management.

However, in spite of its expansion, the company is still not making profits and holds a small capital of 120,000€. “For the launch, we got the help from many volunteers. My wife puts 20 hours of her spare time in the society, completely free of charge” the founder explains.

But beyond manufacturing bikes, it is about defending a certain view on public transports policy. “We wish to develop Brussels’ mobility and take a step into the development of a policy on bike mobility. In the future, we would like to sustain the development of the network of neighbourhoods’ workshops” Jean-Philippe says.

He also declared that the administration needs experts dedicated to the issue of cycling, and Velofabrik wishes to be implied in concrete projects.

Jean-Philippe has specific idea regarding a reflexion on bikes in Brussels. “We would like to invest in an academic fund for research on bikes, whether it be engineering, urbanism, marketing of biosciences” he says. It would be about supporting students in Masters degrees or PhD to research on the issue, with the help of “scholarships that we would fund, in co-operation with universities funds and private partners”.

We can rely on this cooperative society to develop an alternative mobility in Brussels, but in the whole of Belgium.

Translated from Velofabrik : le vélo Made in Bruxelles