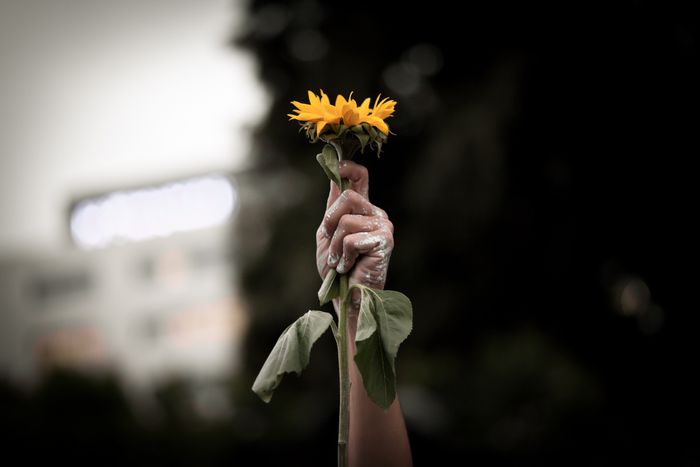 There has been huge public outcry in the face of cuts in the education, development and health sectors as well as the freezing of salaries in Spain. In a country where one cannot even protest peacefully, the police made use of their batons to makes sure that teenagers only practiced the 'be seen and not heard' tactic in eastern Spain on 20 February

Gandhi once said that 'violence projects a fear of the ideals of others'. Unfortunately, the ideals of Spaniards are getting lower every day. What has been forgotten is that these are 'ideals' are also constitutional rights. The Spanish people are not willing to renounce their right to protest and express themselves freely. Spanish democracy appears to have been on sick leave for months. Its supreme guardian, the government, confronts its fear by ordering police to disperse, no matter how, with a few Valencian minors who were actually protesting for not having the basic commodities in their public schools.

'Our government has squandered all the money we had'

'Hundreds of students were locked up at a history department in the building which was surrounded by riot police,' explains one Spaniard, 27, from Valencia. 'It all started on 16 February, when secondary school students protested in the street opposite their building in the city centre, because they had no heating. This is the situation in many schools because our government has squandered all the money we had. We now can't pay for material, books, teachers, and so on.'

Protests past show that the conduct of the law enforcement services was already questionable; it is now almost impossible to defend their heavy-handedness. The violent police clashes against students who took to the streets to express their objection to education budget cuts in Valencia speak for themselves. Videos of the brutality circulated on the internet and blogs sprouted up in protest. Valencia's chief of police Antonio Moreno argued that the actions were in defence of the 'enemy'. Paula Sánchez, the government's representative in Valencia, hoped that it would all remain 'an anecdote' as orders were given to consider any further people blocking traffic as a 'civil disobedience'. Protests have popped up to mirror this days-long event across Spain. It is all yet another item on the protester lists, including labour reform.

Interior minister Jorge Fernández will appear in congress to explain the conduct of the police. Until then, the people have had to settle for the conservative prime minister Mariano Rajoy's reaction to the violence: 'We cannot project a negative image of our country'. They are going to have to order good varnish with which to mask it. Judging by reactions so far, the day that social tension does explode, there will not be enough anti-riot squads to strike down the fury and wrath of the people. It will mark a page in Spanish history rather than just the 'anecdote' that local government has claimed this is.