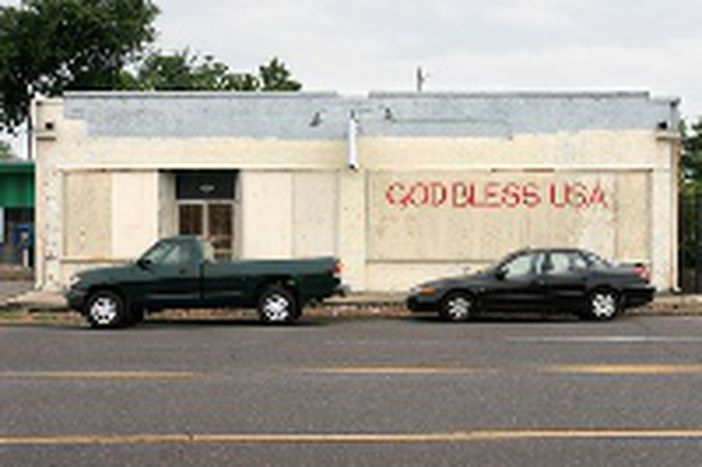 On Nov 7, Americans will elect their new representatives. In the US and in Europe, politicians smear, heckle and taunt each other on religious issues

´If you’re not electing Christians then in essence you are going to legislate sin,´ said Katherine Harris, Republican candidate for Florida the upcoming US Senate elections in November. A key player in the 2000 ballots scandal, Katherine Harris is also known as a devout Christian. In a nation where schoolchildren daily pledge allegiance to the flag of ´one nation under God´, it should come as no surprise that religion plays a role in elections.

On November 7, Americans will elect all 435 seats of the House of Representatives and a third of the seats in the Senate. But are religious stakes more important during the US mid-term elections, half way through the president’s term, than in Europe?

US: Republicans vs. Democrats

It seems natural that the strong statement about legislating sin should come from a Republican. After all, Democrats are often seen as liberal, whereas Republicans are viewed as conservative, even Christian conservative. As proof of this the Bush administration's strong link with the Evangelical lobby is often mentioned, as well as the president’s public expressions of his faith. Bush is what is known as a born again Christian, someone who ´found God´ at a later age. Critics even accuse the Bush administration of having a secret religious agenda in its fight against terrorism.

Certainly, the Bush administration has pushed issues which are important to religious groups, such as opposition to gay marriage, the nomination of anti-abortion judges, Samuel Alito and John Roberts, to the US Supreme Court. With about 20% of Americans identifying themselves as Evangelicals, cooperation between the administration and the religious right makes good political sense.

But this may be more a marriage of convenience than one of love. Last month a book hit US bookstands in which a former White House aid exposes Bush´s ´betrayal´ of the Christian right. In his book, David Kuo claims Bush betrayed his campaign promise to raise more than 8 billion dollars for religious groups in his first year in office. White House officials are also portrayed as openly making fun of ´power hungry´ Evangelicals. Kuo, an official for the Faith-Based Initiatives programme, asserted that his liaison work with religious groups, was obstructed by high ranking officials from the Bush administration.

Democrats on the other hand are determined to shed their image of liberal atheism which has cost them votes of ‘middle of the road’ Americans, 72% of whom indicate they would like to see religion play some role in politics. Former Secretary of State under Clinton, Madeleine Albright, published ´The Mighty and the Almighty´ in which she pleads for a healthy interest of politicians in religion. Democratic candidates for the November elections all try to find the middle ground between liberalism and religious conservatism. Democratic rising star Barack Obama, senator for Illinois, disagreed with his Republican opponent who said that ´´Jesus Christ would not vote for Barack Obama´´.

Europe: a rising tide of christianity

But maybe Jesus Christ would prefer voting for an American Democrat to participating in European elections. After all, Europeans chose not to mention His Father in the constitutional treaty. And not so long ago, Rocco Buttiglione was sent home when it was suggested that his Catholic views would prevent him from being an effective European Commissioner on Justice and Home Affairs.

But religious groups, the Catholic Church first among them, have not given up the continent altogether. They are present among lobby groups in Brussels and the Catholic Church has strong bilateral relations with EU member states, codified by treaties known as concordats. With the accession of new member states such as Poland, Malta and Slovakia, all three allied to the Vatican, the EU is faced with new conservative influences in the Council and the European Parliament. Polish League of Family MEPs would no doubt like what Katherine Harris has to say about legislating sin.

Even though Europe and the US both officially recognize the need for a separation between church and state, neither of them seems able to completely secularize politics. But the US is not as fanatic as Europeans would like to believe, nor is Europe the atheist Sodom and Gomorra some Americans would have it be. Both continents however face devout believers who are hell bent on getting religion back into politics.