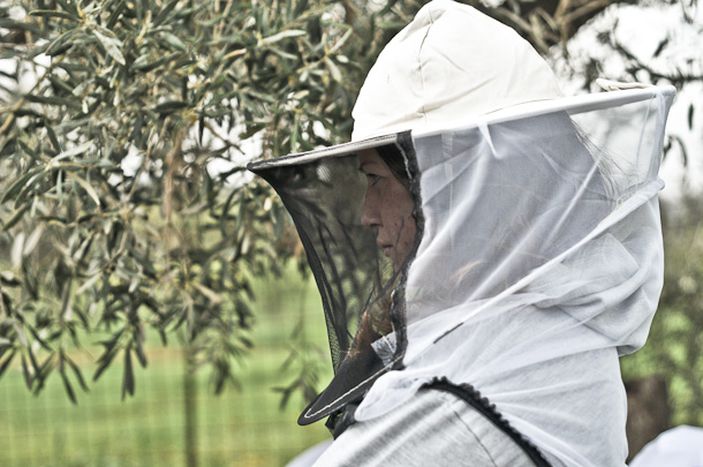 Faced with austerity measures, many Greeks, especially the younger generation, are finding themselves forced to turn to alternative lifestyles. I spent one Sunday in the utopian universe of a farm outside Athens, where beginners can learn everything they ever wanted to know about organic farming, but never dared ask - for free

It's like being on a real scientific expedition. Clad in protective clothing, hats with veils and leather gloves, everyone seems keen to get going. Around twenty students, beekeeping novices, are clustered in a semi-circle, listening avidly to renowned agriculture specialist Panagiotis Skotidakis as he explains how to handle a beehive. 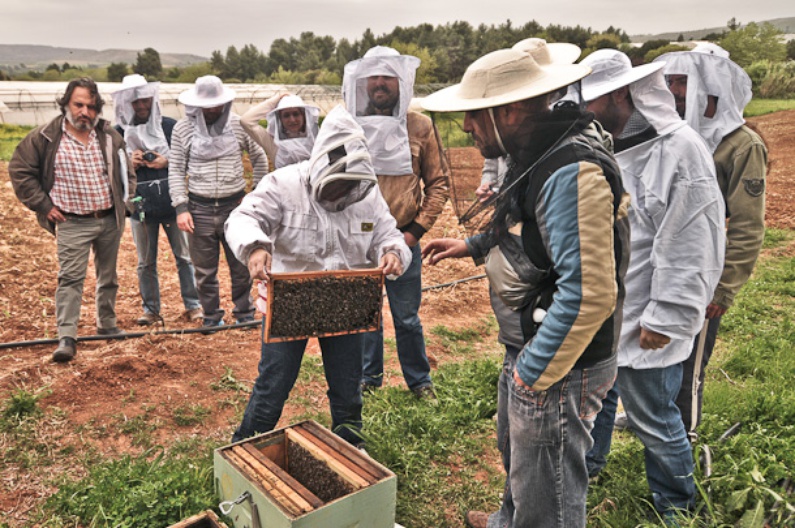 Everyone seems captivated by this secret universe. The teacher recounts a short anecdote about the three hives in the colours of the national flag that were recently placed on the roof of the national assembly in Paris. 'That just wouldn't happen here. People here have seen too many films about killer bees,' says one of the students, laughing.

Every Sunday Giorgos, a young unemployed Athenian, comes out to this isolated farm 30km north of the capital to take beekeeping lessons in a school of organic farming unlike any other. With its free classes and cooperative approach the Oikosxoleio, which opened in 2012, has been a roaring success - especially amongst young people. 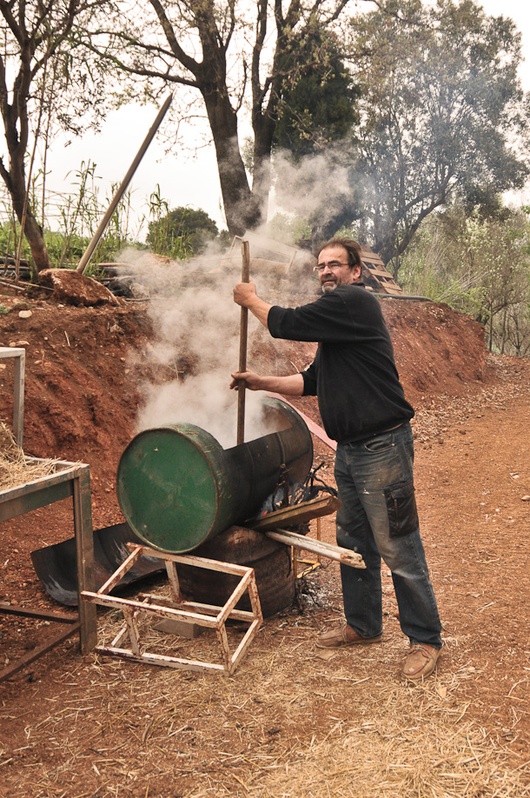 In Greece, unemployment among the under 25s is soaring. Young people are being forced to turn to alternative lifestyles. They will jump at any opportunity to make ends meet. 'The financial crisis changed a lot of our attitudes,' Giorgos tells me. 'Our grandparents' generation all moved into the towns en masse in search of a better life, but we're experiencing the opposite phenomenon. Some of my friends who couldn't find work have left Athens and moved to the islands. Now they're farming the land and living off the produce of their own work.'

The other students nod in agreement. They all dream of having a little parcel of land for themselves. If this isn't possible on the islands or in a village near the capital, at least they can have a kitchen garden on the roof of their apartment buildings. 'It's good to eat something you've produced with your own hands. Although nowadays it's less expensive to buy a kilo of tomatoes than to grow them,' one of them says despondently.

The man behind the school is Theodoris Arvantis. Despairing of the state's lack of interest in organic farming, the former sociology student decided to take matters into his own hands. This is not unusual in Greece, where social solidarity initiatives are popping up everywhere, offering everything from free care to illegally connecting houses to the electrical grid.

Theodoris' idea is simple but effective: instead of giving money to charity, he has chosen to educate people so that they can grow their own food. He was already producing fruit, vegetables, honey and cheese on his land, so all that remained was to find agriculture instructors who wanted to teach for free and students who wanted to learn. 'I started from the belief that the earth belongs to everyone. So, if anyone wants to learn how to work it, I had no choice but to open my doors,' Theodoris explains very simply.

Theodoris has been an organic farmer for two decades, even before it was fashionable. His farm is his pride and joy. But despite everything, a quick glance is enough to see that the crisis has not spared even this remote little piece of land. The greenhouses, ravaged by a storm, have been almost completely destroyed. 'Unfortunately we don't have the funds to repair them at the moment,' he explains with a shrug. He prefers to change the subject. 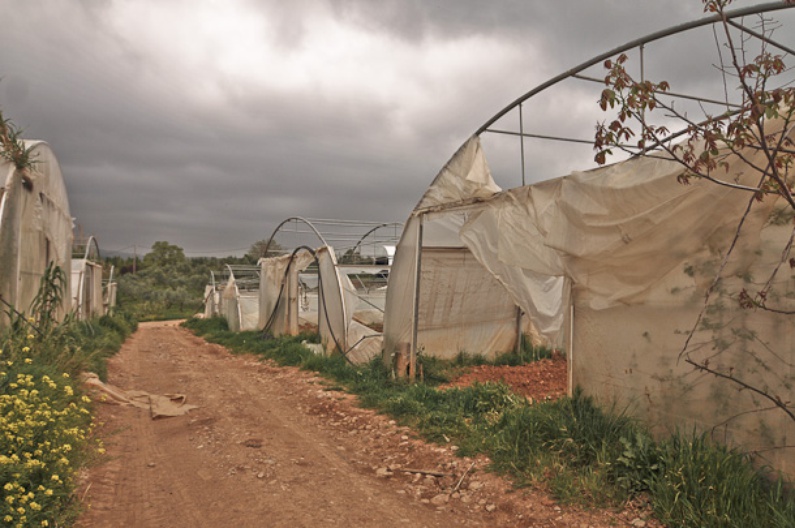 He takes me to see fifty-year-old Grigoris, whose situation aptly sums up Theodoris' philosophy. 'He hasn't been able to get much work recently but he didn't want to rest on his laurels. So he came here.' With Theodoris' blessing, Grigoris has decided to grow mushrooms. Today he is sterilising the area where he's going to plant them. He runs around in all directions, looking like a man who knows what he's doing.

Did he learn it all via lessons given at the farm? 'No, I found everything I needed on the internet,' he says simply.

'Who knows, perhaps this crisis also has a positive side. It's opened people's eyes and made them want to look to the earth and organic farming,' says Theodoris, summing up the current situation in Greece with a philosophical tone. Nor does he intend to stop there. Theodoris still has lots more new projects in mind: for example, he wants to get involved in agritourism, or start offering new lessons so people can learn how to make jam and other provisions for winter.

This is part of a series of special monthly city editions on ‘EUtopia on the ground’; watch this space for upcoming reports ‘dreaming of a better Europe’ from Warsaw, Naples, Dublin, Zagreb and Helsinki. This project is funded with support from the European commission via the French ministry of foreign affairs, the Hippocrène foundation and the Charles Léopold Mayer foundation for the progress of humankind