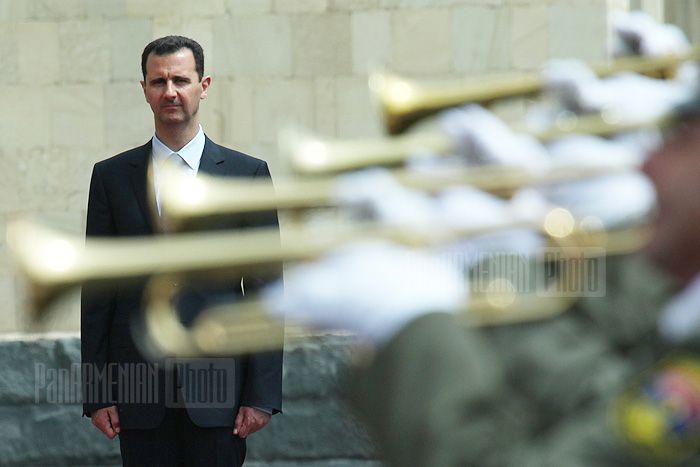 Unrest in Syria whilst president Bashar plays videogames in his palace

The cycle of protest and repression is escalating here in Syria. Not since 1982, during the islamic uprising in Hama, has the Ba'athist regime been threatened like this. Demonstrations are gaining critical mass, after which point no concession will satisfy the popular forces demanding the end of al-Assad's regime

Now, living in Syria, I understand the vice of fear that autocrats use to force silence from their subjects. Living in the west, you cannot appreciate the pervasive wall of fear that forced silence for decades. I was just one when the Berlin wall came down, triggering a long wave of democratisation in our part of the world. Here, you are reminded of the regime 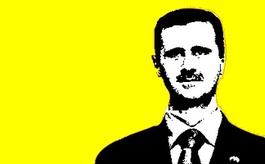 The inauspiciousness of being Bashar

Bashar is respected to a vastly higher degree than any Gaddafi or Mubarak. He leads an inauspicious lifestyle and is liked for being more progressive than his predecessor. But people despise the ever-present mukhabarat (intelligence agencies) and their informants. They are never far away, in the workplace, on the street corner, in every government office. Rumours have long been circulating that Bashar is not really in control, that he sits in his palace playing videogames and trying to enact reform while the Alawi military-intelligence barons take the real decisions. 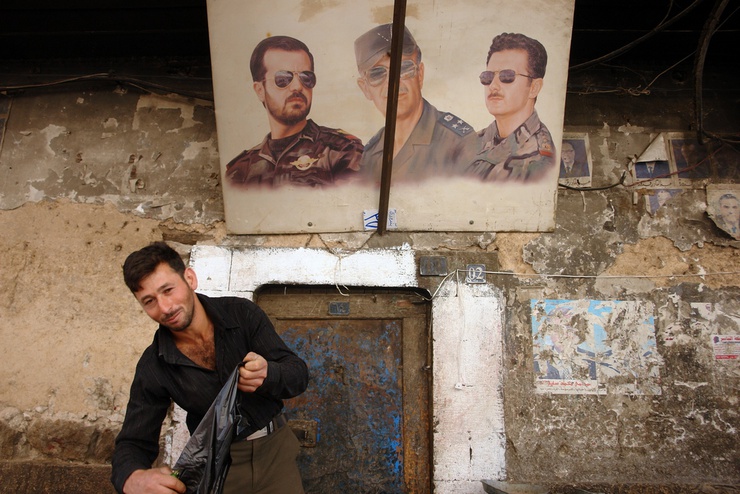 Increasingly, it looks like the regime spreads versions of this story to protect Bashar's image. The regime is amongst the most static and cautious in the world. The political system is barely different from the state ruthlessly built by Bashar's father, Hafez. A close coterie of clan members control key security agencies, in particular Assef Shawkat, Bashar's brother-in-law, the head of military intelligence. Hard, material power - prisons, guns and budgets - lies with this invisible core elite, who dangle the carrot of state contracts and profit in front of the commercial Sunni elite based primarily in the country's two main cities, Aleppo and Damascus. Meanwhile, the state waves the stick of blacklisting, arbitrary imprisonment and disappearance at those who cross its red lines.

However, the regime's attempts at self-preservation focused mainly on Aleppo and Damascus. There, soldiers, police and state power were on show everywhere, whilst profits flowed in from economic liberalisation and tourism. The other cities, including Homs and Dera'a, did not see the same kind of attention. Although they are still afraid, Syrians are rediscovering the satisfaction of voicing political anger whilst rejecting the old narrative of sectarian division and foreign plots. Instead, they insist on togetherness. One chant goes Wahid, Wahid, Sha'ab Sury Wahid. It means ‘One, One, the Syrian People are One’. The regime replies with bullets.

Although they are still afraid, Syrians are rediscovering the satisfaction of voicing political anger

The contrast with the saturated discourse in western politics is huge. Here, sociability forced us to silence, fearful that others would overhear us, leading to our sudden disappearance. Previously, nationalism blended with fear to stop people from voicing their true feelings about the political system. Rebellious thoughts were acceptable for the regime, but they had to remain inside the personal domain. When they left it, individuality of expression was punished heavily and arbitrarily. Thousands of Syrians have been taken, their voices silenced. Prisoners become hostages, forcing the compliance of free family members. The silence that existed before reminded me of the crushing oppression of adolescent insecurity. People couldn't talk about the source of their problems, except with close family and friends during moments of vulnerability. But everyone knew it was there, lurking behind the hollow wall of fear, undermining both Syria and the Arab world. This barrier of fear is yet to be fully broken in Syria.

The name of the author of this article, Charles Gronning, has been changed for security reasons