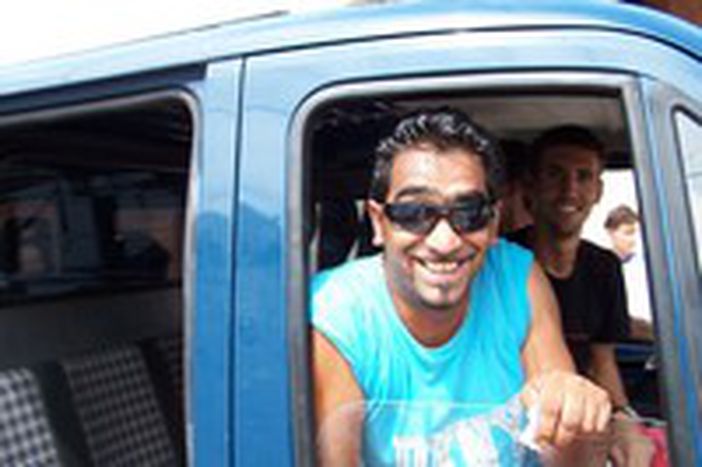 Independent or not, today the people of Kosovo want only one thing: the end of the United Nations’ ‘occupation’ of their territory

Priština’s main market square, November 2007: everything seems rosy. Fatmir, a young stallholder, can’t hide his jubilation at the constant flow of passers-by between the stalls selling tomatoes and melons. Not far from the vegetable stands, there is also a flourishing trade in CDs, pirated DVDs, and even Diesel jeans, right under the nose of the NATO-led Kosovo force officers (KFOR).

Fatmir, who has spent most of his life in exile in Germany, now runs his own small business, where he employs his brothers and his cousins. Settled back into the ‘old country’, he affirms that ‘the conflict has finished’.

Since NATO bombed Serbia in 1999, life seems to have got back on track in Kosovo. There aren’t any more long convoys of refugees and the only allusion to past clashes are the brand new monuments erected in memory of the Kosovo Liberation Army’s (KLA).

In any case, 2.1 million residents are awaiting the final decision on Kosovo’s status with a mixture of caution and scepticism. On January 26, Martti Ahtisaari, the Finnish UN Special Envoy, published his much anticipated report that revitalised the debate about the region’s prospective independence.

Belgrade’s Serbian parliament, which is opposed to any kind of autonomy, rejected the UN’s plan for a sort of sovereignty for Kosovo on February 14, an indication of the tense situation.

While they wait for a decision, the UN administers the territory. The international community has had contingents in place to monitor outbursts since 1999.

The United Nations Mission in Kosovo (UNMIK) estimates the number of soldiers deployed in Kosovo at the height of the conflict at 19, 000. 6, 500 foreign civilian workers were also sent in to consolidate field operations led by UNMIK, KFOR, the Organisation and Security and Co-operation in Europe (OSCE) and hundreds of NGOs. In 2005, UNMIK estimated that this international personnel presence had led to an increase of 9% of the Kosovan GDP.

Rebuilding Kosovo requires money but it also requires workers: some locals, fed up with the ‘humanitarian invasion’, have readily re-baptised their home ‘UNMIKistan’. Many are looking forward to just one thing: the departure of these ‘foreigners’.

Although it is officially still part of Serbia, at the moment the province seems to be run by international organisations.

Nay-sayers give Priština as a perfect example of this foreign interference; the capital, wedged between its hills and shrouded in the smoke given off by the neighbouring power station, hums gently with activity. Euros have replaces Serbian dinars in the cashpoints. The KFOR has set up customs checkpoints on the province’s borders. 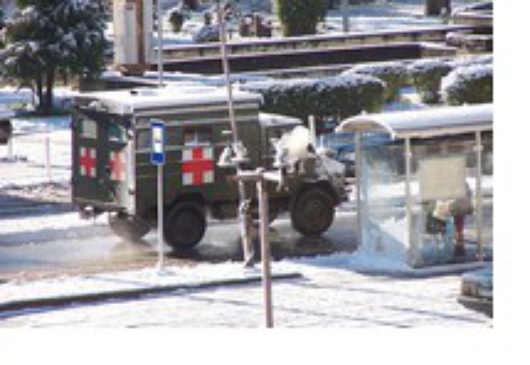 But the international community’s influence goes beyond money. The inexperienced and lacking Kosovan government is largely dependent on foreign presence, be it for the management of the police force, the organisation of elections, public health services, energy management or education.

The police patrol in a fleet of sparkling SUV vehicles. Every international organisation present in the province is housed in one of Priština’s buildings. Some are imposing; some, like the OCSE’s, are more modern.

Businesses are growing rapidly. ‘Business is very good, even for the off-season’, affirms the waiter at a café. Difficult to believe, given the deserted terraces.

Priština’s city-centre hasn’t been the only area to profit from the cosmopolitan occupation: the residential areas further out are experiencing a property boom. The owner of the Velania Guest House proudly shows off the extension that is underway on his bed and breakfast. Vlatko, a Bosnian worker on the building site, says he’s earning ‘triple what I could get in Sarajevo. And there aren’t even any taxes.’ All the workers on the site are foreigners.

The young Kosovans, under-qualified and too numerous to live off the land like their parents did, keep away from the UN hive. They hang around in the streets and in the cafés. In the middle of the week, a man in his twenties that everyone calls ‘Tag’ is spending his afternoon in a café. According to UNMIK, 39.5% of the active population is unemployed. Tag also doesn’t have a job. ‘There isn’t any work, so we spend our time with our friends,’ says Tag, spokesman for a generation of idle young people.

Life moves on uncertainly in Kosovo, resting on a fragile peace. And every evening the KFOR’s armoured cars go on patrol, reminding Pristina’s residents that the city remains under armed guard.