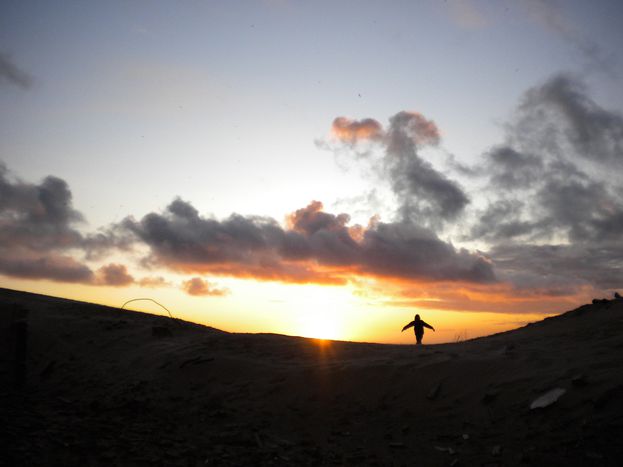 University in Denmark is free for EU citizens, plus other fantasy-realities

Denmark is truly a fairytale country, and not only because it produced Hans Christian Andersen: a stable economy, social equality and justice are the key to success for this, the happiest population on earth. Despite a miserable, leaden sky, a constant light drizzle and clouds pushed along by almost incessant winds, the little kingdom of Denmark attracts plenty of attention. Fascinated by this idea of a modern and balanced society, many people decide to go and study in the land of Hamlet, or even to move there for good.

The little northern appendix of Europe is a cultural bridge between the continent and Scandinavia. With the latter, they have not only their history in common but also the healthily-functioning welfare state which has made them famous, and of which they are so proud: the high 48.9% tax rate (in 2008, according to OECD data), combined with low tax evasion, allows the state to maintain its expensive but enviable tertiary sector, which offers public services that are more than desirable.

University in Denmark is free for EU citizens, and the buildings are fitted with everything you could possibly need: spacious lecture halls, areas for relaxing, and computer rooms where each student can make hundreds of photocopies for free every term. 'Here they have machinery and research labs that we could only dream of in Bologna,' sums up Alessandro, an Italian finalist at Aalborg. The Danish state invests millions of krones every year, not only on their buildings but also directly on the students: Danish students receive a state subsidy, the SU, which provides 5, 000 Swedish krona per month (around 700 euros or £439) as financial assistance to their studies. All you need on top of this is a part-time job, fifteen or so hours of work per week, and you can be financially independent.

In short, when you start university, you leave the maternal nest and start your own life, even if that is under the protective wing of the social democratic state: young Danes are coddled, or rather, gently accompanied towards adulthood. There is room to make mistakes, but they also have the security of knowing that they will land on their feet. For this reason too, there is no hurry for them to finish their studies; it is possible to take a year or two out. In fact, it isn’t unusual for people pushing thirty to return to education, after having done casual work here and there around the world.

In Denmark, the idea of competition isn’t a part of the mindset. Children grow up in peace, without any pressure, safe in the knowledge that 'there’s room for everyone', and that there’s no need to trample over their neighbours or lie on a CV to get a job. Young Danes have been given the possibility to follow their own path through life: they have time to travel, learn, and discover before becoming adults and settling down to have a family. It’s a moderate lifestyle that avoids excess and favours the simple pleasures, such as spending time with your family and playing sport: this is the secret of the high quality of life in Denmark. However, this moderation seems not to apply when it comes to beer; the Danes have the highest consumption rate in the world. Like the rest of Scandinavia, Denmark suffers from social problems related to excessive consumption of alcohol, says Moritz, a German erasmus student. 'You have to drink at least five beers with them before you become friends, or even get to know them at all.' The weekly lash-up is more than just a custom, it’s a widespread method of losing your inhibitions and 'letting yourself go', as Asta, a Lithuanian student who has been in Denmark for three months, confirms.

Some foreigners think that the Danish are spoilt and don’t realise how lucky they are. On the other hand, others maintain that they are definitely conscious of these 'good fortunes' and, in fact, they consider them rights to be defended at every cost. Denmark’s lukewarm position with regards to the project of centralising Europe is born from the fear that this common citizenship will put the enviable 'Danish model' at risk, or even bring it to an end. Danish society is a fine, and indeed precarious, balance which has been put to the test over the last few decades: on 9 November 2008, the newspaper Politiken wrote about the Danish government’s allocation of 2.7 million euros to spend on the repatriation of non-EU immigrants, so that they would renounce their permanent residence permit. Since 2007, the record year for immigration for the state, they have introduced new and stricter rules on resident permits and requests for citizenship, both of which are strongly desired by the nationalist party, the Danske Folkeparti (people’s party of Denmark).

The subjects of this fairytale kingdom are pleasant, happy, kind and helpful, even if their tendency towards reserved behaviour seems to make personal relationships and integration all the more difficult. The Danes are not lacking in open mindedness and forward thinking: we can only hope that the castle doesn’t become a fortress, and that the fairytale atmosphere of civilisation and equality which reigns supreme in Denmark continues to thrive in this magnificent country.