United we stand, divided we fall?

The European Union and its members are among the world's greatest contributors to international co-operation. But in practice, the 25 member states and the EU often lock horns 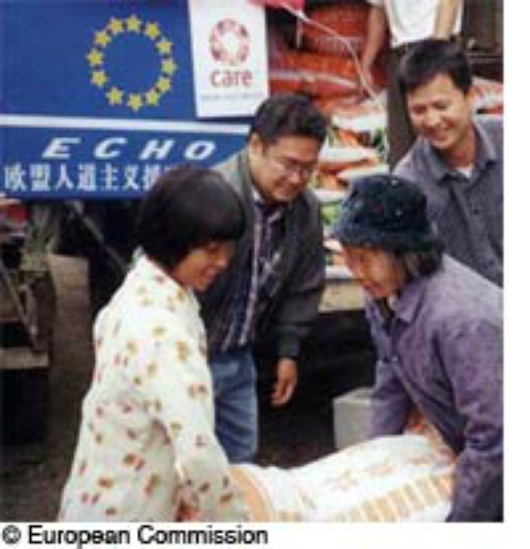 The EU commands around 10% of the entire means for international co-operation; but when we calculate the budgets of the member states themselves, the EU owns 55% of available funds in the world. What is particular to EU international co-operation is that individual nations are, through the Commission, trying to present a united front, and at the same time coming up with their own individual development policies. Several member states are giving development aid to over 100 countries but are getting bogged down by this piecemeal approach. Because of political expectations and possible economic advantages, development aid is now all about flying a flag of unity; the efficacy of the projects themselves often takes second place. For developing countries this proliferation of mini-projects is often frustrating, bureaucratic and hard to bear.

On the other hand, this multilateral help from within the EU's framework does lead to a higher quality of life. The reason for this is that approximately 90% of the aid received must not be kept back or reserved, unlike in poor EU member states where the control of resource distribution and project implementation is far less intense. Through price guarantees such as STABEX and SYSMIN, long-term finance planning (for the export of raw materials, for example) has been made possible. Because of this the EU has often, from a political development point of view, been honoured with the title of "Avant-garde".

However, all that glitters is not gold. For one, the problem of a lack of co-ordination rears its ugly head. "Attractive" aid-destination countries have independent state agencies and ministers from a variety of Union countries tripping over each other to help. These different players can rarely agree and often value their own prestige above and beyond an actual "development" programme. This competitiveness inevitably leads to friction and incoherence.

Although this is perhaps inevitable on the international co-operational development scene, it is unacceptable for so narrow a political block like the European Union. What is more serious is that this incoherence can have a counterproductive effect. For example, development policy initiatives for the promotion of more effective agricultural markets are being implemented, which smack of Union-wide protectionist policy similar to the fishing policies. Another core problem is the clashes between the enormous competency of the European Commission regarding foreign trade and investment, and the ever present intergovernmental logic of 'subjugation' foreign policy, which when on co-operational development's terrain, can only lead to trouble.

Other problems result from the distribution of responsibility for development policy within the Commission. Development policy aims are treated alongside “foreign relations" or “trade” under the authority of the Development Commissioner. The latter has proved to be frankly inefficient as billions of Euros worth of non-requested goods from the Development budget have piled up, while in many places in the world projects have had to be cancelled due to lack of funding.

Also, in light of the serious shortcomings in the management of development aid, project partners the world over are regularly left in doubt to their purpose and become ambivalent. However, the co-operational development policy of the EU has led to enormous improvements on a political level. Innovative methods such as the multidimensional project of conditioning (which could be cancelled by the Union if, for example, the benefiting country disowns human rights or the rules of democracy) have shown what enormous potential the EU contains to gain terrain for its development policies. Let’s hope that the new Commission will actually follow through on the promises of reform which have been talked about for so many years.