When terrorism strikes at the heart of the Empire, those proponents of US global hegemony, the ‘neo conservatives’, take centre stage. 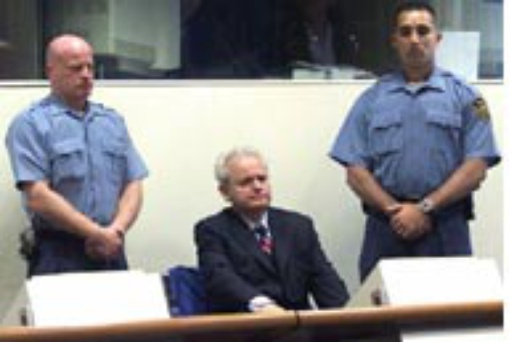 The new [neo-conservative] ideology began to take shape back in 1989, when, with the fall of the Berlin Wall, we said goodbye to the bipolar world forever. So by the time the Twin Towers collapsed, all that remained was to apply the theory. The European Left experienced this at first hand in the UN, where it continues to protest as the death count rises.

Has the Left developed a strategy to deal with the current world climate? Let’s take a look at the past: Spain joined NATO under a left-wing government that, during the 80s, was part of the old, bipolar world order regulated by the ‘equilibrium of terror’. The rest of the European Left held similar positions, and the EU was characterized by loyal –if autonomous- Atlanticism. Spanish and other European Socialists had a place in this ‘peaceful’ structure yet did not pledge unconditional allegiance to the ‘Hawks’. To take two examples, in 1989 Spain voted in favour of the United Nations General Assembly resolution condemning the United States’ invasion of Panama, and in Germany the relationship was sufficiently flexible to allow room for both the existence of the military base of the Rhine-Main and for German criticism of certain North American operations.

Post 9/11: a new legal system for the international arena

The Left’s position became untenable when the Twin Towers collapsed and the world suddenly entered a new era where the danger was no longer invasion by another State, but the diffuse and invisible threat of international terrorism. The social-democratic Left felt at home within what the neo-conservative analyst Robert Kagan called the ‘honorary multipolarity’ of the UN and the EU. But then the Towers fell. The European Left did not appear to realise that the norms that had regulated world politics during the Cold War were no longer of any use. International law, based on the observance of sovereign borders, and which only allowed for foreign intervention if these were breached, was left behind. These days, armed offensives –once the sole preserve of traditional armies- are financed by rogue governments with links to drug, arms, people trafficking and organized crime in general. Naturally, Javier Solana was aware of this problem, as demonstrated in the document " A Secure Europe in a Better World", adopted by the European Council on 12th December 2003, a few months before the Atocha bombings.

The European Left and the new politics of North America

When the Hawks decided that North American security was more important than the UN, the European Left did nothing more than condemn this attitude and sat back with a bemused air to watch the F-16s fly past. The crisis surrounding the UN’s legitimacy as a source of international law is glaringly obvious, but in Europe we continue to indulge in reveries of the Peace of Westphalia while in Sudan the black population is massacred by Arab militias. In a globalised world, with global threats, the passive defense of human rights and of the UN charter is pointless. If the EU is unable to acquire an ‘active’ role in the area of global security, we will turn into helpless spectators. The European Left’s foreign policy demonstrates this: it’s an example of fossilized politics, full of worthy sentiments but completely out of touch. The UN is useless: it protects States which abuse human rights through a form of ‘passive legitimacy’, allowing a dictator to sit next to a democratically elected president.

Let’s not forget that it was a Socialist, Javier Solana, who, as Secretary-General of NATO, authorized the bombings aimed against Milosevic, without UN approval. It is common knowledge that France asked the United States to lead the said military operation without UN participation, with the same logic that is preventing it from intervening to stop the massacre in Sudan. Will the Left adopt Solana’s realism or will we remain stuck with the axis of the ‘old Left’ that spans France, Germany and Spain, and which has fallen victim to the dreaded ‘UN syndrome’?