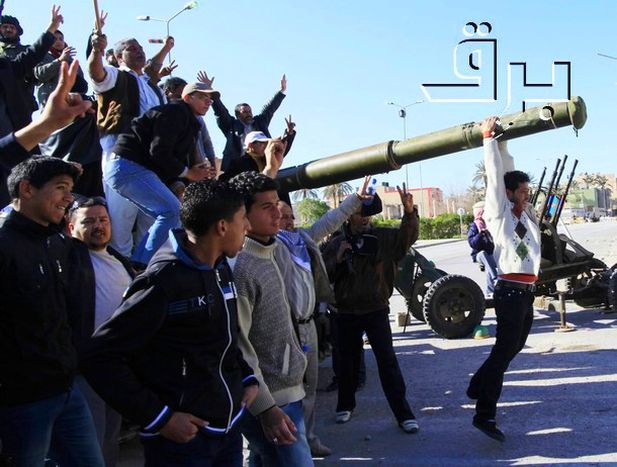 France and the UK can strike; the UN security council implements a no-fly zone over Libya as of 17 March. Europeans agree that intervention is the right decision although it took its time to make a decision. Others warn of the unpredictable consequences. Press review

Establishing a no-fly zone was the very least that could be expected of the international community, the Spanish left-liberal daily writes with relief: 'The resolution passed yesterday evening by the UN security council has put an end to the feeling that the Japan tragedy was overshadowing the killing in Libya, and that Colonel Gaddafi would be able to quash the opposition, right down to the last rebel, with shameful impunity. The approved text authorises the international community to neutralise any attempt by the Libyan dictator to continue bombing from the air and at the same time obliges it to take all necessary measures short of an occupation force to defend the civilian population. This is the least that could be expected of the major powers in stopping the carnage, especially after even the Arab League asked the UN to declare a no-fly zone’

‘Another Rwanda or Bosnia’ – Rzeczpospolita, Poland

The UN's decision in favour of a no-fly zone over Libya comes too late in the eyes of the Polish conservative daily, because dictator Muammar al-Gaddafi has long since regained control of the country: 'Tomorrow or in a week there could be a bloodbath in [the rebel stronghold] Benghazi. And the west will have to think about why we didn't prevent another Rwanda or Bosnia. There will be shocking films and books about the revolution that was quashed by the dictator. This, unfortunately, is the most likely scenario for Libya. The revolutionaries who liberated the entire east of the country and many places in the west from Muammar al-Gaddafi's rule will lose in the end’ (Jerzy Haszczyński)

The UN's belated go-ahead for a no-fly zone may have dire consequences, the German conservative daily writes, criticising Berlin in particular: 'Germany has disgraced itself by pulling the brakes on the Americans, the French and the British who were all more willing to take action. What will Merkel and Guido Westerwelle do if Gaddafi remains in power? 'Normalise' relations with what has been exposed to the world as a murderous regime? Mockingly and with freshly resuscitated 'anti-imperialist' rhetoric, Gaddafi and his son Saif are already threatening revenge - and embarrassingly for Berlin have 'generously' exempted Germany from these tirades in their complacency. Above all the German position marks a relapse to the mindset of 1992 when driven by panic it and others shied away from early intervention in the Balkans. Later on they paid dearly for this omission with two massive military interventions’ (Richard Herzinger)

‘Could be a long war’ - De Standaard, Belgium

The UN security council's decision in favour of a no-fly zone over Libya is good news but could have dangerous consequences, writes the Belgian daily: 'Since the war in Iraq we have known that a war is unpredictable from day one. This is not an invasion, but the example of Kosovo showed in 1999, it could be a long time before the air strikes force the dictator to his knees - and in comparison with Gaddafi the late [president of Serbia] Slobodan Milošević was a very rational man. This could be a long war. Intervention in a civil war raises many questions. What do we do if - in the best case - Gaddafi's military offensive is successfully halted? Continue to fly over Libya? Arm the rebels? And what's Plan B if this fails and the no-fly zone doesn't deter Gaddafi and his army? Do we send in ground troops?’ (Bart Beirlant)