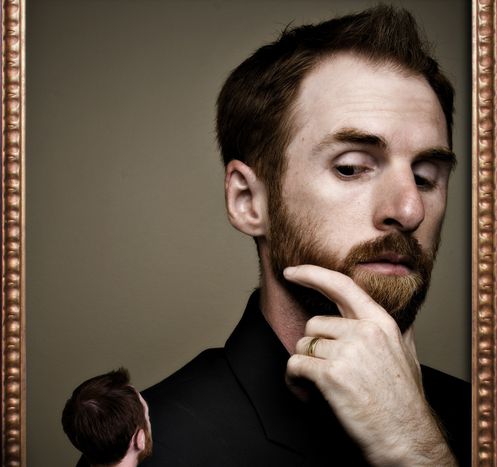 You may think that the sequences of memories which we project as déjà vus and reminiscences document our own, familiar past. However, the opposite is true. But is it wrong, if the journey into other peoples' pasts are much more captivating?

Jauntily, well-rested Bart Muligiewicz came from the stairhead, bearing a crusty chaos of bread in a bowl on which a knife and a teaspoon lay crossed. The city had not see an equally sunny day since the Fall of the Berlin Wall. This event, however, was not a direct experience of Bart, who at the time had not been living in Berlin for the last ten years. It was even more unlikely that when the Wall fell, Bart lived in Warsaw.

The young man stretched his muscles and let his hand holding a cup of coffee lead him to the balcony. The city radiated with a smile from behind stone facades of buildings, resembling an unfinished communist meal. Below his feet, Bart could feel the boil of the chanting human mass in number unseen at any of his concerts. In the middle of this bodily whirl, there stood black ruins of what yesterday was a triumphant gaudy symbol of tolerance.

Several people tried to embroider the ashes with fresh tulips, but it only emphasized the macabre of the scene. Bart's neighbour, a shiftless old wench who would spend her entire days on a balcony spitting on passers-by' heads, immediately caught his gaze. "I swear,” she thundered, baring her yellow teeth, "I haven't seen such crowds here since 2002, when you amused yourself with the baby stunt.” Her eyes glimmered with excitement. "That was one hell of a scandal,” she gasped, dreamily. Bart was weary of explaining repeatedly that he held his song very tight and that he fell was not at all possible. 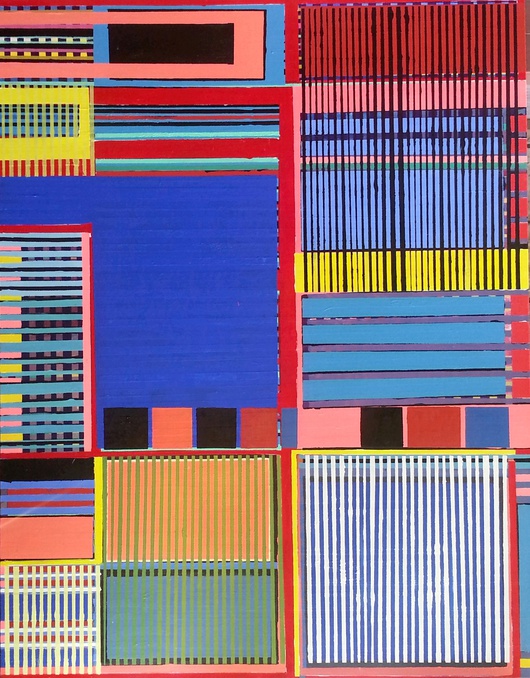 After presenting the neighbour with a vitriolic stare, Bart hastily left the balcony and commenced the ceremony of putting on his red shiny boots, dating from the era of Ziggy Stardust. Once he had them on his feet, he descended the stairs and went out into the street. He had the whole day for himself and he could devote it to anything he wanted, for Annushka already spilled the sunflower oil, so the meeting would not take place. Without a moment's thought, Bart immersed himself into the mass, vibrating with emotions, and he absorbed its voices, commenting on yesterday's act of vandalism, the proof of which lingered bitterly in the centre of the square. As it usually happens in the country in which this story takes place, the authentic indignation of one part of the horde entered into a chemical reaction with the backwater rumble of approval of the other part. Bart escaped the square and, after passing Rozbrat, directed his steps to the Vistula river.

On the corner of Solec and Ludna streets, passionately smoking his cigarette and constituting a wholly undesired element in Bart's way, there stood his mate from university – Stefan Dedalowski. Stefan was an obese ruffian, who became famous at university because of his package dyslexia-dysorthographia-dyscalculia. Bart was far from happy at the sight of his mate. He thought with resignation that he was going to assist a monologue larded with memories from the era of "Slidarność” and comparative analysis of cabinet standards on Aleje Ujazdowskie 1/3 (Polish Prime Minister's Office — Ed.) and 10 Downing Street. However, somehow fortunately, Stefan did not recognise Bart, which permitted the latter to smoothly continue his journey. On the river bank Wybrzeże Kościuszkowskie, the craters which in summer used to be bars in which they regularly played his greatest hits, emanated with acute emptiness.

After passing the Śląsko-Dąbrowski bridge, Bart popped into the corner store to buy cigarettes. A nymphe behind the counter, dressed in a t-shirt with a huge 'No future' emblazoned on the front, welcomed him with a jaded face. When she turned to get him cigarettes, he noticed that the letters on her back form an analogical message: 'No past'. Over her head there hung a blue mirage of a screen, on which a speaker recited: "The steam of unnecessary information which floods our conscience causes a fragmentation of our autobiographical memory. Its parts are replaced with clippings from the press and snatches of biographies of famous people.” Bart felt the power of this discourse overwhelm him.

The voice of the shop assistant brought him back to reality. "I have seen on TV how you incited people to make a revolution. Che Guevara for the poor. Anyway, why have you split up with Katy Perry? You were such a lovely couple.” Bart mumbled something about bloody capitalism and vanished into the sunlight. He was now heading to Muranów, destroyed by bombs last night, where some wounded protestors still lingered.

Bart thought that maybe he could go to Dworzec Grański, where his adventure in Warsaw began. At that time, it was an entirely different city. Not without nostalgia, he reminded himself the moment when he bought a disc of Śląsk Song and Dance Ensemble at Komuna Paryska square. These were the old good days! He hesitated for a moment, but finally resigned from the continuation of his flaneries. The hunger emanating from his stomach led him back home, altough the truth was that what he had there was only milk, red pepper and some cocaine. 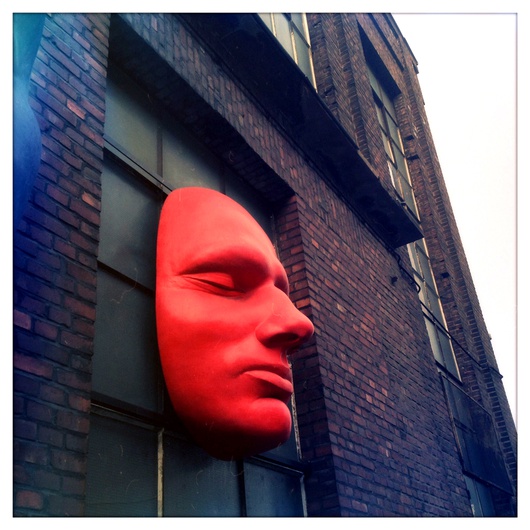 Back at Saviour Square, the crowd seemed even thicker. However, part of it moved to the nearby bistro Charlotte to nonchalantly drink Prosecco. Bart approached a policeman who was employed in the bistro to keep watch and guard the quality of the coffee served. He was a youngster, waiting for facial hair to make him more serious, who highly desired this job. Bard asked him why the crowd is not dispersing. "You ask me,” replied the policeman, "but I haven't seen such shambles in Warsaw since the concert of the Stones in '67.” Bart understood that the poor sucker had probably confused time periods and attempted to leave the senseless conversation, but the policeman grabbed his sleeve and whispered confidentially: "It's true what they say about the honorary. I saw with my own eyes when the Stones were given a carriage full of Polish vodka.”

In front of Bart's house, there was a rumble. Before he managed to find the key to his door, the air became dense with hoot. And immediately, only God knows how, Bart was pushed into a police car, excreting a stench of hot-dogs from a gas station, and cross-examined.

"Name, surname, date and place of birth,” demanded a policeman aggressively, his eyes like a pair of halogen lights.

"And whose you think?” asked the policeman, visibly irritated, but at the same time already proud of the anticipated joke he was going to make. "Vladimir Putin's?”

In front of the car, a group of squirts were writing on the wall with yellow spray paint: "This was not your life.” Bart fixed his gaze upon them and in an instant revelation, replied to the policeman.

"That is an excellent question,” he said, after a moment and adjusted his round rimmed glasses on his nose. The lenses still bore imprints of the tamed chaos of finger prints which Yoko had left on them this morning.