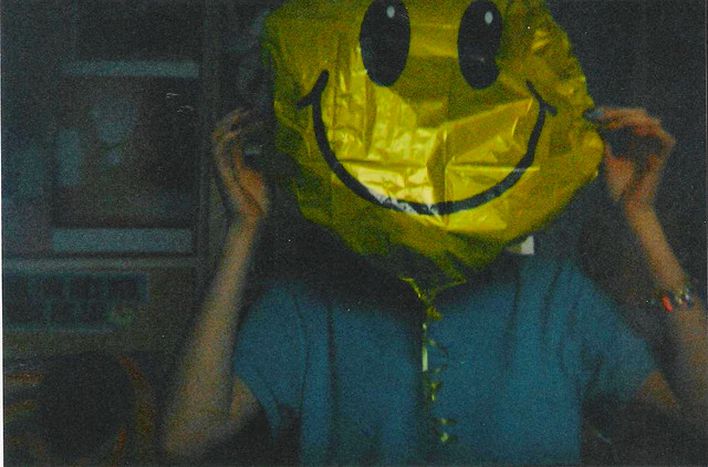 Ukraine and Europe on 9 May 2011: tying ribbons

On 9 May 'Europe Day' marks the 61st anniversary of the European Union, but in Ukraine we will celebrate Victory Day. This time it will be special, because our MPs bound local authorities to hang red flags (‘Victory Flags’) alongside national yellow-blue flags. It has already aroused indignation amongst not only intellectuals, but all men of good sense too

After the disintegration of the USSR the Kremlin administration in Moscow was eager to collect their ‘prodigal sons’ back. The first method was through the Russian language. Many people in post-USSR countries know and like Russian, but they became afraid to speak the language, because of the new slogan ‘Where Russian language is, there is Russia’.

In 2005 Russian authorities launched another promotional campaign. Everybody was called upon to honour the fallen in the great patriotic war (1941-1945) by tying a ribbon of St. George, a popular Russian saint who gained great popularity after the Empress Yekateryna (1729-1796) instituted the St. George order and the yellow-black ribbon for it. After decorating herself, it would be given next to distinguished soldiers. The order was cancelled by communist authorities between 1917 and 1992 in a generalissimo Stalinist decision to attach the St. George ribbon to some soviet orders: he suspected that the memory of the Russian empire’s greatness might raise the fighting spirit of soldiers. 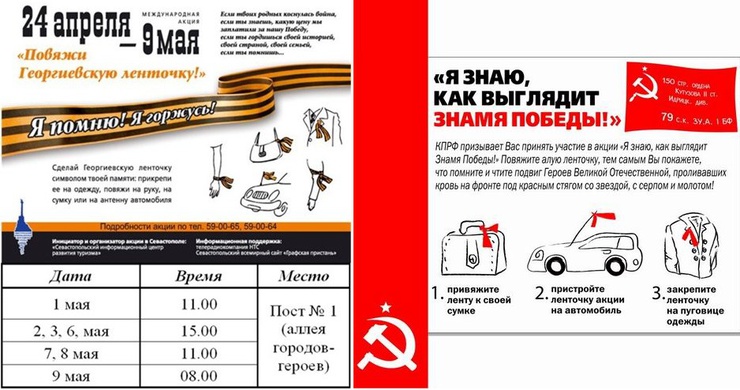 So whilst it has been popular for the last five years, this year it looks like all the ribbon has been used up. With the new promo Hang out the red flags!, the Ukrainian communist party leader Petro Symonenko has promised that those who won't hang out the flags will deal with the public prosecutor's office. There is a perverse relation between communist parties and Russian imperialism in former USSR countries. ‘We celebrate 8 May as the end of the war,’ explains a Slovakian friend, Samuel. ‘It's a public holiday but I don't think we pay much attention to it.’ I envy him, because he lives in the European Union - a place where nobody can make anybody hang out red flags or make threats with prosecutors or police. And we in Ukraine live only in Europe.