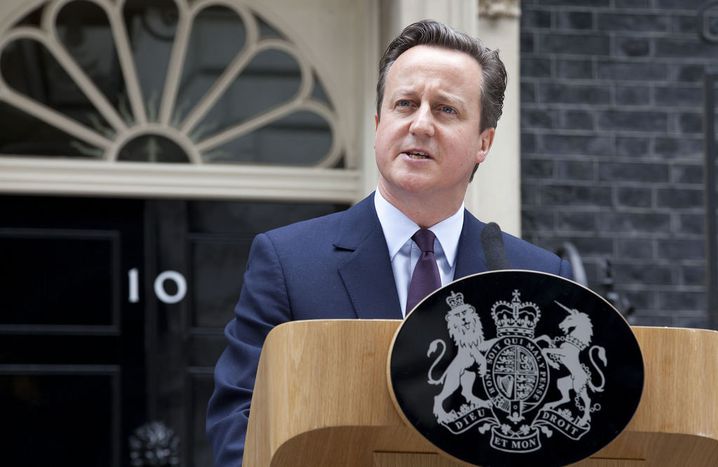 The Conservative Party has won a clear majority with 331 seats, earning almost 37% of the popular vote.

Labour lost, managing only 232 seats, with 30.4% of the vote. The SNP have replaced the Liberal Democrats as the third largest party, winning 56 of 59 seats in Scotland.

The Liberal Democrats, who were in coalition with the Conservatives for the last 5 years, suffered huge losses to both Labour and the Conservatives, their number of seats now reduced to just 8, a loss of 49 seats.

Their mistakes, most notably the rise in tuition fees, meant a slide of support and "the most crushing blow since the party was founded", according to the Party Leader and Deputy Prime Minister during the coalition, Nick Clegg. Another senior Lib Dem, Vince Cable, looked crestfallen as he spoke after losing his own seat. The likes of Simon Hughes, Lynne Featherstone, Danny Alexander and former Lib Dem leader Charles Kennedy all lost their seats.

Clegg only managed to hold on to his seat by just a few thousand votes, amid speculation during the night that he might lose it, but the effect of the disaster of his party’s results was quite apparent in his own bittersweet victory speech. Nick Clegg resigned as leader in the morning, but he wasn’t the only one to do so, and the Lib Dems’ defeat wasn’t even the shock of the night.

The first shock was the exit polls. Opinion polls had shown Labour and the Conservatives to be within a few percentage points of support of each other, whereas the exit polls predicted the Conservatives to win a much larger number of seats than initially thought, not far from gaining a majority, and Labour to lose 19 seats. The Lib Dems were predicted to lose 47 seats, to which their election strategist Paddy Ashdown swore to eat his hat live on television if proved to be correct. He later wished he hadn’t when presenter Andrew Neil offered him one later on live on the BBC’s coverage. 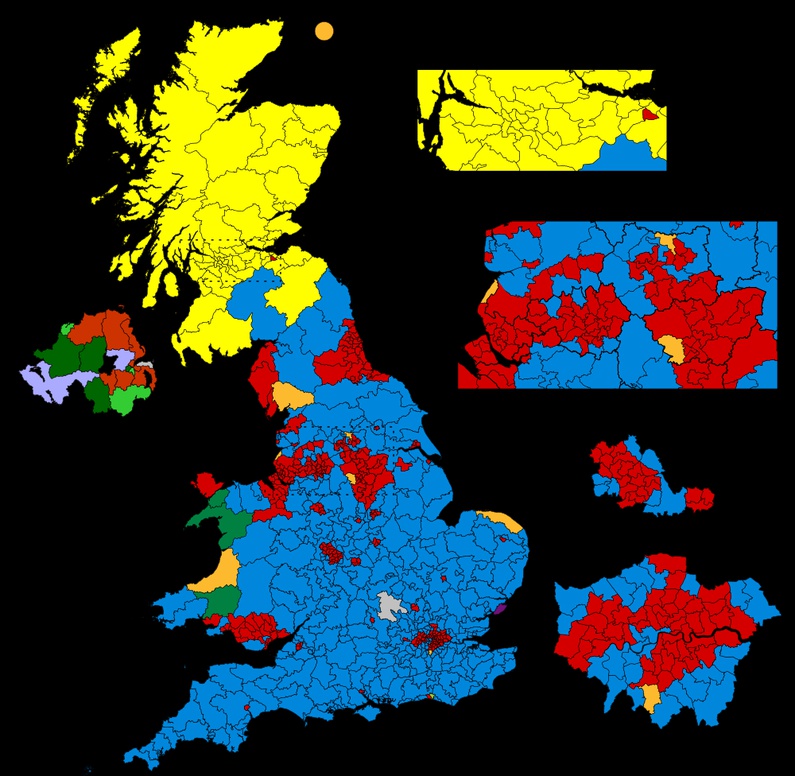 The SNP were the next shock of the night, not because their success wasn’t expected, but due to the way they won their seats. After SNP membership surged when 45% of Scots voted in September 2014 in favour of independence, the support they enjoyed helped destroy their opposition, consisting mostly of Labour, by margins of up to 35%, in Scotland. The total number of seats they gained, 56, was just 3 short of the total number available in Scotland. One of their candidates, Mhairi Black, a 20-year-old student, defeated the Labour campaign chief, Douglas Alexander, becoming the youngest MP for over 300 years.

As the night wore on, the exit polls proved themselves more and more accurate. Labour wasn’t doing as well as expected in some battleground constituencies as results started coming in. The disappointment was evident in Ed Miliband’s speech at Doncaster, where he retained the seat he won in 2005. Disbelief reigned within the party, within which many believed they had fought a good campaign, with decent chances of forming a government. Senior Labour shadow cabinet figures lost their seats, including Douglas Alexander, Labour’s campaign chief and Ed Balls, the shadow chancellor.

Commentators asked themselves what could possibly have happened, psychologically speaking, on polling day, when opinion polls showed Labour were so close to the Tories. Voters are thought to have made a snap decision on polling day to vote for the perceived security the Conservatives were offering, afraid perhaps, of the ‘threat’ of the SNP (in coalition with Labour), as well as the lack of Ed Miliband’s credibility, despite strong efforts during the campaign to improve his public image, according to IPSOS MORI pollsters.

As the night wore on, the Conservatives' extraordinary success beyond what the exit polls predicted stunned many, provoking jubilation in Tory ranks. David Cameron in particular, has come out on top in this election, securing against all odds, an outright majority for his party. Conservative resilience across a lot of England contributed to adding seats to the conservative’s 2010 share of the vote. There was speculation the Tories might have to govern as a minority government as the results came in. Cameron would have become the only Conservative leader to not have won an election, meaning this is a huge personal victory for him. He now faces different problems from his backbenchers, and from potential rivals Boris Johnson and Theresa May.

Following his party’s defeat at the polls, Ed Miliband later resigned his leadership, saying he was "truly sorry [he] didn’t succeed". In the end, a lack of support in large parts of England, which was lost to the Conservatives despite some success in London, as well as their losses in Scotland, means indeed there will be an election for a new leader to replace Ed Miliband. The direction such a new leader takes will have profound consequences for the party. 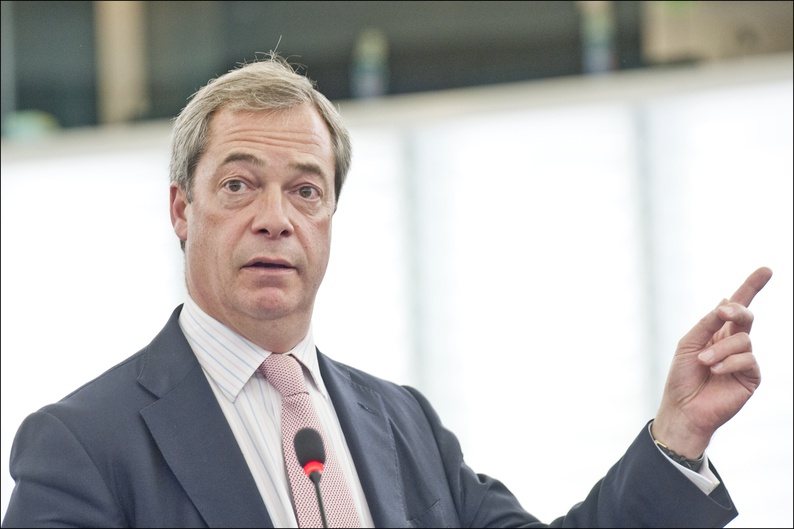 Elsewhere, Nigel Farage was also forced to resign as leader of UKIP  after losing the battle for Thanet South and promising he would if he didn’t win the seat. UKIP did very well in terms of votes, with 13% of the national vote, coming second in many constituencies, but dismally in terms of seats, winning only 1 seat. Electoral reform might well be on their agenda along with immigration and EU membership as they seek to turn support into seats in the next election. In this election, they garnered almost 4 million votes and gained only one seat, whereas the SNP achieved less than half that and gained 56 seats.

The SNP’s success mean there are many questions about what they will do with their newfound influence. How the Conservatives, with their majority, will handle this will be interesting to see, but David Cameron has said he will make Scotland’s government the "most powerful devolved government in the world."  Nicola Sturgeon, the SNP’s leader, repeatedly said she would do whatever possible to keep the Conservatives out of government. Although she has said she wants more progressive politics from Westminster, the surge in support for the SNP may see the party launch a fresh bid for independence.

David Davis suggested in the early hours of the morning that structural change may be important for a ‘Devomax’ agreement between the Tories and the SNP, while the Mayor of London Boris Johnson, who has secured his own seat in Parliament, talked of moving towards "some sort of federal structure." Fiscal autonomy would likely result in a large deficit for Scotland, and, with oil prices lower than before, may not be tenable now for Scotland.

The big losers of the night were Labour, followed undoubtedly by the Liberal Democrats. The SNP were perhaps the biggest winners, having won most of the seats in Scotland on half the votes cast. The Conservatives were however, the shock success of the night, having won the election, with their majority since 1992. It's a shock that can only be reflected by Taiwanese animated news: