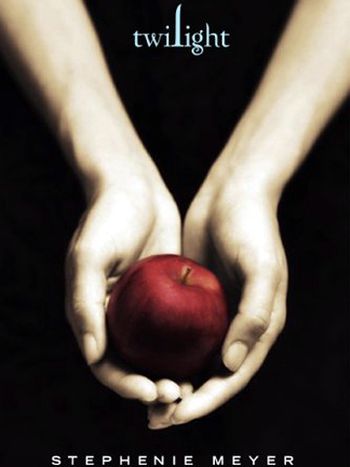 Twilight in Tallinn: a Good Reason for NOT Going to the Cinema

I know that what I am going to write is not kind nor polite so, before anything else, I just want to give an advice out: if you liked this movie is probably better for you not to read this post. Because I am sure you will not like it at all.
Sometimes it happens. To everyone.

It happens to be comfortably sitting on some velvet chairs of a fancy multiplex and start thinking:“What the heck am I doing here?!“.

It happens to watch one of those –soon 9.99 Blockbusters- hyperadvertised movies and end up wondering how can people really spend money for such crap and why do people complain for the low level of tv broadcasters when they –we?- massively populated absurdly useless screenings in cinemas.

What does not happen so often, luckily, is to feel a real physical pain while watching a movie.

But let us not go too fast.

The story was quite commercial since the beginning, I know, but this did not mean that it was forcely impossible to make a good 2-hours-and-something movie out of that.

Obviously you all know that it was not the case for Twilight.

A seventeen years old teenager just moved  to live with her father in Fork –a forgotten place in the middle of USA – because her mother had to follow her new love, a baseball player. Her arrival in town means some of those usual things we are all used to watch in American movies since we were born,  embarassing moment with her dad and strange behaviour of new schoolmates included.

But, as the movie is not about the personal crisis of an underage living in a new place, the story rapidly steers.

And I say rapidly because, from the first ten minutes onwards, the director litteraly take the hands of the spectators and leads them into one of the most artificial, obvious and extraordinarely cheap plots I have ever happened to follow.

The girl – AnnaBella – catches the attention of the most strange guy in school who is mysterious, cute and different from the others enough to let everyone understand since the first shot that yes, he will be the co-protagonist.

Coup de theatre, we almost immediately discover that he is a vampire, but a good one. That he has superpowers but do not use any for spying Laetitia Casta under the shower. That he loves human blood but he calls himself vegetarian because he drinks only animals one.

Enough to push you already out of the room?

It can get worse, hold on a second more.

The atomic duo fight against their feelings – for some 3-4 minutes, not more – and start getting into deep and intellectual discussions as: „How old are you? Seventeen. For how long have you been Seventeen? For a while.“(...)

Suddenly some bad vampires jump on the scene and, for some unexplained ancien rule, they start hunting the human-wanna-be-vampire for killing her and tasting her blood.

End of the story, the evil ones are defeated – but not completely so...get ready to Twilight 2!- and the two romantic freaks swear each other eternal love.

Now, seriously, what was the need to produce such a movie?

Everytime the carachters started to speak I had the unstoppable desire of going to the police and sue the director – lucky him I did not even remember his name –: poor dialogues, meaningless soundtrack and a cast made probably by amateurs completed the masterpiece.

I know that advertising is the most powerful push anyone can have to do something nowadays and I see how the whole thing worked out perfectly for this waste of time named Twilight but, seriously, during the time I have been sitting – and disturbing people sitting next to me  -I had the feeling of being fooled or definitely taken as a huge dumd ass from the director.

I am sorry to say such things as I am sorry to spit on someone else`s work but, as some wiseman said in a movie I watched when I was a little kid „Some people was born for studying and some for working in fields“. Same applies to directors.