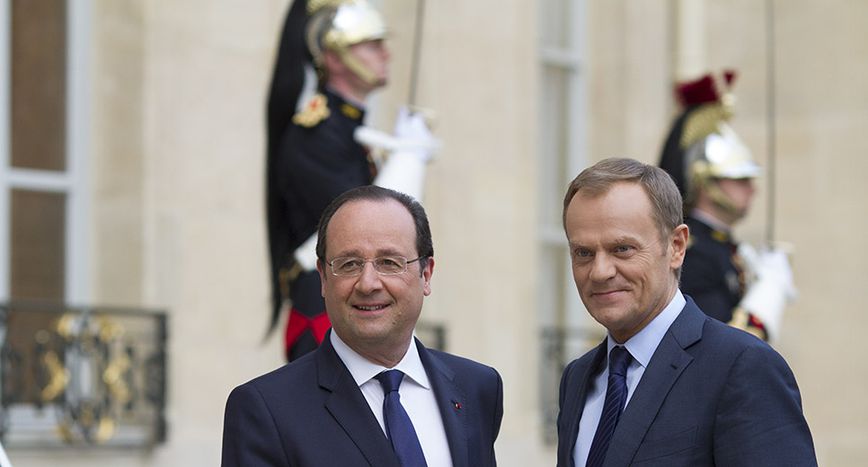 Tusk in Brussels: I say, why would you learn languages?

Imagine your surname is Tusk and you’ve just been appointed the new President of the Council of Europe. More importantly, you’ve realised that this probably is THE moment to finally give learning languages a go. But why spend a fortune on expensive and not-sure-it’ll-work language courses? Cafébabel will teach you and Donald how to sound like a posh polyglot in a jiffy.

On September 28th, Gideon Rachman, a journalist for the Financial Times, announced to the world that he has solved the Donald Tusk conundrum. We hereby commend him for this achievement and wish him many more happy and productive days as a detective.

However, the conundrum isn’t the key information in Rachman’s article. The journalist points out twice that Donald Tusk can’t speak any of the EU’s official languages, namely English and French, which in consequence will turn him dumb (not dumb) in any of his future speech intercourses in Brussels. We, the people of Erasmus, are well familiar with such accusations and rigid linguistic requirements. Therefore, we are willing to help Donald out and hand him over our secret which saved our souls. In order to create a polyglot alter ego, one need not look any further than a set of strategic expressions in the foreign languages in question. Here are the tricks that will make everyone believe Donald Tusk has as high command of English and French as his daughter of the Internet (especially ASOS company’s website).

As we all know, French is the language of the noble and wise. A belief that proficiency in French grammar is unachievable (sic!) is equally popular. So, why bother if it only takes a few expressions to make you sound like a native of Versailles?

“Voulez vous couchez avec moi se soir?” – as the noun soir suggests (Evening - Ed.), the expression is to be used in the evening on various occasions, for instance: to say good evening, it’s a lovely evening and to offer throwing somebody’s stag or hen party.

“Dior, j’adore”  - is a must-say whenever we complement something or discuss fashion-related issues, which are brought up by the French in 90% of their conversations. The expression can also be used when ordering a gluten-free dish in a restaurant.

“Non, rien de rien, non, je ne regrette rien” – a famous saying coined by Edith Piaf, currently used as a substitute for YOLO, comes in handy when discussing politics, especially when one happens to be the former Polish PM.

“Oh la la” – to be used in all situations in order to express anything. Give it a go to order a taxi or brood over Gerard Depardieu’s nationality.

Instead of Christmas carols, will Donald Tusk sing "La Marseillaise"  and "God Save the Queen" soon? (od 03:20).

Even primary school students will tell you that if you want others to take you for a fluent English user, you always put a comma before 'and'. Those who wish to start on a fast track to proficiency in Shakespeare’s beloved language should consider Eugène Ionesco’s The Bold Soprano as a course book. The dialogues from the play will do in any kind of conversation and will most certainly save you from committing ever so undesirable faux pas. If you still desire more, we have prepared a set of popular English expressions. Use carefully: when applied in practice, English Breakfast guaranteed!

“To be, or not to be” – thanks to its intricacy, it can be used at all times – both to state that a given thing exists and when you wish to express that it’s otherwise.

“Sticks and stones” – used to thank somebody for a compliment. Its history goes back to the Mesolithic period, when our ancestors would offer sticks and stones as a thank you to bison hunters. Cheddar Man is known to be the first person to utter these exact words.

“Bitch, please” – the word 'please' indicates that the phrase should be used in all contexts. Typical occurrences of the word include: marriage proposals, keep in touch requests in emails and applications for postponing the VAT payment deadline (a tax). Donald Tusk might want to bear this one in mind when asking for clarification next time Nigel Farage drops in for a chat.