Turkish Islam – from conflict to compromise

Even though we may not consider life in the ‘country of Allah’ to be a bed of roses, Turkish women do actually enjoy the same rights as their European sisters 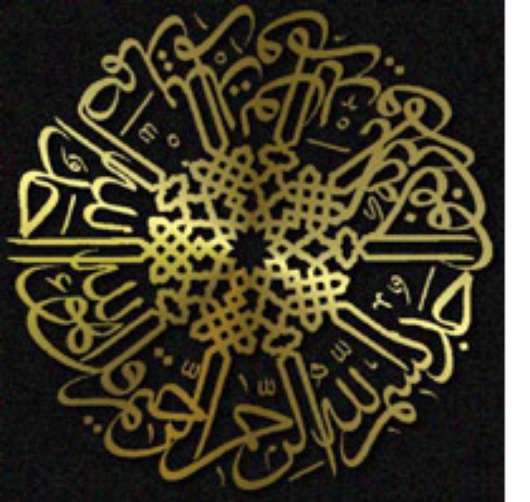 In some interpretations of Islamic religious texts, women are seen only in terms of their role at the heart of the family where they are the pivot of a patriarchal and clan-based society. Certain extracts of the Koran can lead us to believe that women aren’t allowed to exist as individuals in their own right because even if “their rights are the same as their duties, as far as the law is concerned, men have a higher standing.” (The Heifer, verse 228, the Koran)

However, back in the seventh century when it all began, Islam represented an advance for the female situation. At that time, the Koran contained progressive ideas, such as the condemning of female infanticide. But religious law, based on the Koran and written up in the 11th century, integrated traditions that were specific to the tribes of the Arabian Peninsula took a more hard-line attitude. This law gradually became more and more embedded in society, authorising several derivations from the original text. And so, the ‘asymmetric’ fate accorded to women by religion became one of Islam’s less glorious achievements. According to historian Sana Benachour, female Muslims are “unequal citizens in some respects, but with different lives and varying restrictions and degrees of freedom according to the country in which they live.” For example, Sudan and Kuwait have just introduced legislation restricting the length of time a woman is allowed to be pregnant, whereas in Turkey the principle of equal rights for men and women has been part of the Constitution since 1926.

In the 19th century, the Ottoman Empire showed a surprising capacity for institutional reform and societal change, bringing together Koranic ideology and European concepts. In 1924, Mustafa Kemal Ataturk, founder of the Turkish Republic and its first President, stunned the West. He abolished the Caliph, secularised schools, forbade Islamic brotherhoods, and, most surprisingly of all, replaced Sharia law with a civil code borrowed from Swiss law. Turkey therefore became a secular republic, preserving religious pluralism in a social fabric that forms the crossroads of all the different strains of Islam. As Gaye Petek points out, “Turkish secularism is different to the kind of secularism seen in France as it is authoritarian and imposed by those in power. Religion is reduced to an absolute minimum and controlled by authorities.” In order to create a modern Turkey, Ataturk therefore focused on a State that was strong, Jacobean, and nationalist, whilst confirming the role of the army. Today, religion is practised but does not interfere with political life.

Does secularism therefore represent the key to the moderate form of Islam seen in Turkey? “It’s not only that”, according to Gaye Petek, who also accords an “important role to the 25 % of ‘Alevi’ Turks, who practise a religion that is confessional and based on adoration, but which does not seek to conquer. It is a fusion form of Islam, that considers a person’s relationship with God to be relevant to the private sphere, and which believes that women are equal to men, allowing them to take part in commemorative rituals and not forcing them to wear the veil.” The tolerant approach of these ‘Islamic protestants’, allows them to maintain the Kemalian and progressive spirit within the Turkish population. Furthermore, she continues, Islam in Turkey remains more pacific than that practised by immigrants in Europe, who sometimes become more extreme due to their exclusion from society.

The emancipation of women in a religious respect was strongly encouraged by Ataturk as he believed it was inseparable from his project of modernisation and westernisation. Unveiling women was therefore seen as a synonym for national progress. Since then, despite legislation that is among the most liberal in the Muslim world, it has become difficult to explain the continuation of arranged marriages, forced virginity tests, honour crimes that are tolerated by the authorities, and domestic violence that is administered by entire communities. Gaye Petek insists that “the force of the law is not enough.” Perhaps the root of the problem is that Ataturk imposed his vision of society without sufficiently explaining it, and changing attitudes that have been in existence for thousands of years takes time. She believes that in order to change, people need to be convinced of the benefits of modernisation and that “women need to achieve autonomy themselves”. So, at the same time as the government of Recep Tayyip Erdogan is “imposing civilisation” and conforming to the Copenhagen criteria (in the hope of joining the EU), the question of re-introducing the veil in universities is sending shudders through political observers. In order to please Brussels, Prime Minister Erdogan has continued to prove his desire for political change by reforming institutions, sometimes even to the detriment of the principle of secularity, which has recently received a battering from renewed religious fervour. It is a dangerous paradox. With the resurgence of veiled women on the streets of Istanbul, middle-eastern ‘suffragettes’ still have much to do on the banks of the Bosphorus.