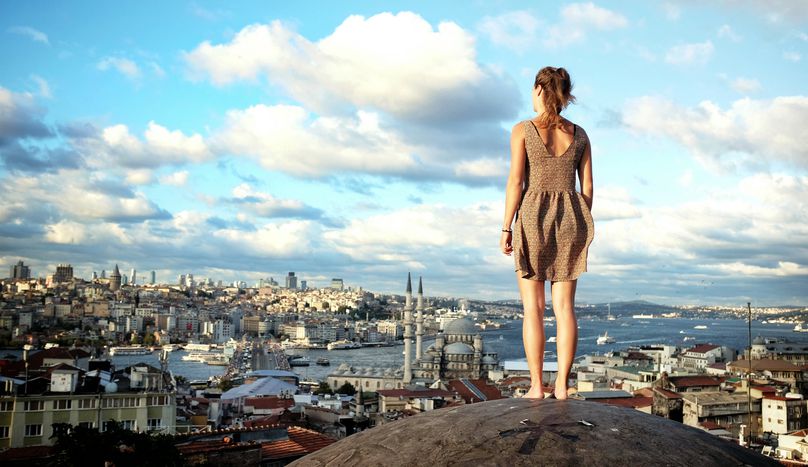 The Islamic conservative AKP regained an absolute majority in parliament in the Turkish elections on Sunday. Some commentators voice hopes that President Recep Tayyip Erdoğan will now focus on establishing peace and order now that he has achieved his goal. Others fear Turkey will move even further away from democracy.

A high price for Erdoğan's victory - The Guardian, United Kingdom

The AKP's surprisingly clear victory in the Turkish election was achieved at the cost of the country's stability, warns the centre-left daily The Guardian: "President Erdoğan has got his majority back, but Turkey has been damaged in the process. Its independent institutions have been undermined, its constitutional rules have been disregarded, the relations between ethnic Turks and Kurds have deteriorated, and it is back in a war it thought was over. It is typical of him that he has not for one moment since he assumed office as president acted as the ceremonial figure, standing above politics, the constitution lays down he should be. He will continue to seek the changes he wants, and if he does not get them, he will act as if they have already happened. Sadly, this election is unlikely to mark a passage into calm waters for Turkey." (01.11.2015)

Now that Erdoğan's strategy has paid off the president should steer the country back into calm waters, columnist Orhan Bursali writes in the Kemalist daily Cumhuriyet: "The polls were all off the mark, but they were right on one score: security was the voters' top priority! All the other problems faded into the background in comparison. ... Sociologists and political scientists have observed time and again that in times of war and chaos voters back the party in power. ... Will the AKP continue its policy of repression after the election and become even more authoritarian than it was before? I hope the opposite will be the case, and that Erdoğan will tone down his belligerence. Because his biggest fear was losing power. That danger has now been averted. And the economy won't give the AKP the chance to introduce even more tyrannical policies." (02.11.2015)

The chances of Turkey modernising have dwindled even further now that the AKP has obtained an absolute majority, the conservative daily Frankfurter Allgemeine Zeitung fears: "If things are to improve at all in Turkey, the country's leading party must reform soon. But if the AKP can't or doesn't want to emancipate itself from Erdoğan it will be lost to the cause of democratising the country. No one in the AKP is strong enough to stand up to Erdoğan on their own, but a group led by former president Abdullah Gül and Erdoğans's erstwhile deputy Bülent Arınç may take up the fight. If it doesn't dare to, the AKP will grow more than ever into a mere power-preserving apparatus. It has already gone frighteningly far down this path, with the whole country in tow. It is to be feared that the AKP will continue on this doomed path now that the election is over." (02.11.2015)

Europe is secretly relieved about the victory of Erdoğan's AKP, the centre-right daily Corriere della Sera observes: "In Turkey Erdoğan gave free rein to his strategy of fear. … At the same time he took sides against the terrorist IS group and has become an arbitrator in the Syria negotiations. A leading force that is gaining ground on the international stage while it seems to have few scruples about intimidating voters in Turkey had big chances of winning. … A Europe that was thinking about its values should have wanted a partial defeat for Erdoğan and a coalition government. The Europe that is preoccupied with its own worries and which Angela Merkel represented during her visit to Turkey two weeks ago has secretly kept allegiance with Erdoğan. … Now the voters have spoken and Erdoğan has won. No reason to celebrate. Because it's entirely our own fault that we so badly needed an autocrat." (02.11.2015)