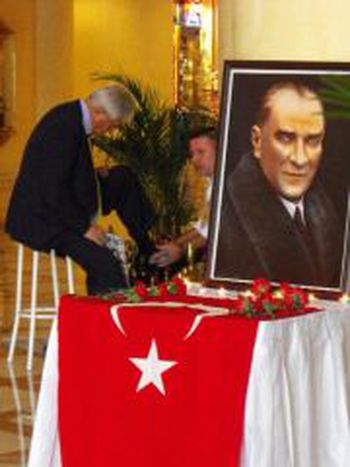 Turkey, watch out for the next George W. Bush

IstanbulBalkan eye in the sky

At the moment I am on a press trip in Turkey which is supposed to show journalists the progress made in applying EU accession criteria. Believing in the goodwill and sincerity of this attempt, I had yet to discover that the Turkish court banned recently British scientist for its atheist and blasphemous content.

As highly as I valued this summers judgement to not ban the Islamic AKP party (that won over 46% of the parliamentary seats in the last elections), I am shocked by this decision. Freedom of speech and a free press are the pillars of democracy. If religion is turned into politic dogma, a free society cannot evolve. Such acts hollow out the meaning of democracy. I am not only talking about Muslim countries - the same judgement applies to the Superchurch America of George W.

In that context you have to read a comment in yesterdays edition of the daily Tarf that upset Turkish Prime minister (and leader of the AKP) Recep Tayyip Erdoğan. The editor said that Erdoğan started out as Obama but has now become Bush. Turkey might economically perform way better than Romania and Bulgaria, but if it hops on the fundamentalist train, it can’t accuse the EU of cynical double standards.