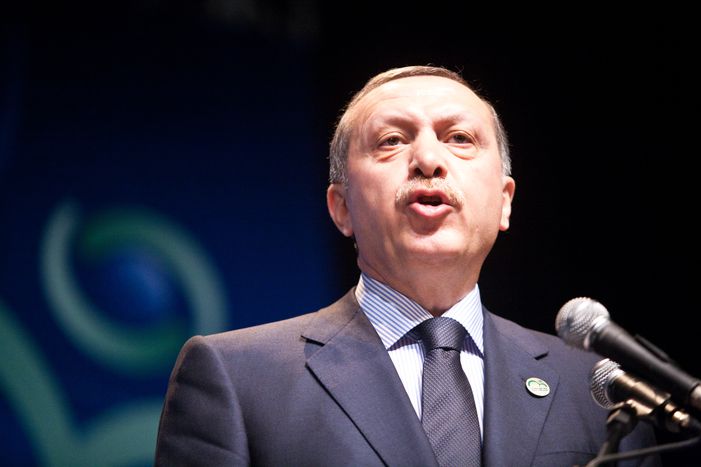 Following the failed coup in Turkey the government has had 6,000 people arrested and removed more than 2,700 judges and public prosecutors from their posts. The fact that a majority of the population resisted the coup was by no means a victory for democracy, some commentators believe. Others are relieved that a military dictatorship has been prevented and place their hopes in the opposition.

In resisting the tanks the Turks were by no means defending democratic principles, the German radio station Deutschlandfunk warns: "What at first sight look like courageous resistance by democrats turned out to be a crowd of thugs who were prepared to kill, or if necessary even to die, for their leader Erdoğan. They killed soldiers and urinated on their corpses in front of the cameras, and in a manner highly reminiscent of the barbaric IS they even decapitated one soldier. ... Erdoğan’s followers stormed onto the streets chanting Allahu Akbar at the top of their voices, and gave the Islamicist and fascist salute. In Istanbul they ran through neighbourhoods inhabited by Alevis and neighbourhoods where young people drink alcohol in cafés and bars. Whoever organised this attempted coup and whatever their reason for doing so, it has produced a clear outcome: it has helped Erdoğan to consolidate his power and to boost the self-confidence of his Islamicist supporters." (17/07/2016)

Although no fan of the Erdoğan government, columnist Yusuf Kanlı writing in the liberal Hürriyet Daily News is relieved that the attempted coup in Turkey has failed: "The worst civilian government is far better than a coup administration. ... The government in office is an elected one and must be replaced at the ballot box. Turkey should achieve that this time. ... As odd and paradoxical as it might be, the Erdoğan governance was indeed saved by the Turkish media he has been so vigorously harassing over the past 14 years. If not for CNN Türk, NTV and other channels who defied the coup orders, continued broadcasts and not only informed people of the developments but provided a platform for Erdoğan and his cabinet to reach out to the masses and ask them to take to the streets, the coup would most likely have succeeded and instead of the junta and their men some other people would be in prison today." (18/07/2016)

Even after the failed coup the opposition to President Erdoğan still hasn't disappeared entirely, journalist and poet Jean-Noël Cuénod comments optimistically on his blog with Mediapart: "Erdoğan has been strengthened in elections and on the streets. He won't hesitate to accelerate the process of turning Turkey into a sultanate and dismantle all that remains of secularity in the country's institutions. … Urban Turkey has a middle class that still believes in the importance of religious freedom. Although the media are being forced to tow the government's line the Turks still have the social networks and their foreign connections to help them stay informed and exchange views. The reaction of a certain section of the army to Erdoğan's 'democracy-dictatorship-regime' is proof that even if the opposition has been severely weakened by the failed coup it hasn't yet been completely eradicated." (16/07/16)

The putschists in Turkey followed the wrong example, the Cyprus Mail points out: "The coup leaders made the same mistake as the Egyptian liberals made when they asked the army to overthrow the elected president there in 2013. Egypt had a president whom they feared and hated, but they also had a democracy which provided a peaceful means of ousting him. Erdoğan’s popularity would have dwindled with time. The Turkish economy is stagnant, his Syrian policy is a disaster, and the flagrant corruption of the people around him is getting hard to ignore. Sooner or later he would have lost an election. But like the Egyptian liberals, the officers who led the Turkish coup didn’t trust democracy enough to wait." (17/07/16)

Erdoğan must focus on strengthening democracy and unifying his country now, El País stresses: "Now that the major tensions have dissipated and we have had to witness some deplorable images of rebel soldiers being lynched, it is vital that the justice system takes sole and independent control of the investigation against those who carried out the coup and their supporters. Therefore the dismissal of thousands of judges and prosecutors and the arrests of ten Supreme Court judges the day after the attempted coup worries us. This could further weaken the separation of powers which had already been undermined before the coup as a result of Erdoğan's permanent drift towards authoritarianism. The failed coup should serve to strengthen democracy, consolidate the rule of law and unite the country against the serious challenges it faces rather than to polarize its society even more." (18/07/16)