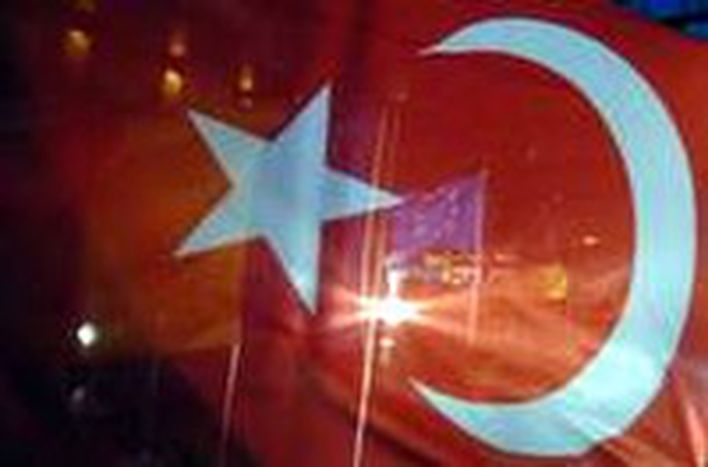 Despite an apparent lack of public support, clashes over Cyprus and political scepticism, negotiations over Turkey’s entry seem likely to start next week.

It has been an eventful year since the European Commission decided that accession negotiations with Turkey should begin. The dispute over Turkey’s declaration that it would not yet recognise Cyprus, the rise of the Christian Democrat Angela Merkel in Germany and the Dutch and French No to the European constitution are but a few of the events that have threatened to put an end to negotiations before they have even begun. With October 3 fast approaching, now is a good time to take a fresh look at some of these issues.

Cyprus, an EU member since May 2004, has been a persistent sticking point for Turkey. The Turkish government refuses to recognise Greek-Cypriot authority over the northern part of the island, which is inhabited by Turkish Cypriots. It seemed like progress was being made when Turkey recently signed the so-called Ankara protocol, an extension of the customs union with the EU to include the ten new member states - and therefore Cyprus.

In a separate declaration, however, the Turkish government underlined that this did not mean recognition of Cyprus, upon which Cyprus and France in particular stated that without such recognition, accession negotiations should not begin. However, after fierce debate among the EU 25, a ‘counter declaration’ was drafted on September 19 [subject to approval by the Council of Ministers], stating that as long as Turkey formally recognises the Republic of Cyprus before actually entering the EU, negotiations can go ahead as planned. The debate will now focus on how early in the accession process Turkey would have to recognise Cyprus.

Privileged partnership off the table

But while the EU seems to be convinced that Turkey’s path to joining the EU is more or less clear, not all its politicians are. Angela Merkel, the right-wing candidate who stood for election as German chancellor on September 18, is staunchly opposed to Turkey’s entry into the EU and fought the election on the pledge that she would never allow Turkey to join. She is supported in this by French Presidential hopeful Nicolas Sarkozy, but this does not necessarily mean that they wish to break off, or even postpone, negotiations. They simply want the goal of such negotiations to change from full membership for Turkey to a ´privileged partnership´, which would not entail all the rights a full member state would have. This, however, would be unacceptable for Turkey. In such a case, not the EU but Turkey might be the one to withdraw from the negotiation table. Fortunately for Turkey, proposals on a privileged partnership did not make it into the final text of the EU counter declaration.

And there is other good news for Turkey. Following hurricane Katrina, which hit the US in early September, and the subsequent rise in oil prices, the EU now faces a major energy crisis. One of the reasons the EU has wanted Turkey to become part of the club has always been that the country is extremely well placed for transit of energy sources to Europe. Just this May, the Baku-Ceyhan oil pipeline was opened, which will bring millions of gallons of oil from Azerbaijan to the Turkish port of Ceyhan. In this field at least, the EU now needs Turkey more then ever, a fact that may well help overcome all the objections that have been raised to start talks with Turkey on October 3.

Europeans not yet convinced

Whether or not the negotiations start on time, the EU will still have the problem of gaining public support for Turkey's entry. Technically speaking, the Dutch and French No to the European constitution does not pose a problem for Turkey’s future entry into the EU family, as it was not mentioned in the proposed text. But much has been made of the possibility that the No’s were at least to some extent due to the aversion felt by many voters to possible Turkish accession.

Polls at the time did not seem to reflect this, with some indicating that only 6% of French and 3% of Dutch no-voters pointed to Turkey as one of the reasons they voted against. Still, it can not be denied that the subject is not hugely popular with the European electorates. A more recent poll carried out by the German Marshall Fund shows that only 22% of EU citizens currently support Turkey´s bid for membership as opposed to 39% who don't like the idea very much. Meanwhile in Turkey itself, support for membership has dropped from 73% just a year ago to 63% now.

The European Commission, aware of the lack of public support, has announced that it will encourage a ´civil dialogue´ between European citizens and Turkey. What this means in practice is that the EU will dedicate substantial amounts of money to convincing public opinion that having Turkey in the EU is not such a bad idea after all. Critics argue that spending tax-payers money on trying to win the public's support is likely to achieve exactly the opposite. But it does show that as far as the Commission is concerned, lack of popular support alone is not enough reason to postpone the start of negotiations.

Much can still happen to derail negotiations, not only before but also after October 3. Only one thing is sure; when they start, they will take a long time and will be fraught with difficulties. Turkey watchers should not put their binoculars away just yet.