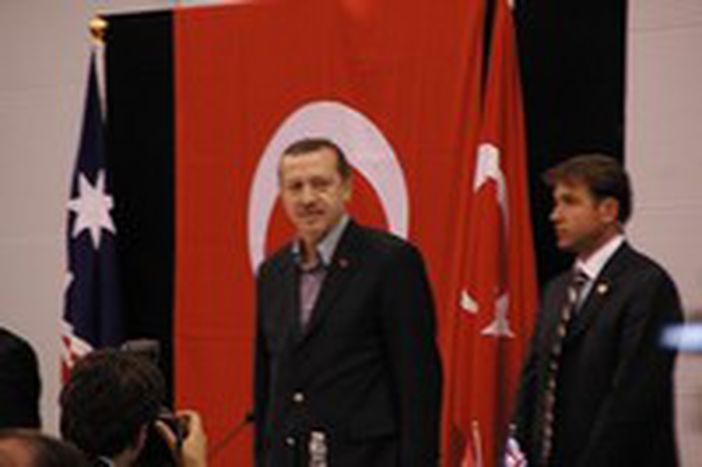 Turkey - a democracy under supervision

Institutional crisis, religious folds, the question of Kurds… the prospect of accession to Ankara continues to evoke many questions. Hamit Bozarslan, co-director of the Institute of Islamic and Muslim World Studies at the School for Advanced Studies in the Social Sciences (EHESS), shares his point of view with us.

What are the main characteristics of the EU-Turkey relationship?

The ‘speculative’ side of the relationship has been growing in size since 2004, and, personally, I regret that the subjects treated by politicians and the media suffer from a lack of depth. We often forget to say that in Turkey things do not go well. There is a movement developing itself here of retreating into one’s shell, a sort of 'national-socialism’, according to which the Turks would constitute an ethnic group oppressed by other classes or by other ethnics groups and for this reason they launch themselves into a liberation war aiming to exile the Kurds, the Armenians or the Christians… This internal dynamic is absolutely disastrous, and is not bringing us together with the European Union.

So the institutional crisis that spread across Turkey following the recent elections is only the indicator of an older tendency?

Absolutely, since the ‘mentors’ of Turkey– notably Gerhard Schröder and Bill Clinton– have disappeared from the political scene, we are contributing to a deterioration of the situation.

What role can the European Union play?

The problem is that since 1999, the year of Turkey’s acceptance by Brussels, Turkey has been seen to employ a day-to-day form of politics. It was not a question of setting out a road map or clearly established criteria - those agreed upon in Copenhagen are not sufficient. It was widely believed that the Greek, Portuguese and Spanish models of a post-dictatorship integration were going to apply here. However, Turkey has never recognised those examples as models and it is exactly that refusal which is the problem.

Is a breakdown in negotiations with Turkey conceivable?

This option is still very much alive in Turkey where there remain those at the heart of the Turkish establishment and the army who are pleading for the withdrawal of Ankara’s candidacy. This is the case of High General Tuncer Likinc, formally head of the Turkish National Security Council, one of the most powerful organs in Turkey. Kilinc, for example, is in favour of a union with Russia! This Europhobia is more a reflection of the fractures within Turkey herself, it is not simply about nationalism…

But is an alliance between Turkey and Russia really plausible?

The Turkish economy is so integrated into that of the European Union that such an alliance with Moscow is not rationally conceivable. However, there have been so many turnarounds throughout history that we can never exclude the possibility of that kind of surprise!

What do you think of the project of Nicolas Sarkozy to create a ‘European Space’ that includes Turkey?

It is very hard to construct an image of Turkey in twenty or thirty years' time. To think of the EU in terms of territory is absolutely absurd; and that is the question here. It is a common dream, a political project… Furthermore, it is essential that the European Union be much more present as a partner at the heart of the Mediterranean space, that it become a third party between the Middle East and the United States.

We have seen the resurgence of questions regarding human rights in Turkey, the Armenian genocide or the Kurdish minorities, not to mention the assassination of the Armenian journalist Hrant Dink…

Turkey is a democracy under supervision, at the heart of which the military gives the ultimatums – even by Internet! It is about a historic Turkish characteristic: the soldier is considered as a guardian of the national integrity, a supra-social actor. In Turkey, there are professors who have been brought before the courts for having ‘insulted’ the memory of Atatürk; Mustafa Kemal is unconditionally revered. A questioning of the underlying assumption that that ruler's transformation of Turkey inevitably required the elimination of the Armenian 'enemies', for example, might be a healthy challenge.

So again, does the European Union not have a card to play, a real presence to use in order to influence Turkey in a good way?

It is up to Europe to intervene in order to encourage those marginal democratic movements. However, it is also necessary that this dynamic come from the inside. The promise of a full and whole integration, of a day that'll see the resolution of the problems evoked at the start, would be necessary - although I fear it may be too late. As to the question of a privileged partnership between the EU and Turkey, I would say that is already in place. Besides, it is Europe's job to make known its own views on Turkey. I personally believe that Europeans fear the disrespect of human rights more than anything else.