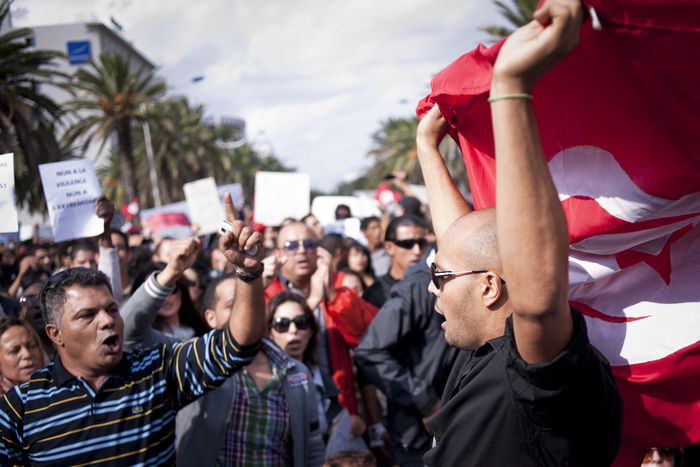 It’s almost become a saying: there’s a big difference between an instinct and a project. The instinct came once upon a Spring when an entire country reacted against an erratic and outmoded system. The project comes on 23 October, nine months after Ben Ali was dethroned, when Tunisia's ten million people will undergo the first of their democratic tests in electing a constitutional assembly. Italo-Argentine photographer Ezequiel Scagnetti maps the ever palpable tension (All images © ezequiel-scagnetti.photoshelter.com/index)