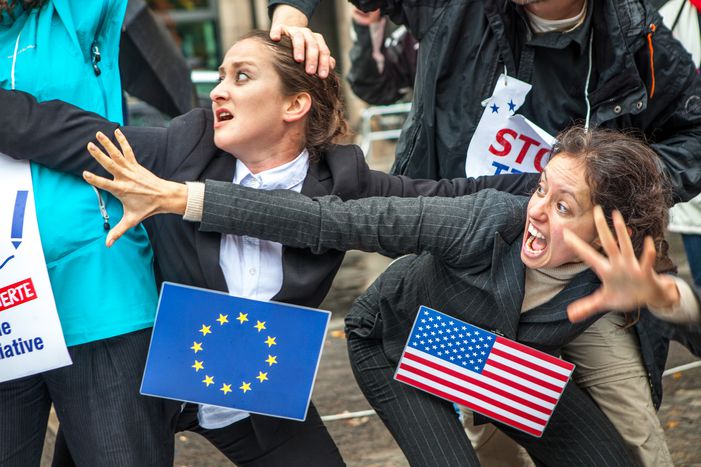 TTIP: How the European Parliament lost the trust of two million citizens

[OPINION] They've done it. On Wednesday the 8th of July, the Members of the European Parliament officially adopted their position on TTIP - the Transatlantic Trade and Investment Partnership. And at the same time, they lost all their credibility in the eyes of the citizens.

436 in Favour, 241 Against, 32 Abstentions. That’s the result of the final vote on the resolution as a whole. However, the European Parliament (EP) did not just vote on its recommendations to the Commission, but also on its own image in the eyes of the citizens. The TTIP vote, and more specifically the Investor-State Dispute Settlement (ISDS) aspect, was in fact a confidence vote for the EP. And the EP lost.

Because yes, in the end, there is some form of dispute settlement mechanism in the text. Oh, of course, it’s not the big ISDS monster that scared defenders of national sovereignty. The mechanism has been softened and we now have a text which proposes to "replace the ISDS system with a new system for resolving disputes between investors and states which is subject to democratic principles and scrutiny, where potential cases are treated in a transparent manner by publicly appointed, independent professional judges in public hearings"  (ed. the complete text is here).

Sure, there’s an improvement (let’s be fair). We’re now hoping to see publicly appointed independent judges. But it’s still pretty much an ISDS, without saying it is one. The spirit is still the same. An exaggeration? Let's wait to see if Chevron sue France for its refusal to exploit its shale gas resources and then we’ll talk about it…

By approving this “new system”, the MEPs who supported it (447 of them) have definitively lost the confidence of all the citizens who rejected ISDS and who’ve expressed it loudly. Nearly 150,000 of the people who answered the public consultation on TTIP clearly stated that they don’t want this mechanism to be included in the agreement. At least 97% of them. Not to mention the 2.3 million people who signed the anti-TTIP petition. That’s a lot of potential electors. 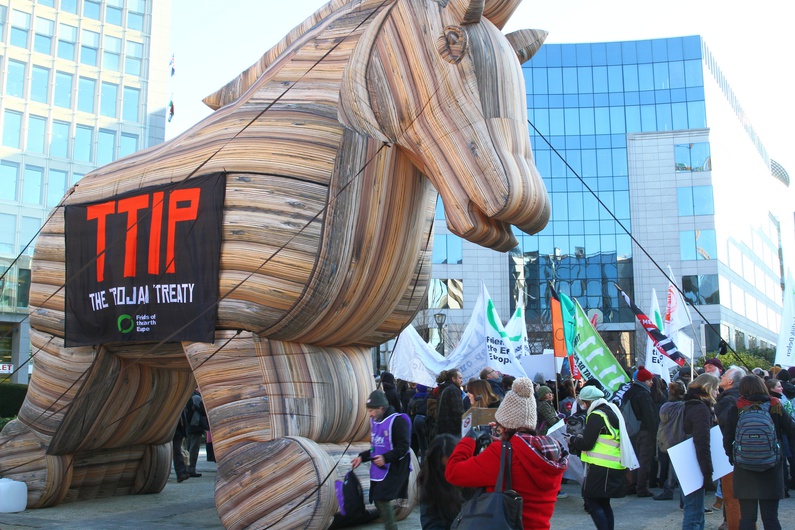 It is worth reminding that in 2014 we had the lowest turnout ever for a European election, with only 42.61% of EU citizens voting. By approving ISDS 2.0, the MEPs have just lost 2.3 million additional votes. Yes, these people are against TTIP as a whole, but ISDS is one of the biggest reasons to refuse it. Even if we can’t bet on when the negotiations will be concluded, let alone on the final approval of the agreement by the European Parliament, we probably won’t see it before 2017, at least. And that’s dangerously close to the next EU election. Such a big agreement won’t be forgotten by 2019. And anti-EU parties will be more than happy to use it during their next campaign!

So with the ever-growing crisis of confidence that Europe is going through and the lack of democratic legitimacy (some might say accountability) of its institutions, could MEPs really afford to take such a risk? After the vote of Wednesday, why would the opponents to ISDS bother to vote in 2019? Their opinion is not taken into account anyway… We may then go from 42.6% of voters to an even lower turnout. This would be a shame for the European Union and would be seen as a loss of credibility on the international stage. It might even weaken Europe’s current position in global negotiations. Not to mention that these people won’t feel like their interests are represented and defended anymore, therefore reinforcing the lack of democratic legitimacy and a negative image of the EU institutions. It's a vicious circle!

All in all, for the European Parliament, the TTIP negotiations (especially the ISDS aspect), were perhaps the ultimate test of trust and credibility in the eyes of the citizens. The MEPs missed their chance on Wednesday. They’ll have another one during the vote on the final agreement, at the end of the secretive negotiation process with the United States. But the preservation of EU standards and the fairness and transparency of ISDS are not the only things at stake here. The legitimacy of the entire Parliament is threatened as well, should the MEPs take the wrong decision.

This article is an updated version of one originally published on June 10 on What's up EU.