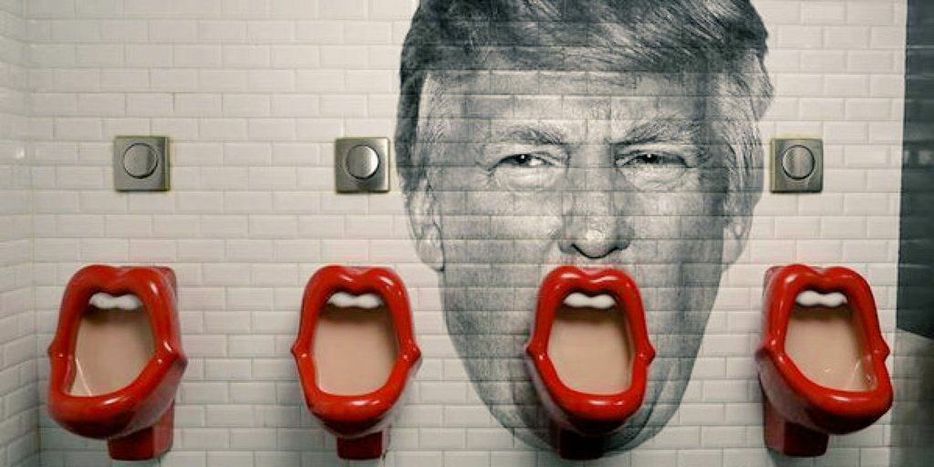 On April 29, 100 days had passed since Donald Trump became POTUS. That didn’t stop him from keeping his Twitter account @realDonaldTrump more than alive. The mainstream (a.k.a FAKE NEWS) media refuse to recognize his achievements, he says? Well, Donald Trump is all about self-advertising. So let’s look back on 100 days through 10 selected tweets.

On January 20, Donald Trump officially became the 45th President of the United-States of America. A new leader, with a (well, almost) new message: “A government FOR the people BY the people”. Those words sound familiar, don’t they? Of course they do, they came from one of the most famous speeches made by Abraham Lincoln at Gettysburg, that Trump ingeniously reused once he was elected. Now, the extent to which Trump incarnates “the people” better than the other presidents before him, is still a mystery to us. However, actions speak louder than words and these first hundred days were full of pitfalls.

First problem for Donald Trump: Filling his Cabinet. People talked about an empty White House at the beginning of Trump’s presidency because the President only trusts billionaires, military men and his family, therefore greatly reducing the number of eligible people. But he found a new and convenient reason for this vacuity - why bother taking responsibilities over controversial cabinet choices? Just put the blame on the Democrats, that’s what they are there for.

How to MAKE AMERICA GREAT AGAIN?

Donald Trump’s motto: create jobs in America. No matter how, he wants to promote the “Made in US” label and to give a new lease of life to the job market. He signed the Keystone XL pipeline project between the US and Canada, a pipeline on which Barack Obama had put his veto evaluating it too dangerous for the environment. Trump even has the nerve to thank the infamous ExxonMobil oil and gas company. It feels like the only thing missing from his Tweet are dollar emojis. Exxon can thank the President for the excellent and free publicity.

Only 7 days after his nomination, Donald Trump provokes a wave of indignation by prohibiting people coming from Syria, Iraq, Somalia, Iran, Sudan, Libya & Yemen from stepping onto American territory. For once his tweet is not emphatic, exaggerated or hysterical. On the contrary, the wording is solemn, watered down and almost cryptic as he does not even mention his decree. Trump’s strategy is to convince the Americans that their country is a giant free entry zone with no border control. Making extreme measures sound like first necessity actions is part of the populist rhetoric though. Fortunately, a week later, the so-called “Muslim ban” was blocked by a federal judge, a decision approved by the Court of Appeals. Big fail.

The Mexican wall. Really? To be paid by the Mexicans. Seriously? Bright side: until now, Trump hasn’t managed to find a single dollar to invest in the construction of the wall. He postponed the discussions about this issue to September in order to give himself more time to prepare. Not sure the Mexicans will make it easier for him. One thing we can give him is that he never gives up.

One huge battle for Trump is making everyone forget about his predecessor Barack Obama. To do so, what better way than to dismantle Obamacare? But not so fast! Trump’s team have not yet presented a viable alternative system to replace Obama’s. It’s easy to criticise, but when it comes to present better alternatives, no tweets in the vicinity. The early bird President made a confession: the topic is actually extremely complex. A rather weak excuse for his lack of better options. His government had to withdraw its proposal of reform, but the battle is still on. To be continued...

And what about international relations?

Remember how horrified you were when you heard of the launch of 59 Tomahawk missiles to destroy a military basis in Syria? Well, that decision was taken over dinner by Trump without the approval of Congress. Confusing Iraq and Syria in an attempt to explain his decision, Trump made a fool of himself. This too, when we know that in 2013, he condemned Obama’s intention to act the same. Well as we say, only fools never change their minds - in this case not sure it applies though.

Gosh that escalated quickly! This show of force is not over yet between North Korea and the US. North Korea’s Prime Minister, Kim Jong-Un stroke a responsive chord and Donald Trump replied by deploying an aircraft carrier as a ‘precautionary measure’. Trump rubs Xi Jinping, China’s President, up the right way with one hand and makes a fool of North Korea with the other. What an impulsive reaction to such an important matter. Bad!

Donald Trump’s relation with NATO. Are you lost? Yes? Well, we are too. Once again, it is difficult to keep track of Trump’s position on NATO. First describing it as obsolete, he changed side recently: “I said NATO was obsolete but it is not anymore”. A sudden flip that comes after he accused Germany of owing a large amount of money to NATO. Reality check: NATO’s country members don’t “owe” money to NATO or the US because NATO’s direct funding is calculated through a formula and paid by each of the 28 members. Is it too much to expect that someone who takes such an interest in denunciating and criticising the organisation would at least know what he is talking about?

Many thought that once President, Donald Trump, would have stopped his impromptu and spontaneous tweets. But no. He kept tweeting extemporaneously and about personal issues. Poor Ivanka and her clothing-line that was criticised in the newspapers. But is it the role of a President to comment? By tweeting about this, it is as if Trump is using his power to help his familial business to grow. A little self-promoting never hurt anyone. But a conflict of interests for the President? Not so great.

Although 30 decrees were signed and 28 laws promulgated, Americans were expecting a greater result from Donald Trump, who has only reached a 40% approval rating according Gallup’s barometer, when Barack Obama reached 69% at the same time of his presidency, while George Bush Junior had 63%. Perhaps if he had spent less time on Twitter pouring oil on political controversies he would not be in such a position. But after all, this is all just the media’s fault.