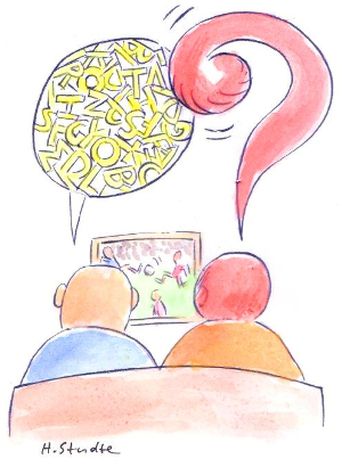 Sometimes, two citizens of neighbouring countries can understand each other whilst speaking their respective languages. But this neighbourliness can lead to some rather compromising situations. Let's imagine that a Pole and a Czech decide to stay in and watch a match at the Pole's house. During the match, our Czech friend feels hunger pangs and asks his companion to get some peanuts (burak) to go with his beer. The Pole will tell him that he

doesn't have any beetroot at home but, if it takes his fancy that much, he can head out to the shop (sklep). The Czech will reply that he didn't know that the Pole had a cellar in his house, at which the Pole will look confused and tell him that he’ll go and look for them himself. Our Czech friend will be lost for a response to the latter, since the word szukac, which means ‘to look for something’ in Polish, means ‘to make love’ in Czech!