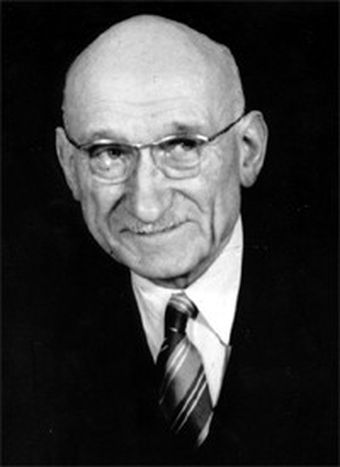 Towards one Europe, old and new

You could be forgiven for thinking otherwise, but the European Union is a big success. However, economic reform and an open mind are needed for this to continue to be the case.

The EU has meant that fractious nations that fought one another for more than a thousand years have learned in less than 50 to interact peacefully and collectively on the global stage, trading the armour and spears of the battlefield for the occasional barbed comment in the European Council. What’s more, the European Union has been an engine of prosperity for Europe, lifting millions of families out of their post-war poverty and squarely into the middle class affluence that so many Europeans now consider to be their birthright. This isn’t hyperbole. This is fact. The European Union has helped make the European pie much, much bigger, creating the backdrop against which Europe saw more than three decades of rapid economic growth and setting the stage for Europe to dominate the world – economically, politically and socially.

Enlargement, good for the economy

How sad, then, that at Europe’s moment of greatest triumph – when the European project has brought a unity to Europe that not even Charlemagne could have imagined – the voices of further integration suddenly find themselves so squarely on the defensive. How sad that the same arguments which Europe’s founding fathers had to overcome – that greater trade integration would lead to a race to the bottom, that the expression of solidarity with our poor neighbours would somehow challenge the prosperity of the rich ones – are suddenly on the up.

Perhaps it is worth dealing with a few basics. Europe has been successful largely because it embraced a social market economy. But many people have forgotten today that that social market economy has two pillars: social and economic. History is full of examples which show that trying to build a social economy with no market is a disaster: the Soviet Union, for example, or today’s North Korea. Put simply, we must create the wealth we need to build the better, more just society we want. And if we can’t create that wealth – as, indeed, we are having more and more trouble doing – we will cease to be a socially just society that we can all be proud of. Where’s the social justice in 19 million unemployed? What is social about watching our welfare system collapse because some powerful vested interests won’t let that system be reformed?

Learn from the past

People forget, but Germany and France were relatively poor countries in the 1950s, when European leaders first embarked on the great European project. The idea then was to forge a coal and steel union, allowing the founding members to trade with one another freely across borders. That trade, they said, would create peace and prosperity, which would encourage further integration, which in turn would encourage more peace and prosperity. And they were right. We owe a huge debt to Schuman, Monet and our other Founding Fathers for showing us the way forward at a time when Europe’s fate so clearly hung in the balance.

But Europe’s fate hangs again in the balance today. The bottom line is this: Europe stands at the end of an historical era, much as it did in the 1950s when the European project was launched. The Soviet bloc and Warsaw Pact have collapsed, offering up the possibility of extending EU-style prosperity to the East. And, in enlarging the EU last year, we have taken the first steps towards embracing this historic opportunity.

Or have we? ‘Old Europe’ doesn’t really like ‘New Europe’ very much. And in particular, Old Europe doesn’t really like what New Europe forces them to realise about themselves, namely, that they have grown more attached to their generous benefits than to the hard work that allowed them to create those benefits in the first place. It’s time to overcome this fear. It’s time for the EU to speak directly to the people and make clear the advantages that it brings, as Robert Schuman did in his public appeal for Europe to pool its coal and steel resources in 1950. It’s time to offer a vision of a united Europe, working peacefully, hand in hand, each doing what he or she does best in a spirit of ongoing solidarity.

And we in the West have an urgent task. We must embrace modernity, re-adjusting our budget priorities to promote knowledge and skills among our own workers and encouraging our companies and citizens to develop their full potential at the high end of the economic scale. We must learn to encourage entrepreneurship, making it easier for small, service-sector companies to form and for medium-sized companies that have already formed to expand. And we must re-embrace the principles that made us great in the first place – our spirit of adventure, our excellence in education, our sense of social justice and our ability to compete economically, so that we might continue to share our wealth and values with the world around us.