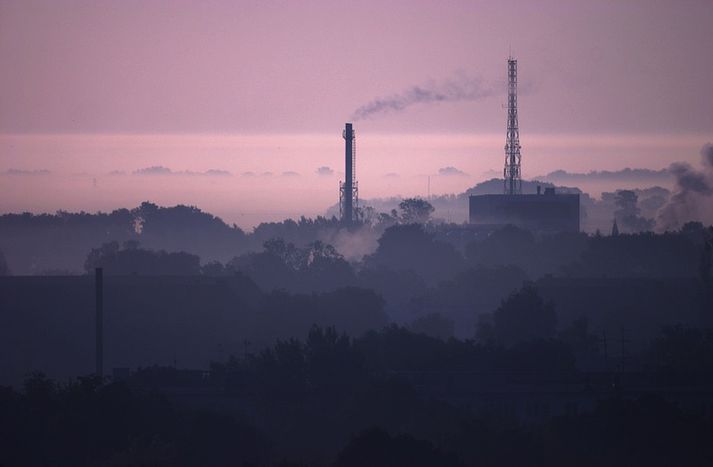 Tourism in arms: the unexpected boost of Russian missiles in Kaliningrad

When Russian president Dmitry Medvedev announced the deployment of missiles in the Baltic region bordering Poland and Lithuania in November 2008, the western media frowned upon a resumption of the cold war of arms. Kaliningrad has rightly kept its distance from the Russian response to the planned US anti-missile shield, a diplomatic bluff 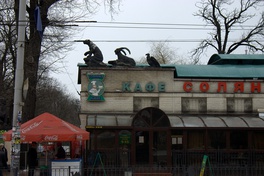 On the news of Moscow's military plans, one Kaliningrad newspaper wryly commented that the Russian ballistic missile Iskander was already in the city! It has a very long neck. The latest acquisition to the city zoo - a giraffe - was named in honour of the missiles, the article teased, hitting on the social mood. ‘We will wait, we will see,’ claimed local residents. ‘We still don't know anything.’ Maria Drutman, the head of the tourism department in the former German city of Kaliningrad, expressed hope in the victory of common sense, and admitted that she was grateful to the president. ‘Thanks to him, the entire world has found out about Kaliningrad’s existence. For us, this is great exposure.’

Undeniably, the town of Kanta is opting for tourism instead of arms. One of the priorities for the local government is the development of the tourism industry. It aims to attract Prussian heritage (it was once Prussia’s capital), which seems to be a Russian fantasy. Called Koenigsberg before it was renamed Kaliningrad in 1946, the Russian exclave discourages itself as a commercial attraction of Kaliningrad, and lifelong resident Immanuel Kant, a famous philosopher and moralist, has become the centrepiece of the town, where he died in 1804.

'Today sociologists draw attention to the fact that many youths label themselves as 'not Russian, but not yet Europeans'

It wasn't always like this. In soviet times, the district was a closed militarised zone. The region remained a bugbear to the west. There were traces of Prussian presence in the eyes of the communist leaders—in 1968 a castle was demolished which was built in thirteenth century Kaliningrad. It was forever to remain the property of the soviet union; however, its residents leaned towards Europe. In the eighties the secret police noted that the youth had an ‘unhealthy interest in everything German’, and in the local slang, the city was known as ‘Koenigiem’. Today sociologists draw attention to the fact that many youths label themselves as 'not Russian, but not yet Europeans'.

There is no question of separatism in Kaliningrad, and from the success of football, the Russian team are celebrated grandly just like everywhere else in the country. The region’s residents like to emphasise their diversity. Local journalist Michail Janickij states that: ‘We are more European than our compatriots from the depths of Russia.’ We find ourselves in a town where next to the ‘Matuszki Rossiji’ monument, (which commemorates the merging of the district to the soviet union) a new shopping centre has been built – ‘Europa’. Most of the residents are positive about working together with Europe and the region's ambition is to become a Russian window to the west. As many as, 70% of youths from Kaliningrad, connect their future to the European Union, as the great homeland has disappointed the people of Kaliningrad. 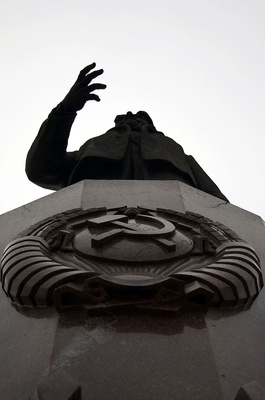 In Moscow, Boris Yeltsin lacked ideas about what to do in Kaliningrad and how it has torn away from the rest of the territory. There were ambitious plans to transform the exclave into a 'Russian Hong Kong’, but the free economic zone created in 1991 has become a cover for illegal business dealings. In the district, the number of organised crimes increased, as did the number of people infected with HIV. Unemployment rose. Distrust with regards to Moscow rose as they lacked involvement, as during the 1998 economic crisis, when the collapse of the rouble caused a huge loss and they were dependent on import from the Kaliningrad district. During fuel prosperity, the economic situation improved as the region received federal funds. They built large shopping centres, repaired the main streets and Muscovite businessmen started to invest in building hotels and casinos.

Kaliningrad didn't become a ‘Russian Hong Kong’, but it definitely wants to be a ‘Baltic Las Vegas’. The authorities promised the residents a ‘European lifestyle’. Nobody really believed it, but the forecast showed that the future was dominated by optimism. But, when at the end of 2008, the district felt the first effects of the world recession, the demon crash from ten years before had awoken again. Yet again, companies are going bust, unemployment is on the rise, employers aren't paying wages and the local airline has announced it is going into bankruptcy. Without air transport, Kaliningrad will turn into a prison, as crossing borders in a car is still a nightmare.

It is a region which is not capable of feeding itself

It is a region which is not capable of feeding itself. For this reason food prices are so much higher than that of the rest of Russia, or even Poland or Lithuania, and it still wants to break out and be independent. The problem is that the plans of the Russian Federation and the district of Kaliningrad are in contradiction to each other. In ‘Little Russia’, where the residents tend to call themselves ‘Euro Russians’ or ‘ Baltic Russians’, they talk more about visas, the economic crisis, careers and new shopping centres than they do about the American threat or post imperial sentiments.

‘Rockets? What rockets?’ A shocked Wasil, a twenty-year-old student from the University of Immanuel Kant, says. Exactly what rockets? If the Kremlin really wanted to fulfil its military threats against the antagonists in the west, it would be against the local population. Russia was bluffing. We congratulate the residents of Kaliningrad for having some common sense.