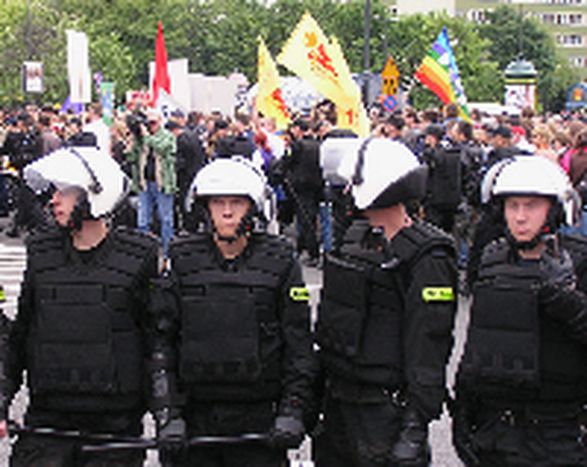 Tough times for homosexuals in the Balkans

Facing attacks, mockery and legal sanction, it remains difficult to be gay in the Balkans

Attacks and insults are common currency for homosexuals in the Balkans today. The perpetrators are not punished, as issues of homosexuality have always been taboo, stigmatising the few gays and lesbians who dared to defy the ruling discourse, strongly inured by a rigid and homophobic Orthodox Church.

In Albania, with its majority Muslim population, the only existing gay association was banned and there are no bars or places where the population can meet freely. During the Communist era, gays and lesbians were considered traitors, arrested and isolated from the rest of society. Now, despite a certain tolerance towards homosexuals, the social impact of this practice continues. To be gay in Albania is considered shameful by the majority of Albanians.

In Macedonia the majority of gay people long for nights in Belgrade, with its liveliness and the existence of some bars and places with a proper atmosphere.

In Bosnia-Herzegovina, a country where Catholics, Muslims and Orthodox all live side by side, until quite recently homosexuality was subject to legal persecution and there was not much gay life, due above all to the fact that Bosnians live in small towns and villages in which it is hard to develop marginal practices. "The worst thing in the Balkans is to be homosexual," says Kenan Dizdar, one of the characters in the film about the Bosnian War, "Go West", which caused a lengthy debate on this taboo subject. The hatred of homosexuals will continue, according to this actor, even though Serbs, Muslims and Croats will put an end to their fighting. He adds, "They will lower their arms, but carry on hating homosexuals".

The film "Go West" courted controversy even before filming started. The film explains how two homosexuals- a Muslim and a Serb - flee from the siege of Sarajevo at the start of the civil war and try to keep their love for each other alive. Conservative and religious groups accused the director, Ahmed Imamovic, and the scriptwriter, Enver Puska, of using the suffering of Muslims during the war to their own advantage, in order to make a film for the Western public. "You identify the Bosnian tragedy and its 250,000 deaths with the story of 2 homosexuals," criticised the Muslim publicist Fatmir Alispahic last year when the film was still on release. It could only be shown out of competition at the last Sarajevo Film Festival, where the director and cast were the victims of vicious criticism.

After the revolutionary protests against the tyrannical Ceausescu, which brought down the Communist regime, nothing changed for gay people, and dozens of them were arrested, tried and sentenced to lengthy terms in prison, in worse conditions than common prisoners. According to some human rights activists, torture was run of the mill. To top it all off, at the end of the nineties, Romania made its Penal Code even tougher, with harsher sentences for gays. This reform was heavily criticized by the European Parliament, who condemned "any criminalisation of sexual relations between adults of the same sex." Finally, after a long list of arrests and intimidation, the discriminatory law was repealed, despite the protests of Romanian religious authorities, who consider homosexuals "the sons of sin." Nowadays, there are some places and groups for gays, but the main extremist party in Romania, România Mare, systematically "accuses" certain politicians of homosexual practices in order to discredit them.

Oppressive, insulting and injurious is how we can define the situation for gay Serbians. The majority of the media is homophobic, politicians ignore gay people's requests and society thinks that they are ill. 54.3% of the 1500 people surveyed by the Factor Agency said that homosexuals need to "receive medical treatment". According to the poll, 14.5% of Serbians think that homosexuality should be banned, whilst 10% want homosexuals to be "isolated" from society. Apart from this rather unfavourable point of view, attacks on gay people are common currency in Serbia. In 2004, in a Gay Pride march organized in Belgrade, hundreds of people attacked and injured dozens of homosexuals, who, defying intolerance, wanted to express their demands, whilst the police simply looked on. Now, the Obraz Patriotic Movement is attacking gays and lesbians on a daily basis, claiming that they do things that "offend the Serbian nation" and questioning their right to citizenship.