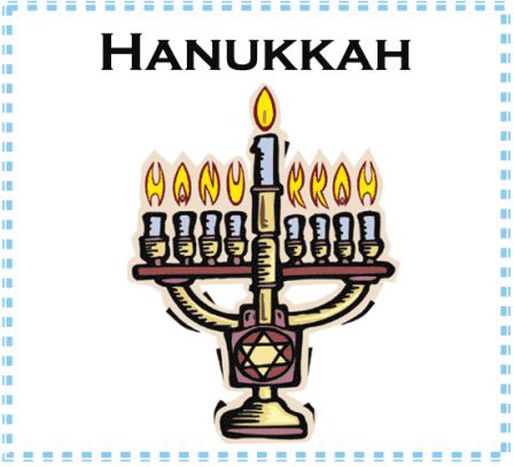 Hanukkah, is the Jewish Festivity of Lights which is celebrated at the 25th of Kislev, in the Jewish calendar. This year the festival takes place from the 1st of December until the 8th of December. therefore the date is on different date each year. The festival is dedicated to the miracle that occurred after the Jewish revolt against the Seleucids (descendants of Alexander the Great).

King Antiochus had issued a decree against the  Jews, which banned the teaching of the Torah. The Temple of Solomon was transformed into a Temple of Zeus where pigs were sacrified in honor of the god(in their tradition the pig incarnates hypocrisy because it seems to chew the cud but does not do it actually)

The festival, like all Jewish holidays depends on the Jewish calendar which is lunar,, something which was a great insult to the Jews

When they returned to purify the Temple, they found only a bottle of olive oil which was not broken to light the lamp of the Temple, the menorah, which according to Jewish tradition has to burn eternally. , which was the needed time to produce oil and bring it to Jerusalem.

The Jews resisted and managed to crush the army of the Seleucids.The oil was enough for one day only, but it miracusly lasted for eight days

This historical event gave rise to the tradition, according to which Jews have to light candles in order to commemorate the Hanukkah. During the Hanukkah one candle is lit per day until the eighth night.Many in Greece consider this festival as a Jewish victory against the Greeks and the struggle against the Hellenization of Judea. Of course, it is worth noting that the revolt of the Maccabees was caused by the attitude of Antiochus to the Jews. Unlike Alexander the Great who respected their cultural identity, Antiochus tried to violently hellenize them. That is, why Alexander was welcomed as a liberator and Antiochus as tyrant.

Here at Cafebabel Greece we do not want to go into the historical debate. We wish ''Happy Hanukkah'' to all Jews around the world, respecting their celebration as we respect any belief or doctrine.