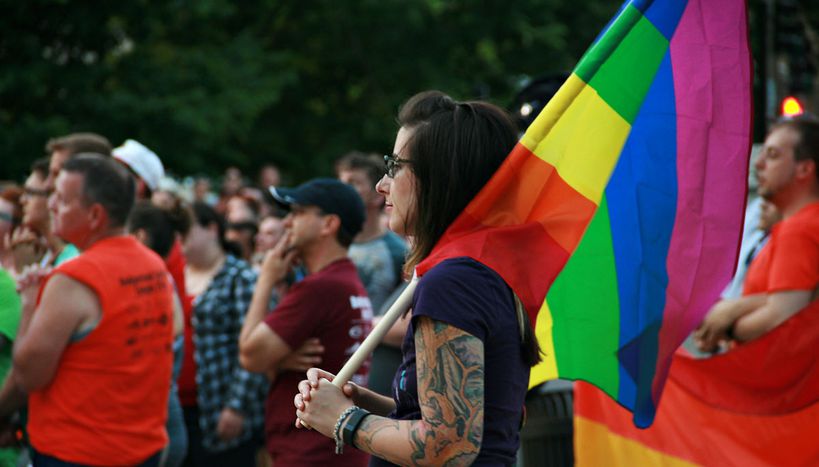 To my heterosexual friends: This is why Orlando hurts

Lots of you have been silent about events in Orlando this weekend. That's okay; maybe you were busy, life moves fast. But this one cuts a little deeper for your LGBT friends, like me, and you should know why.

To my heterosexual friends,

Lots of you have been silent about events in Orlando this weekend. That’s okay; maybe you were busy, life moves fast. But this one cuts a little deeper for your LGBT friends, like me, and you should know why.

It's not because it's terrorism; though that plays a part in it.

It's not because of the size of the death toll. There isn’t a scale and this isn’t a competition.

It hurts because it's not so different from the violence we experience every day. Until you've been scared to hold your partner’s hand in public, unless you've faced fear of revealing yourself to those closest to you; you can sympathise, but you can't understand.

This hurts because whilst families and our community are grieving, the media is denying our collective identity.

The world around us tries to politicise every part of our lives as an LGBT community: our fundamental rights, who we can marry, whether we can donate blood. And yet, on the rare occasion we want our community to be at the forefront of politics, the politics of hate is erased from the discussion.

This wasn’t "America's Bataclan". It wasn’t an attack on "the West" or Western culture. This attack was specific. Pre-meditated. Fuelled by a hatred of people like me.

This hurts because so many remain silent when usually they are most vocal. They'll mourn the death of a gorilla but they won’t mourn 50 dead LGBT people.

This hurts because it brought the worst of the world out of the woodwork. From presumptive Presidential nominees to priests to small town hicks. They congratulate a terrorist for killing "pedophiles" and "deviants".

"The anger and the frustrations that some of us feel is because we are misunderstood, and friends can’t feel the anger and frustration. They can sense it in us, but they can’t feel it. Because a friend has never gone through what is known as coming out. I will never forget what it was like coming out and having nobody to look up toward. I remember the lack of hope – and our friends can't fulfill it."

This hurts because of when it happened. June isn’t just any month in the year: it's the anniversary of the Stonewall riots. It's the time of the year when our community comes together to celebrate the progress made, and remember those who came before us. Now this year, more than most, Pride will be a reminder of how far we still have to go.

But we remain defiant. As a community, you hurt one of us and you hurt us all, and we'll come back fighting.

In cities around the UK, and around the world, people stood still last night to honour and remember the dead. Thousands flocked to pay their respects and draw strength from our collective voice: love is love, and love always wins.

So my friends, don’t stay silent in the face of homophobic terror. Do something.

Be defiant. Light a candle. Teach your children LGBT people are to be loved, not feared. Lend your support to homophiles not homophobes. Ask your LGBT friends if they're okay. Do whatever you can, but don't stay silent and don't let this happen again.

John Peart is a London based blogger writing about data, digital, diversity, Eurovision and government. This article was originally published on his personal blog.