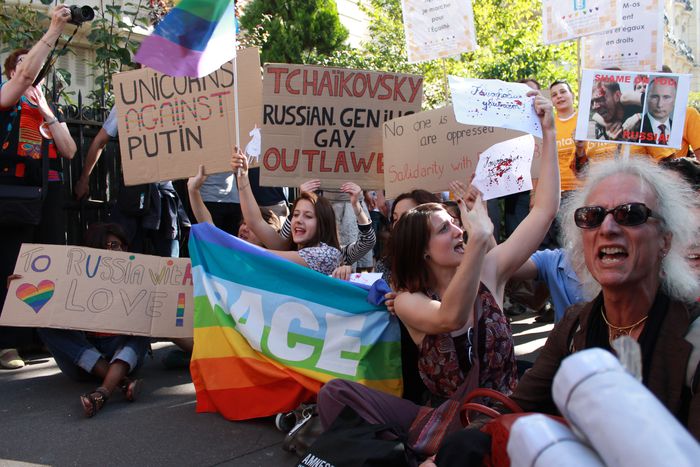 In June this year, Putin introduced a law in Russia banning the ‘propaganda of nontraditional sexual relations’ to minors. This law explicitly forbids portraying LGBT relationships as socially equal to heterosexual ones. It has prompted international outrage and world-wide support for Russia's LGBT community.  Pictures from a 'To Russia with Love' kiss-in outside the Russian embassy in Paris 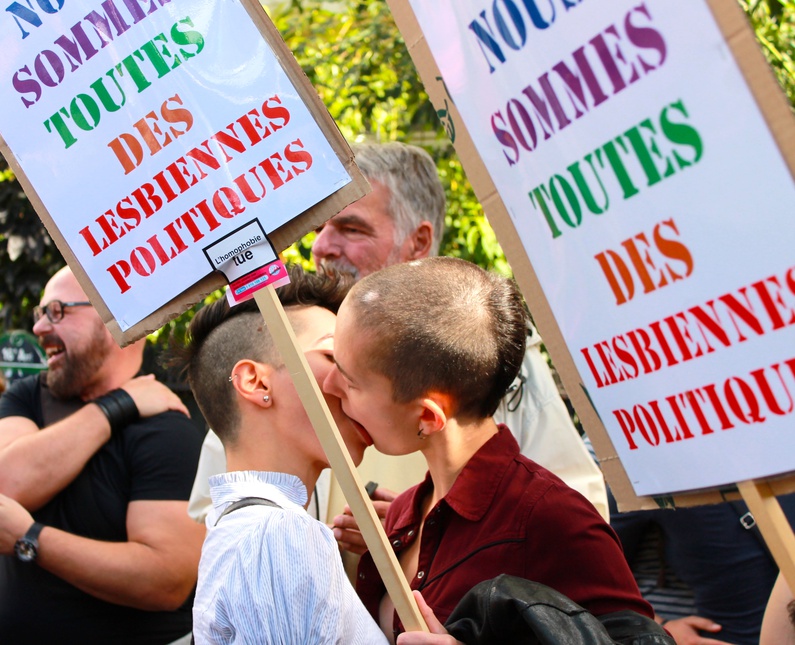 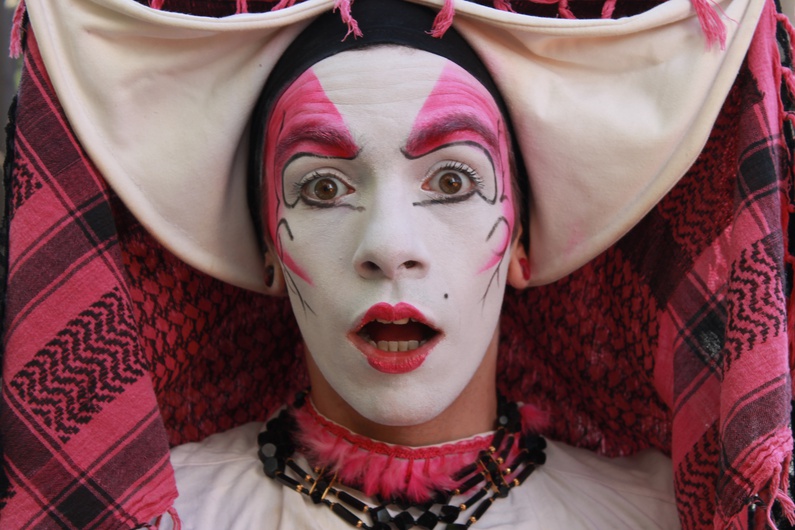 My friends and I are here to protest the dangerously homophobic regulations established in Russia by Vladimir Putin. When I see a 15 year old boy beaten up at school on the pretext of being homosexual, then it certainly concerns me. This is a question of human rights. We have to be vigilant, to stand up for our rights. No man is an island. 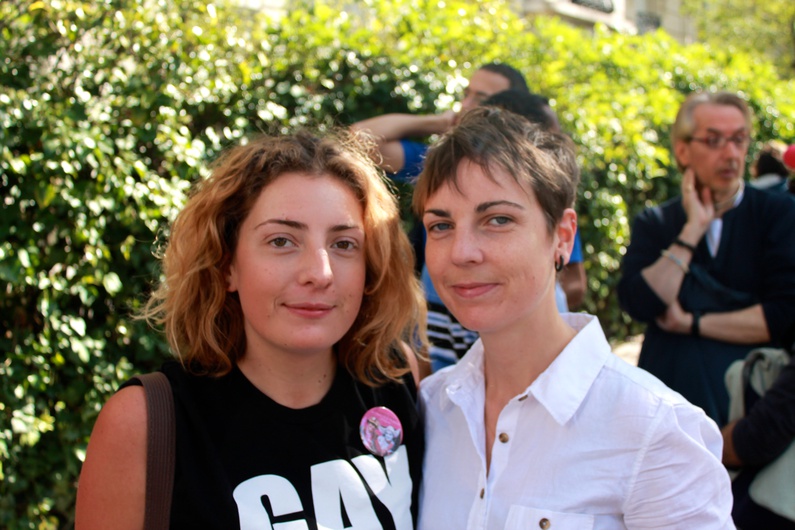 We used to be a couple and we came to the protest because we feel like we can't feel free or safe if people are persecuted because of their sexual orientation in Russia. It's also a way for us to show our brothers and sisters in Russia that they are not alone. 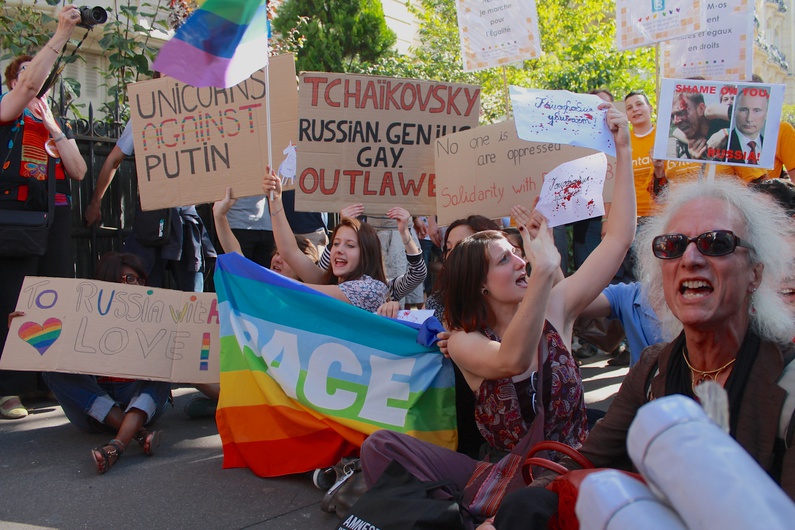 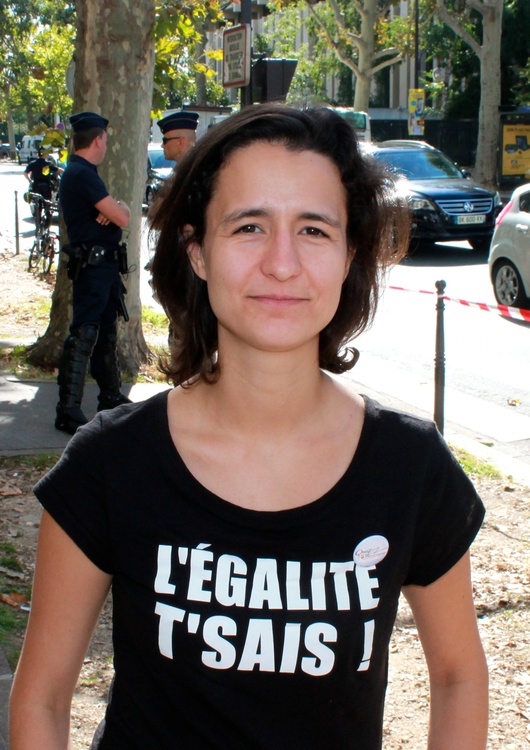 Amandine Miguel, head of the LGBT section of osez le féminisme. 'We're so happy to be part of this international kiss-in, which is happening today in 50 different countries at the same time.' 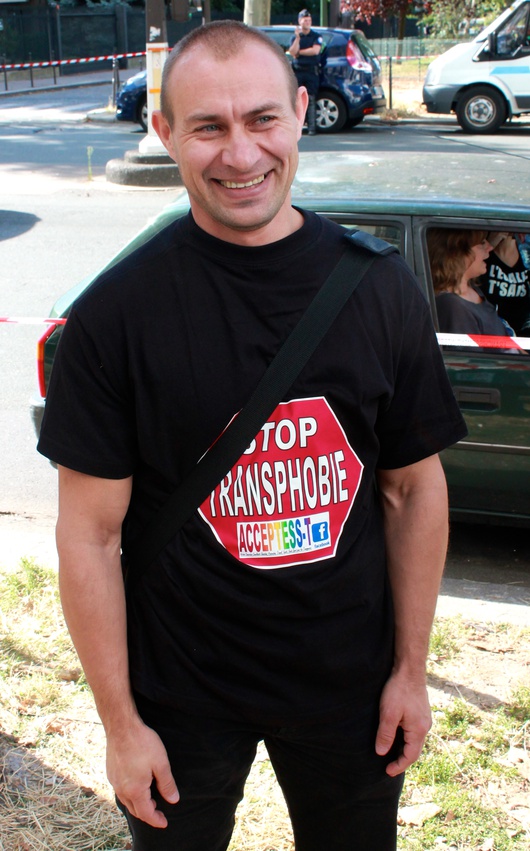 Roman is Russian and transgender. Having been accused of drug possession - Roman says that the drugs were planted - and finding the situation in Russia increasingly dangerous, fleeing to France seemed like the safest option. 'At the beginning I didn't want to leave, I wanted to be able to prove my innocence and to stay. I had people who were ready to give testimonials to prove that I didn't have drugs. I had witnesses, recordings- proof.  I was convinced my lawyer could prove my innocence. I went to a seminar on LGBT society in Ukraine. When I was there, I learnt that my lawyer had problems. Then, when my 67-year-old mother came from Stalingrad to Moscow, she was seized by the police. I realised the situation was more dangerous than I had thought. In Russian prisons homosexual and transgender people are raped and attacked as a matter of course. The decision to come to France crystallised.' 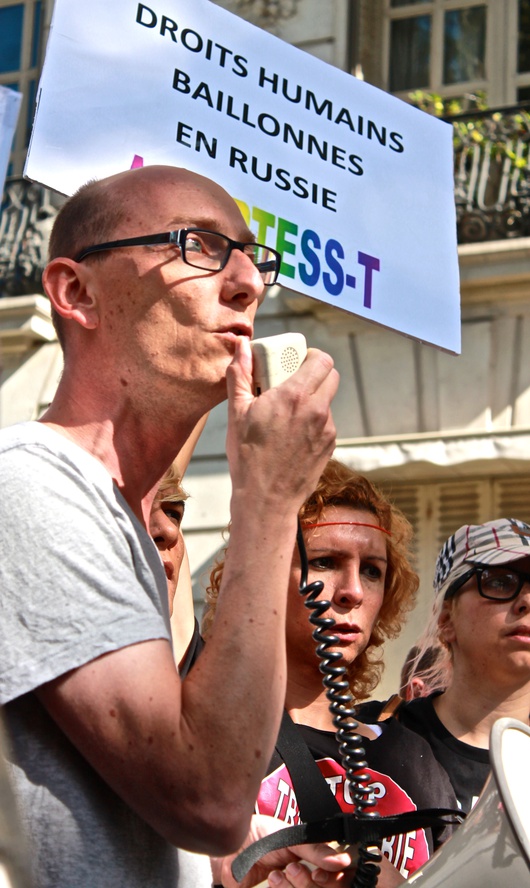 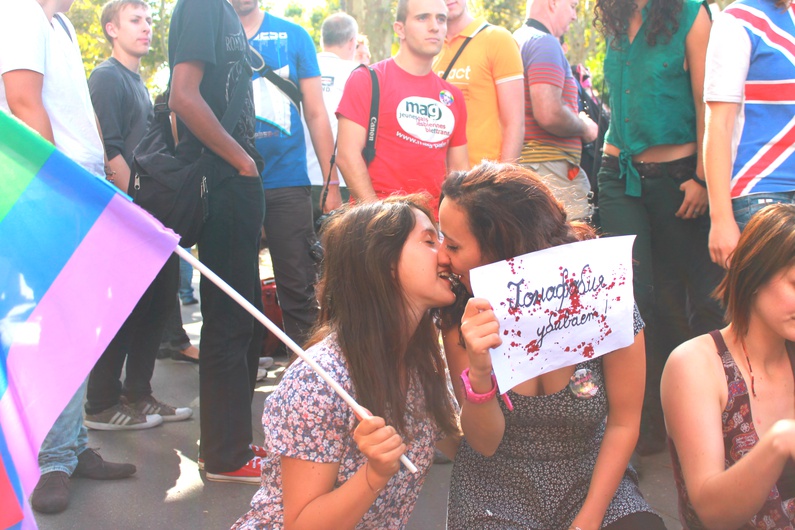 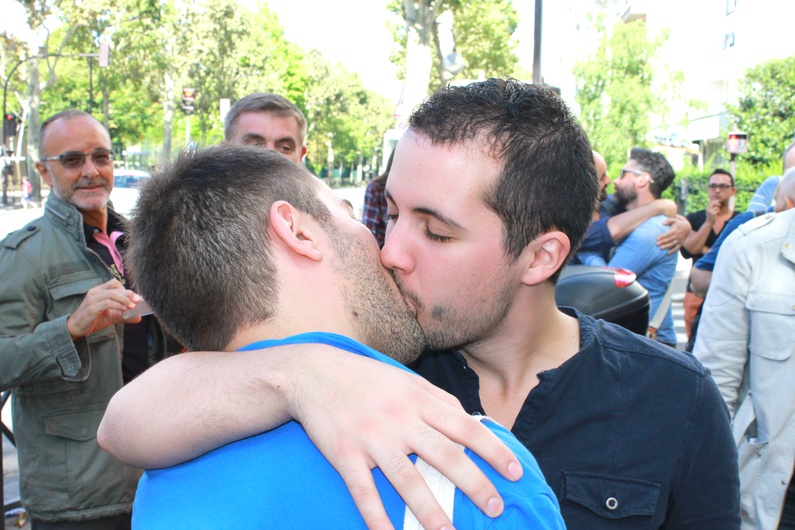