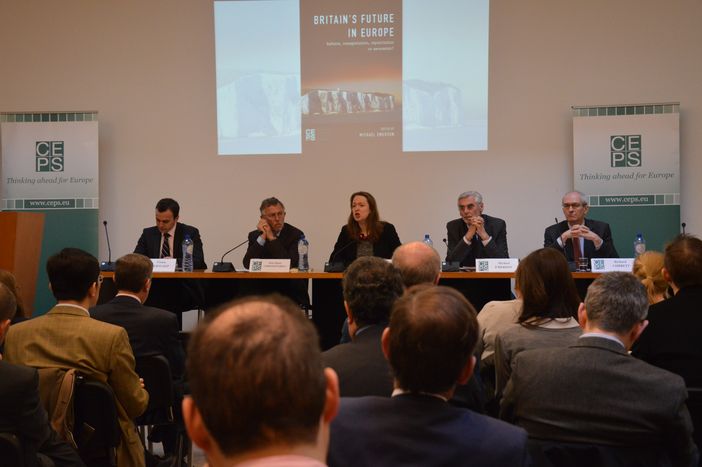 To be or not to be European: Is UK going through an existential crisis ?

Last week on Monday, The Center for European Policies Studies (CEPS) presented an interesting book about the evolving relationship between UK and EU: “Britain's Future in Europe - Reform, Renegotiation, Repatriation or Secession”.

This book, written by Michael Emerson, a Senior Research fellow at think tank CEPS, is a remarkable resource for understanding the British vision and attitude towards the European Union, but also it highlights the latest decisions taken, concerning the promise of Referendum for 2017 and the consequences this decision process might bring along for the coming years.

It presents an accurate analysis and summary review of the legal powers and responsibilities of the European Union (EU competences), while pointing out some of the conclusions that the British government openly chose not to draw from its own research on the ‘Balance of Competences Review’ which is publicly available in 32 volumes and 3,000 pages length.

During the presentation, Emerson explained the four different aspects of his book : Reform, Renegotiation, Repatriation and Secession of the Competence’s dilemma UK is facing. 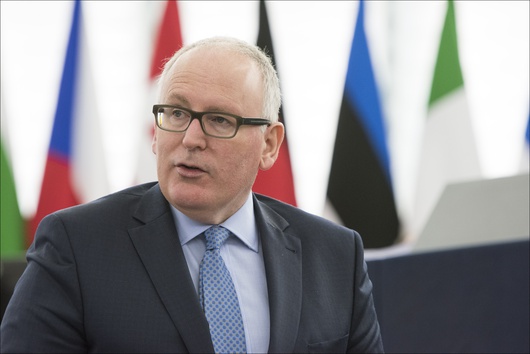 The British government has been heavily involved in the EU policy making process. There are some strategic areas for which their participation has been substantial in implementing effective policies. Those sectors are energy, climate change, competition policy (decentralising reforms) and financial markets (huge and rapid reforms post-crisis).

It is also well known the UK has pushed for the elimination of EU ‘red tape’, with arguments such as the EU is “unreformable” or EU regulations are too much of a burden. As an answer to this general demand from all member States, First Vice-President of the Commission Mr. Timmermans has made the ease of regulation burden one of his top priorities, aiming to eliminate unnecessary ‘red tape’ to make the EU more efficient.

The UK attaches a high priority to have a margin of negotiation in EU policies, even though within the Lisbon Treaty margin is very limited. Concerning the Justice and Home Affairs policy, the British government has been playing with double-moral which is "opt-out/opt-back in" policy while applying EU different legislation.

This ‘flexibility’ is not seen as good for the 27 other EU members States, as a matter of fact, not applying the same rules within the members could lead to a completely dysfunctional EU.

Concerning immigration, it is well known that the UK would like to decrease “European” immigration, though they should respect the free movement of labour, they ‘opt-in’ for applying certain resolutions from the European Court of Justice, for example, the recent resolution on the “Dano case” which allows the host member state to lay down conditions for granting social benefits to other member state’s residents.

It is a fact that Prime Minister David Cameron has difficult choices to make. So, there is the question on how much pressure he will support from the right wing on his party. The strategy of playing with a possible ‘Brexit' scenario could lead the UK to pay a high price for bluffing.

The idea of a Referendum in 2017 or earlier as an electoral promise is just goes to prove the lack of clarity on what UK wants. If this Referendum were take place now, it would aggravate tensions between England and Scotland. Moreover, they are already losing their influence at EU level, so they are playing alone with no clear allies for the time being. 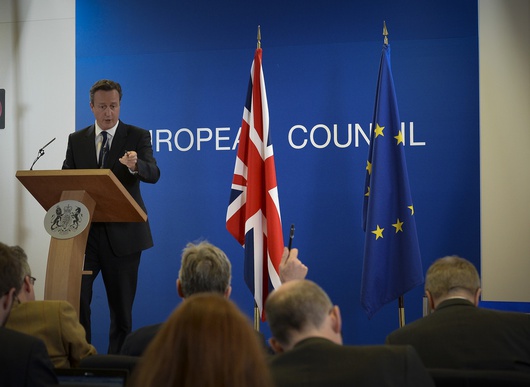 It would be foolish to risk “all the benefits or flexibility” they have already gained through the years, just to prove their influence and power. There are too many questions in the air without a clear answer, but certainly this exercise might “ring a bell” for the decision makers to definitely turn the page and ask UK to ‘wear the shirt’ for the benefit of the Union or accept to ‘stay on the bench’ while the others play the match.