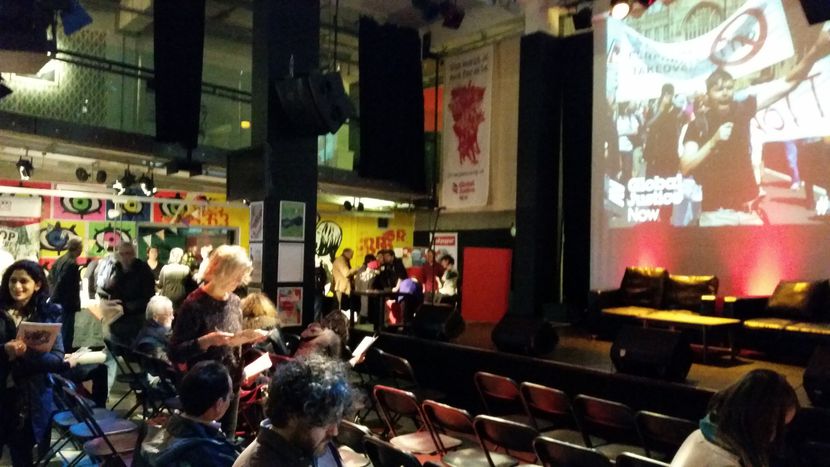 Time to "take back our world"

London is not just the UK's capital, but a global city and the events that take place in the city often reflect this.

Last month, a global event, “Take back our world” took place in Shoreditch, organised by Global Justice Now and hosted by the Rich Mix arts centre.

The aim was to kickstart activism across a range of global social and political issues.

Global Justice Now, a democratic social justice organisation, that used to be called the World Development Movement and the "Take back our world" event signalled the launch of their activity under the new name.

A long selection of talks took place, from a debate with Channel 4 journalist Paul Mason on the Eurozone crisis, the global anti-austerity movements and the new global working class to one with Joseph Purugannan of Focus on the Global South and Natalie Bennett, leader of the UK Green Party on the Trans-Atlantic Trade and Investment Partnership (TTIP) between the EU and the US. 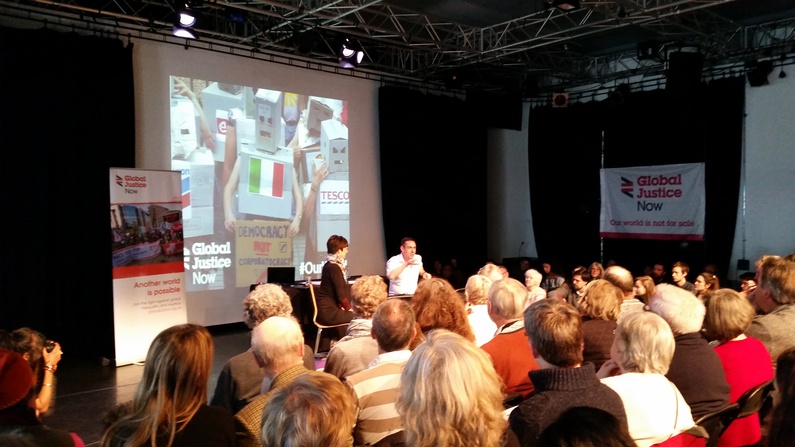 The range of talks highlighted the breadth of topics which the political Left is engaged with, either through discussions or activism. The day included many more debates focused on a wide set of different topics: from Greek solidarity, to art and activism, Latin America and agri-business with other guests like the Lapitzola Stencil from Mexico, anthropologist David Graeber and Samia Nkrumah of the Ghanaian Convention People's Party.

The event found its conclusion with a session that hosted Nick Dearden, the director of Global Justice Now organisation as well as Samia Nkrumah, Luciana Ghiotto of Attac Argentina, Maria Kanellopoulou of Save Greek Water and Jeremy Corbyn, Labour MP for Islington. 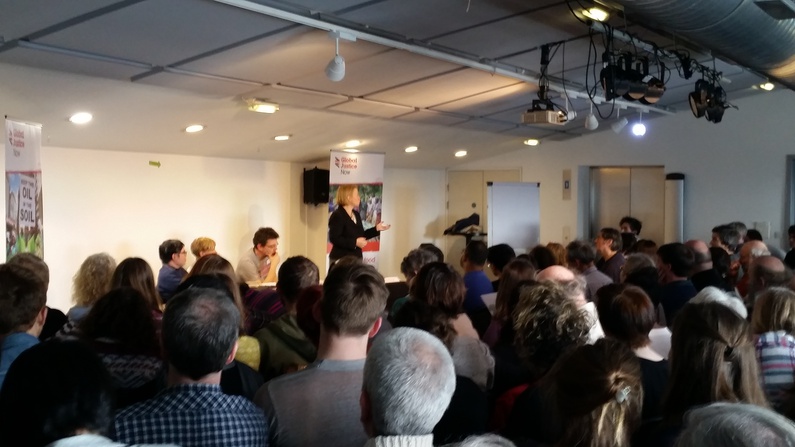 The final session had the aim of analysing the paths for global activism and the future plans for the organisation. One start for this could be a rejuvenated push in the campaign against TTIP.

Regarding TTIP, the Green Party's Natalie Bennett suggested two key areas to focus on: “One is the so-called harmonisation, which threatens the environment and labour, and the other is the Investor State Dispute Settlement Mechanism, which could basically stop democratic governments from making decisions in the interest of their people, through fear of being sued by multinational corporations.”

Joseph Puruggannan of Focus on the Global South added: “What is really at stake here is if we want to give in to this corporate agenda. If TTIP succeeds it will establish the standards and it will lead to more agreements of such level of ambition. That would really mean the corporate agenda winning over the people’s agenda.”

Campaigns against larger issues like TTIP or climate activism could indeed be a way to unite the different movements in the Global Left and their various goals.

That such a larger movement could be inspired from this initial event in East London is symbolic, given the long history of activism and social struggles in the area, as highlighted by Global Justice Now Director Nick Dearden.