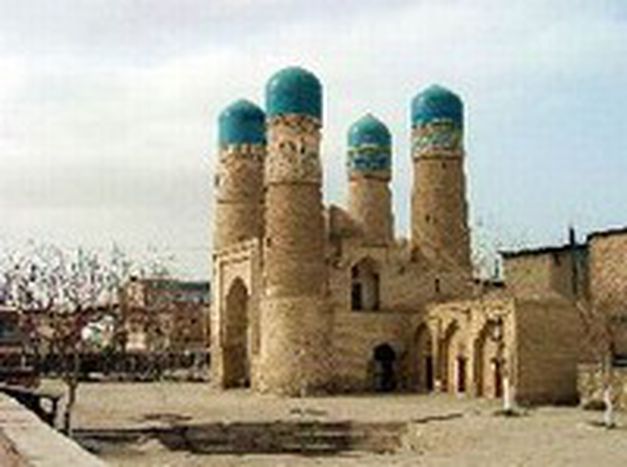 The population of Uzbekistan, a country in which the fight against Islamic extremism is used as an excuse to repress any form of resistance, has no means of expression other than confrontation with the state.

Uzbekistan’s autocratic President, Islam Karimov, quickly identified those behind last Friday’s unrest in Andijan: evidently it was Islamic terrorists who had attacked and occupied government buildings in this town in the east of the Ferganga Valley. And it was for this reason that he was forced to act with such ruthlessness. The police, protected by armoured vehicles, followed Karimov’s orders and opened fire on the crowds of people gathered in front of the occupied government buildings. It is still unclear how many died in the blood-bath, but it is estimated that fatalities, among them numerous women and children, will run into the hundreds.

The guise of Islamic extremism

Several months of peaceful protests about a court-case, in which a group of local business people were accused of having connections with the Islamist group Hizb ut Tahir, or Party of Liberation, preceded the massacre. The thousands of demonstrators on the streets on Friday 13 May, however, were not Islamic militants, even if the Russian Foreign Minister, Lavrov, is convinced that the unrest was sparked by a group belonging to the Taliban. Such a reproach is not new in the region: the dangers of Islamic terrorists were played up during the 1991-97 civil war in neighbouring Tajikistan so as to crush internal and external opposition to the Russian-Uzbek military intervention. Beijing also justified its fight against the Uighur freedom movement in the uneasy western Chinese region of Xinjiang under the guise of acting against Islamic fundamentalists. Karimov joined the anti-terror coalition in the wake of the September 11 attacks and made military bases available to the US for the war in neighbouring Afghanistan. Like other countries in the region, he used the war on terror to persecute remaining opposition groups – religious or otherwise. The West simply accepts this as a result of its dependence on Karimov’s help and benevolent assistance, and because the equation of Muslims with terrorists is in line with a variety of its own ideas and beliefs. Thousands of alleged Islamists are already sitting in Uzbek jails and the persecution continues, even though, after the Uzbek Islamic movement was crushed in 2001, only the Hizb ut-Tahrir, which officially advocates peaceful political change towards an Islamic state, remains.

The West must make Kaimov fall

The Khilafah, or Islamic state joining all Muslims, which the Hizb ut-Tahrir wishes to establish by no means constitutes a democratic society but as long as they proceed by peaceful means, violence against them remains the wrong answer. Islamism has its origins in the socio-political realities of Uzbekistan. Since Karmov took power in 1991, the country has been shaped by the dismantling of democratic opposition, the repression of the free press and the purging of all things Islamic. In a country in which every form of secular opposition is banned, Islam seems to offer the only alternative. In a country in which people’s voices have been silenced, violence seems to be the only form of expression left open to them. If the West is serious about its war on terror, then it cannot hesitate any longer. It must force Karimov, with determination and consistence, to enact the reforms which have been due for the last 14 years and to facilitate an opening up of society.

Translated from Tiananmen in Usbekistan