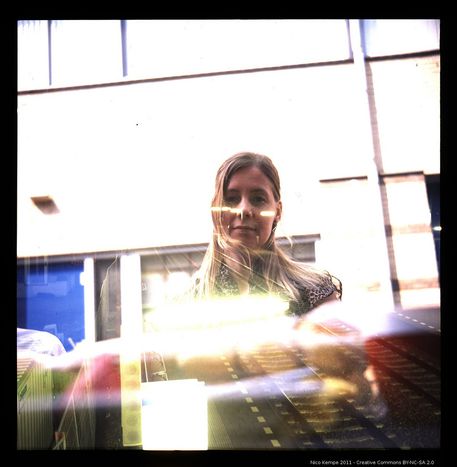 Thoughtcrime: censorship in the UK

As the UK government proposes increasingly more draconian censorship laws, fears grow in Britain over the rights to free speech and assembly

On 3 September, the British government presented the transparency of lobbying, non-party campaigning and trade union administration bill to its parliament. This bill, dubbed the ‘gagging law’ by critics - and there are many - proposes new measures curtailing political action on the part of non-politicians in the year running up to any general election. While this is ostensibly in order to limit and regulate funding from trade unions or wealthy lobbyists, any campaign or other political activity which might affect the result of an election would be strictly regulated. The bill proposes limiting spending to just over 450,000 euros for non-party-political campaigns and to introduce criminal sanctions for those exercising their right to free speech.

Trade unions, campaign groups, charities and other political parties have condemned the draconian measures. If the bill were passed, it would constitute a severe infringement of civil liberties in the UK and would leave political parties free to deliver their propaganda unchallenged in an election year. In effect, groups would be unable to speak out against any of the major issues of the day for fear of becoming tangled up in the new law, which has met charges of being both overly complex and too vague. The conservative-liberal democrat coalition government is being accused of attempting to rush the bill through. Campaign group 38 Degrees is urging constituents to write to their politicians in protest at this disturbing proposal.

The bill is only the latest of a series of worrying instances concerning limitations upon civil freedoms in the UK. In May Edward Snowden, a former national security agency (NSA) contractor in the USA, revealed classified information about how both the USA and the UK’s government communications headquarters spy upon their civilians using the internet, and spend thousands of pounds in attempts to break encryptions on private information. American journalist Glenn Greenwald published the leaked information for the British left-wing newspaper The Guardian. In August, Greenwald’s Brazilian partner David Miranda was detained at a UK airport for nine hours and had all his electronic goods confiscated under the terrorism act of 2000 (introduced under Blair's Labour government). He was returning after visiting one of the other actors in the NSA revelations, documentary maker Laura Poitras. It was subsquently revealed that the UK government had ordered The Guardian to destroy the hard-drives containing the Snowden files.

In other developments, the 'con-dem' government plans to make internet service providers block online pornography by default, turning porn into an ‘opt-in’ service. While this action may at first seem relatively innocuous, governmental censorship of any kind sets an alarming precedent. It seems likely that other types of ‘inappropriate’ sites may also be automatically blocked if prime minister David Cameron’s 'pornwall' is set up, such as extremist and terrorist related content or esoteric material. Many of the categories are disturbingly open to state interpretation. George Orwell's 1984, the blueprint of dystopian state control, put it thus: 'Who controls the past,' ran the party slogan, 'controls the future: who controls the present controls the past'.

While the government couches its proposal in terms of safety and of protecting children, it is dubious whether governmental organisations should have the power to censor and filter the information available on the internet. For those who argue that the 'innocent' have nothing to fear, the UK government’s proposed anti-social behaviour, crime and policing bill may give some cause for concern. This bill would criminalise anyone who ‘engages or threatens to engage in conduct capable of causing nuisance or annoyance to any person'. That’s pretty broad. Many of us would argue that the bill could potentially violate our freedom of expression. It may also remove the lawful freedoms to assemble and protest. The UK government is attempting to pass measures which would both increase state power and severely curtail civil freedoms in at least England and Wales. The fear is that the public won’t notice, won’t seize their right to protest these authoritarian and oppressive new bills until they are enshrined in law and their right to protest no longer exists. As Orwell said, 'In the end the Party would announce that two and two made five, and you would have to believe it.'